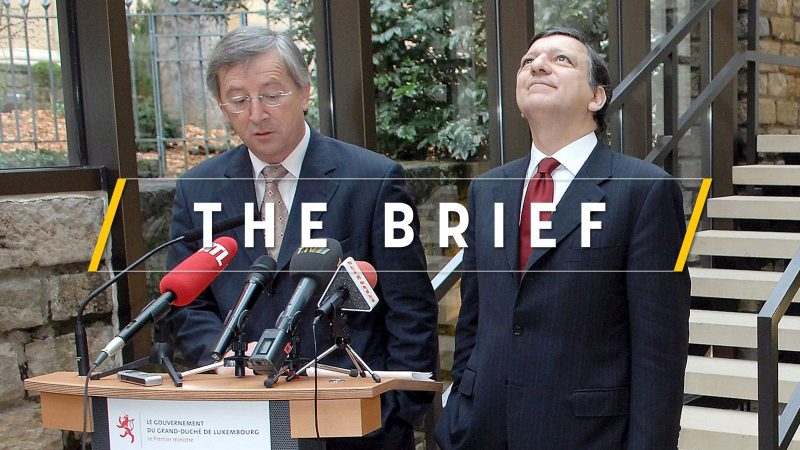 Ursula von der Leyen will have to work hard to demonstrate that her Commission won’t be the member states’ secretariat. The Conference on the Future of Europe should not be window dressing if she wants to prove we’ve not gone back to Jose Manuel Barroso’s era.

Von der Leyen’s controversial election wasn’t the best way to cement her independence. She owed her post to the leaders who handpicked her instead of the top candidates who had travelled across the region asking voters for their support.

When she announced her team on Tuesday, almost every member state had reasons to believe they made the right choice, especially the big ones, but also the troublemakers.

Germany had already acquired the Commission presidency and Spain the high representative post. But France and Italy were also satisfied. Emmanuel Macron’s envoy Sylvie Goulard will handle some of Paris’ top priorities: a new industrial plan for Europe, Defense spending and Space.

Italy’s former prime minister Paolo Gentiloni will lead the review of the Stability and Growth Pact and will police the member states’ debts. No further comment.

By calling the migration portfolio “Protecting the European way of life”, she also pleased countries allergic to newcomers from outside Europe, especially Hungary. But the backlash triggered by the communication gaffe, to say the least, may prove too big for the name to survive.

In the longstanding tension between the intergovernmental and communitarian dimensions, between a union of the states or a union of the people, von der Leyen’s starting point is clear.

But it is not necessarily her end station.

It is true that the recession, the migration crisis, Brexit and many other events have reduced the federalist dream of past decades to the minimum.

And certainly, the EU was forged as a project in which the member states are the “contracting parties” transferring some of their sovereignty, the Treaty says in the opening paragraphs.

But as Article 1 adds, the process is about creating an ever closer union “among the peoples of Europe, in which decisions are taken as openly as possible and as closely as possible to the citizen”.

In her mission letters to her commissioners-designate, von der Leyen said she wants to “strengthen the links between people and the institutions that serve them.”

She would need to go beyond cosmetic initiatives to prove that. Her best opportunity will be the Conference on the Future of Europe to begin next year.

She told MEPs that the conference would bring together citizens and institutions, including the Council, as equal partners, although the scope and objectives will be decided by the three EU institutions.

She promised the conference could lead to legislative action, including the possibility of a treaty change. She also promised initiatives to improve the Spitzenkandidaten system and the transitional lists.

Maybe amending the Treaty’s first paragraph to read “We, the People of Europe” may sound too federalist for some.

But she should certainly take up citizens’ concerns to better protect our workers in the digital age, especially younger generations affected by platform models, or to be stricter against polluters (no matter how big or influential they are).

Her need to prove that we are not back to the pre-Spitzencandidaten era could spur her ambition. Otherwise, she risks turning her mandate into a Barroso III, as the Portuguese Commission chief used to seek Paris and Berlin’s blessing before putting forward his proposals.

Von der Leyen started as the member states’ choice, but she could end up as the citizens’ favourite.

Several French mayors have issued anti-pesticide orders out of precaution, putting pressure on the government, which has launched a public consultation on safety distances for the application of plant protection products

EU’s objective to increase defence spending to €22.5 billion over the next decade is insufficient for its ambitions in the sector, the European Court of Auditors said Thursday n its annual review paper.

If your neighbour’s house is on fire, you will do everything you can to stop it from spreading. The fight against climate change should be conducted in the same way, a Nigerian tree-planting activist told EURACTIV Germany, urging Europe and the US to help Africa fight climate change.

US internet giant Google has agreed a settlement totalling $1 billion to end a tax dispute in France under an agreement announced in court on Thursday.