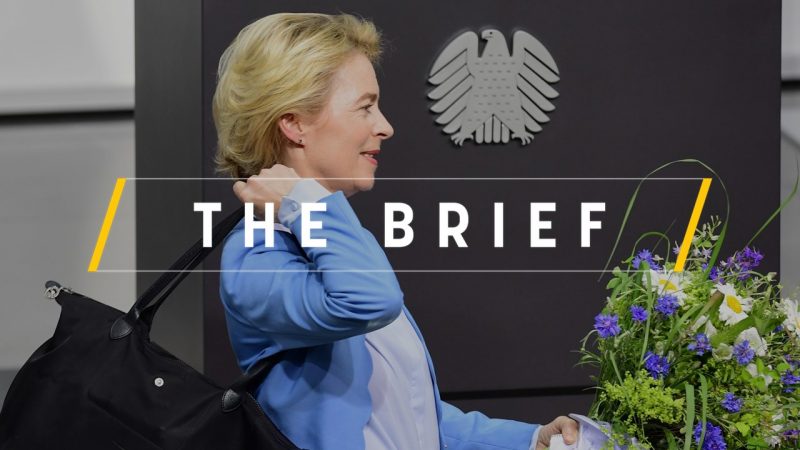 It may be a long shot at this stage, but EURACTIV foresees that Ursula von der Leyen will be able to reach her goal of achieving gender balance in the new EU executive. We will argue that this is a big success.

Although spokespersons keep on repeating that the names circulating as future commissioners may not correspond to the real candidates, or even less to those who will be part of her team, there is already sufficient momentum to presume that the first-time-ever female Commission chief will also be able to achieve full gender balance – if not a slight female dominance.

That would be a very good start for the new Commission chief and she probably knows that. She promised that to the European Parliament and received support from across the political spectrum. A real honeymoon with MEPs is in the making, and there is hope that the hearings of the commissioners-designate will go as smoothly as possible.

Recently Jean-Claude Juncker (whose outgoing team is far less gender balance) revealed that he had rejected several nominations for Commissioners. Juncker succeeded in doing that discretely, preserving the reputation of these personalities. He disclosed this secret just in time so that von der Leyen can walk in his footsteps without being blamed as being too bossy.

Gender is not the only balance in the EU executive von der Leyen will try to achieve. There is also the balance of the political families (previous Commissions have been criticised for not really reflecting the outcome of the European elections, often with many more Commissioners from liberal parties than their electoral performance should justify).

Nevertheless, this time the focus is on gender. It’s almost the political signature of von der Leyen. She comes with less political history than Juncker, but by being the first woman at this high post, she should make the best of this circumstance.

It’s much easier to achieve gender balance in a government, compared to the EU executive. The Spanish government of Pedro Sanchez has 61% of women, after he campaigned on the feminism ticket. Feminism wasn’t a big issue –if at all – in the election campaigns across the EU28, and let’s be fair: if a man had been elected as Commission chief, this would not be his first priority.

So von der Leyen has so far the wind in her sails. Europe needs her success.

National governments across the EU have named their candidates for the next European Commission, which will be headed by Germany’s Ursula von der Leyen. We’ve updated our tracker with the latest bits of news.

Sweden has revealed plans to introduce a new bank tax to fund the country’s future increase in defence spending from 2022, as it revamps efforts to counter Russia’s military build-up in the Baltic Sea region.

Far-right Alternative for Germany (AfD) achieved historical gains in crucial elections in the eastern German states of Saxony and Brandenburg.

Boris Johnson’s prorogation of Parliament may have come as a shock to many but it has stripped away whatever remaining illusions there might have been that the PM was going to abide by British parliamentary traditions, writes Denis MacShane.

According to French President Emmanuel Macron, Europe has made the mistake of systematically handing important European infrastructure in southern Europe to the Chinese. We’ve done a fact-check here.

Switzerland is unlikely to strike a deal with the EU this year over a stalled partnership treaty, its economy minister said, extending an impasse that has hurt bilateral ties and disrupted cross-border share trading.