According to an extensive survey conducted by the ECFR think-tank, Macron and those close to him are only joining a fundamental trend among Europeans, who want Europe to become a geopolitical player. [EPA-EFE/RONALD WITTEK]

It is hard not to see Emmanuel Macron’s influence in Ursula von der Leyen’s speech presenting her team of Commissioner-designates, or in the amount of top EU jobs obtained by France. But the idea of a powerful Europe is also seducing the Germans. EURACTIV France reports.

The previous European Commission had promised to be “political”, but von der Leyen wants to take things one step further. The European Commission President-elect wants a Europe that is “stronger on the international scene”; in particular to fight climate change and safeguard multilateralism.

She wants her Commission to be a “geopolitical” one, and has entrusted the EU’s incoming foreign policy chief, Spaniard Josep Borrell, with the creation of a working group called “A Stronger Europe in the World”.

Although not very German, this vision of a supra-national power blends perfectly with Macron’s speeches. Whether in his Sorbonne address or the speech to French ambassadors at the end of August, the French president appears to be putting the notion of Europe’s geopolitical power at the heart of his project.

“Macron theorised about Europe’s role, and his arguments were taken up by the president [elect] of the European Commission, but there is a European dynamic in favour of this,” stressed Stéphane Séjourné, head of the French delegation of Renew Europe, who says he is satisfied with the new team of proposed Commissioners and this power approach.

Among the other parties, François-Xavier Bellamy of the conservative European People’s Party (EPP), supports the new Commission, especially in its conservative approach to the question of migration.

Like former EPP Spitzenkandidat, Manfred Weber, Bellamy also favoured the migration portfolio given to the Greek Commissioner being labelled “European way of life”. The left and the Greens, however, denounced it.

Except for more extreme parties,  there is a consensus on strengthening the EU’s power on the geopolitical scene.

According to an extensive survey conducted by the ECFR think tank, Macron and his entourage are only joining a fundamental trend among Europeans, who want Europe to become a geopolitical player.

Of the 60,000 Europeans surveyed by YouGov, a growing number believed that if Europe were to collapse, the most significant loss would be that of a bloc that could counter the power of the US and China. This is what 34% of the French, but also 30% of the Germans, and 27% of Spaniards believe.

France, as a driving force in this move, has also gone on the offensive when it comes to responsibility, which is causing friction in Germany. In addition to influencing the appointment, speeches and even choices made by von der Leyen, France has obtained a vital post in the Commission. French Commissioner Sylvie Goulard was designated to manage the internal market and defence portfolio.

France also retained control of the Brexit negotiations since Michel Barnier has kept his post. And the European Central Bank will be managed by Christine Lagarde, who was appointed to be the institution’s next managing director.

Other member states could well be jealous at such a list. But this also reflects how French diplomacy approaches this issue, where the previous Hollande administration had given up on the matter.

A change of course  for Germany

In Germany, the election of von der Leyen, who is part of Chancellor Angela Merkel’s inner circle, is raising hopes that the country will become active on the European stage, once again.

“I’m waiting for that!” said Franziska Brantner, a member of the Bundestag and spokesperson for the Green Parliamentary Group (Bündnis 90/Die Grünen) on European Policy.

“Germany needs to put an end to its ‘no’ policy towards all ambitious European policy initiatives launched to address the climate crisis challenge,” she said.

The Green MEP pointed out that even if it is late, there is still time for the Chancellor to mobilise her government to finally respond to the French president’s proposals, “which he has not stopped putting on the table in recent years”.

“Germany needs to seize this opportunity to retake an active role in Europe. Since the beginning of the euro crisis in 2008, it had reduced its role to putting a halt on any new initiatives,” she added.

However, according to the MEP, things seem to be moving since von der Leyen was appointed to lead the new Commission.

She pointed out that the president-elect included in her programme specific pledges such as the mobilisation of one trillion euros over ten years for developing countries to finance the fight against global warming. “Germany, I hope, will not oppose it,” she said.

Invisible positions but a strong influence

While von der Leyen’s speech reflects France’s visions, this does not mean that Germany intends to give way. It continues to exercise its influence through the various positions in the European institutions.

“These are positions that are less exposed than those of the Commissioners, but still decisive,” explained Claire Demesmay, a political scientist and expert on Franco-German relations at the German Institute for Foreign Policy (DGAP).

She highlighted that these positions include those of secretaries-general, where the Germans are well-placed, as well as group presidents or vice-presidents, where France is certainly better placed but where German influence remains strong.

Besides, although the tandem of Ursula von der Leyen and Sylvie Goulard may give the impression of true harmony between France and Germany, real disagreements between the two countries remain.

“On the issue of digital taxation, there are still differences between the two countries, as well as on defence and industrial policy issues. There is a series of issues where we are still far from reaching an agreement,” observed the political scientist.

However, beyond the Franco-German divide, the position of EU member states on the new European budget will determine whether the new EU Commission will have the necessary room for manoeuvre to implement its roadmap.

“The adoption of the European budget will be crucial. How will member states determine their priorities? Will the budget follow the Commission’s roadmap,” the political scientist wondered.

Brexit, in particular, will change how the cards will be dealt.

“With Brexit, new balances are emerging that go beyond the simple 28-1 equation. We are witnessing different power relations,” Claire Demesmay explained.

“The Netherlands, for example, is making its voice heard more and more. It will now be the one bringing the discourse of a liberal and orthodox Europe when it comes to financial matters,” she added.

She also underlined the role that Italy could play.

“Following Brexit, and provided that the domestic situation stabilises, Italy could join France and Germany to widen the circle and form a new trio. A new chapter with new balances is opening, and Europe is on the move,” the political scientist added. 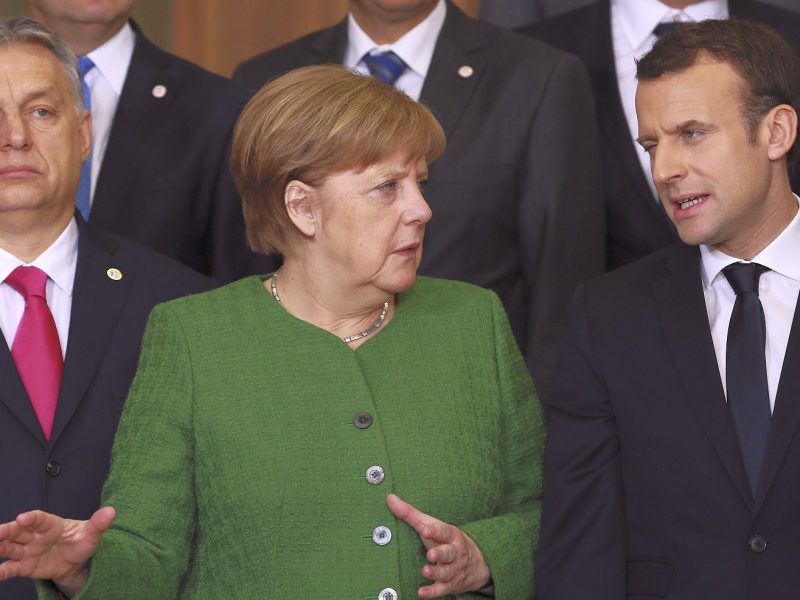 As the 28 EU leaders meet on Thursday (20 June) to appoint the new leaders of the European institutions, it is still uncertain whether they will reach an agreement on the EU’s top jobs, with Franco-German tensions simmering in the background. EURACTIV France reports.