During a citizen debate organised in Paris on 15 March, around 40 young people posed questions to Mariya Gabriel, Commissioner for Digital Economy and Society, and Mounir Mahjoubi, French Secretary of State in charge of Digital Affairs.

The debate, broadcast live on Facebook Live, accounted for 4,600 views and hundreds of shares.

“Data protection, the fight against fake news, supporting innovation, the digital single market : there are many subjects to address,” the presentation of the debate on the Facebook page of the European Commission in France set the tone for the event, even though there were too many subjects for a debate that only lasted one hour.

Some participants found the format frustrating: “Next time, make sure the debate lasts more than an hour. Plan ahead, as each subject is interesting. It was more important to start on time rather than reduce the speaking time,” one internet user wrote on Facebook.

The Commission answered saying that it had done its best to organise the debate according to “the Commissioner’s and the minister’s busy agenda”. And a “top-down” approach, in which the Commissioner descends from her ivory tower to spend a few minutes talking to the masses, does not always go down well.

Nevertheless, the Commission is running on a tight schedule. It says it has organised 500 debates of this type since 2012, and aims to organise 500 more between now and the May 2019 European elections.

“Almost 500 of these interactive public debates have been held in 160 locations since 2012, and the Commission will increase their frequency between now and the European elections in May 2019, with the aim of reaching around 500 more events,” said a Commission statement from mid-February.

This figure seems to be the cornerstone of the Commission’s communication strategy.  “we have already organised 500 citizen debates,” said Mariya Gabriel before the end of the dialogue in Paris.

The Commission often sends out one of its 28 Commissioners to preach the good word about the benefits of the EU and respond to criticisms by European citizens that the elite is too far removed from its concerns. However, in practice, these debates are more in line with the Commission’s communication strategy rather than an in-depth discussion with citizens. 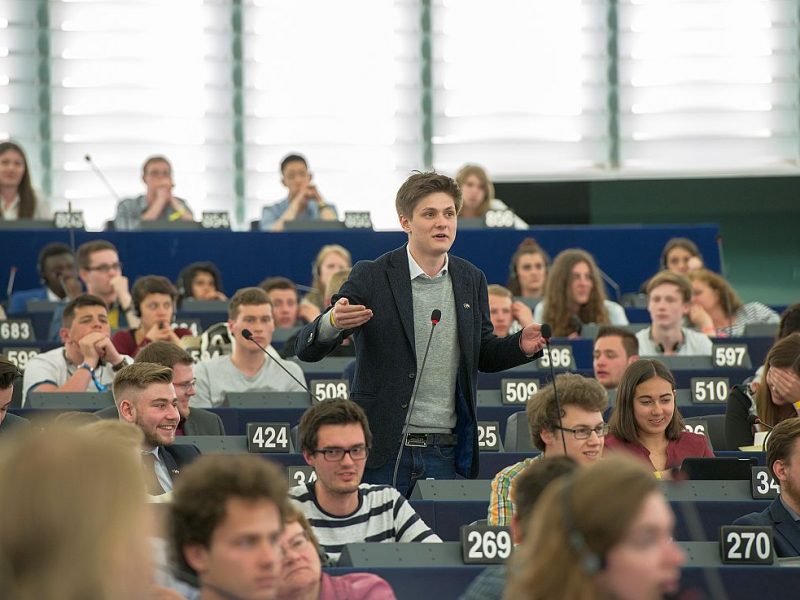 This is how Transport Commissioner Violeta Bulc visited Covilha University in Portugal on 4 March. On the same day, Vytenis Andriukaitis was in Sofia, Bulgaria, and two days before at the International Agricultural Show in Paris. While Günther Oettinger, Commissioner for budget, was in Malta on 1 March to talk of the multiannual financial framework.

The format is often as follows: a large number of citizens who turn up, a great many questions, but concise, and sometimes very hazy answers when the questions veer off into the politically incorrect. This is followed up by lots of photos, and then it’s time to get back on the train for Brussels.

The Commission believes these dialogues will motivate citizens to turn out and vote in the European elections, by including them in the debate on the future of Europe, but they fail to restore the image of an EU too often perceived as too framed and hierarchical.

“It is necessary to generalise citizens’ consultations, and not just start the dialogue two months before the European elections. We must start in 2018,” said Mounir Mahjoubi, referring to the French version of citizen dialogues, an idea launched by Emmanuel Macron.

However, to achieve that, France is taking a different path than the Commission: starting the debate in civil society without involving the institutions.

Will the method change things? In the aftermath of the French President’s election, French trust in the EU greatly improved, going from 26% to 41% according to the autumn 2017 Eurobarometer, published on 15 March. However, six months later, only 33% of the French say they “tend to trust” the EU.