By Georgi Gotev | EURACTIV with BulgarianPresidency.eu and EURACTIV.com with Reuters

German Chancellor Angela Merkel and Greek Prime Minister Alexis Tsipras prior to the Informal meeting of the 27 European Heads of States of Governments in Brussels, Belgium, 23 February 2018. [Olivier Hoslet/EPA/EFE]

Tsipras told the FT he was open to a special agreement with Berlin to curtail the “secondary movement” of refugees that arrive at the European Union’s southern border but then journey north to Germany and added that the EU’s existing rule book for allocating responsibility for asylum-seekers was “out of life.”

Merkel said on Sunday at the mini-summit on migration at 16 that she would seek direct deals with separate European Union states on migration, conceding the bloc had failed to find a joint solution to the issue threatening her government.

“We have to find a way, in the framework of the international law, to share the burden and to not have this unfair position for the frontline countries but also for Germany. Because it’s not fair all these people to go to Germany, if we believe that this is a European problem,” the FT quoted Tsipras as saying.

Tsipras said any agreement with Germany would not have significant knock-on effects on Greece as only between 50 to 100 asylum seekers a month are crossing the country’s northern border, according to the report.

Reportedly Germany has asked several member states for assistance on “secondary movements”, which apparently is a new term to designate taking back migrants.

A diplomat from a Visegrad country said yesterday that his capital wanted to “help Merkel”, but  added that “she needs to say how”. It can be deducted that Germany didn’t sent such requests to the Visegrad countries.

At the Sunday mini-summit, Bulgarian Prime Minister Boyko Borissov said Bulgaria would not tale back any of the 60.000 refugees who were first registered in Bulgaria.

“First, before they send them back to me, they should agree that we build prisons and keep them in prisons”, he said, adding that migrants assigned to stay in Bulgaria have been caught “30-40 times” trying to cross Bulgaria’s borders “because they don’t want to stay with us”.

At the mini-summit, Italian Prime Minister Giuseppe Conte has said his country would not take back “all the secondary movement migrants”.

Italian PM Giuseppe Conte position before the Migration mini-summit and the EUCO: "Italy will not take back all the secondary movements migrants".

French lawyers recently said they will file a complaint against Bulgaria and ask the European Commission to start an infringement procedure for inhumane treatment of asylum seekers by the country’s authorities. 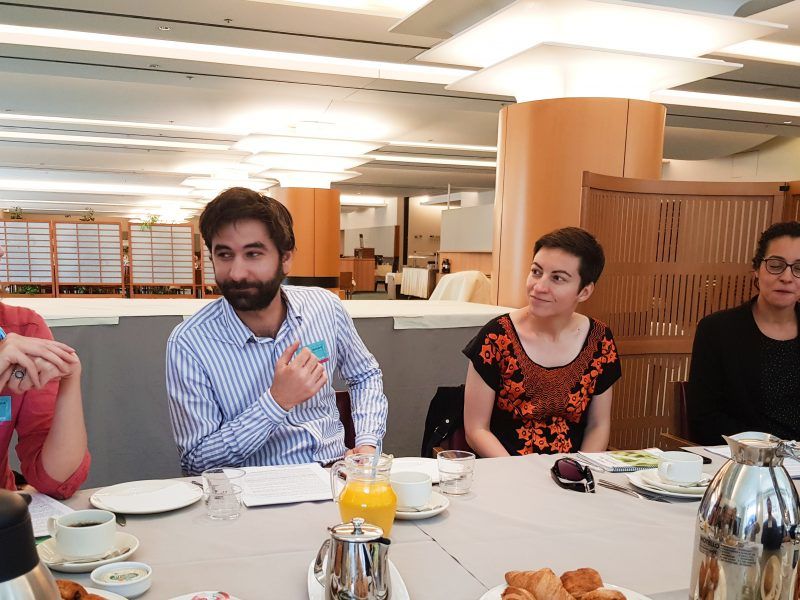 According to the Dublin system, the country in which the asylum seeker first applies for asylum is responsible for either accepting or rejecting the claim, and the seeker may not restart the process in another jurisdiction.

But diplomats say “Dublin is dead” and that the principle of the responsibility of the first country should be scrapped altogether, because too much pressure is put on Greece and Italy.

Merkel is under pressure to get EU leaders at the two-day EU summit starting today to agree to share out migrants more evenly to placate her conservative allies, Bavaria’s Christian Social Union (CSU).

CSU allies have given her until the end of the EU summit to reduce the burden of immigration on Germany, which has taken in 1.6 million migrants since 2014. Otherwise, they will defy her and impose border controls, which could collapse the chancellor’s fledgling coalition.

Interior Minister Horst Seehofer yesterday said his Bavarian conservatives were not seeking to break up Germany’s coalition government or oust Merkel, and he expressed optimism they could resolve their dispute over migration.

Seehofer, leader of the Christian Social Union (CSU), told German television he continued to work constructively with Merkel and solutions could be found to satisfy the CSU, which is scrambling to win back voters lost to a far-right party before October regional elections.

One response to “Tsipras to bail out Merkel on refugees”