UK officials told reporters that the country “will meet its legal obligation, and our officials remain in regular contact with the president-elect’s team,” in what is a reversal of Prime Minister Boris Johnson’s refusal to nominate a candidate.

The PM said in an official statement in July that “we will not nominate a Commissioner for the new Commission taking office on the first of December, under no circumstances”.

But on 6 November, von der Leyen wrote to Johnson requesting two names for the post, one male and one female. The UK was given an informal Monday deadline to make its decision but at time of publishing no candidate had officially been named.

A Commission spokesperson told reporters earlier on Monday that no name had been communicated but that “we are expecting an answer today”.

As part of a European Council compromise to extend the Brexit deadline until 31 January, government heads insisted that the UK must fulfil its current obligations as an EU member, including the “obligation to suggest a candidate for appointment as a member of the Commission”.

EURACTIV understands that legal advice requested by the Commission has concluded that von der Leyen’s executive could take power without a UK representative and that the president-elect’s only obligation was to at least ask for a name. 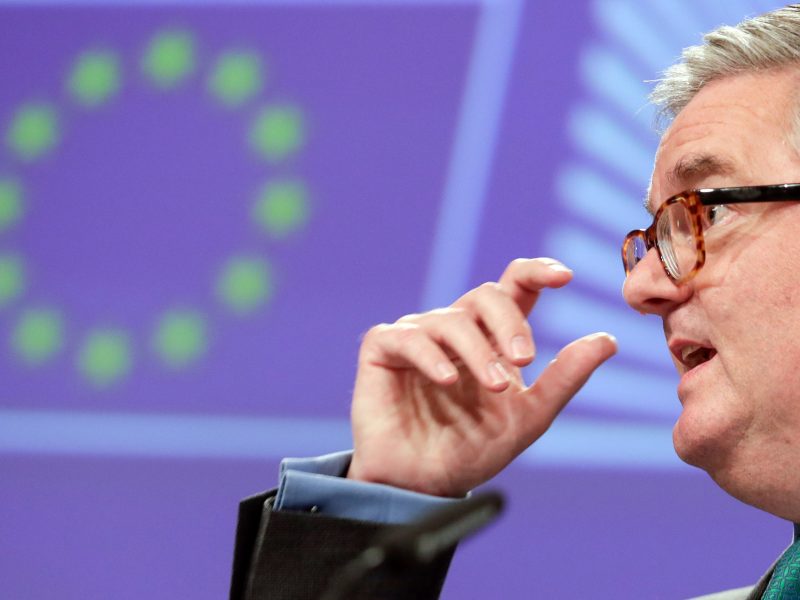 Who could it be?

Von der Leyen has pledged to lead a gender-balanced Commission but the count is currently 15 men and 12 women, after Romania decided to name MEP Adina-Ioana Vălean as its candidate last week.

The effort to salvage the equality promise could undermine the chances of incumbent Commissioner Julian King staying in the job, although the president-elect did allow Emmanuel Macron to name just one male candidate after Sylvie Goulard was blocked by the European Parliament.

King is currently the head of the EU’s security union policy and has recently been heavily involved with assessing risks to the bloc’s roll-out of 5G mobile networks.

A direct successor has not been appointed by von der Leyen in her new team, although Vice-President-designate Margaritis Schinas is set to oversee many of the areas in King’s portfolio.

The politically-unaffiliated former ambassador has repeatedly told Brussels-based reporters that the UK government has not approached him about extending his mandate.

Three Commissioner nominees still need to be vetted by the Parliament and later on Tuesday, MEPs on the legal affairs committee (JURI) will look into the declarations of interests made by candidates from France, Hungary and Romania.

If they pass muster then Thierry Breton, Olivér Várhelyi and Vălean will face questions and scrutiny in three separate hearings on Thursday (14 November). A vote on the full Commission by the Parliament is still pencilled in for 27 November in Strasbourg.