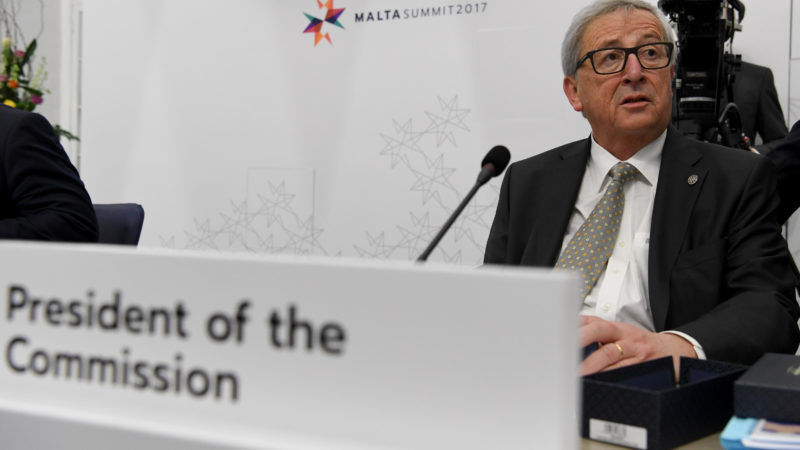 Jean-Claude Juncker said the United Kingdom is "expected to respect the commitments they made". [European Commission]

Britain will have to pay a “very hefty” bill to leave the European Union and negotiating a new relationship with the bloc will take years, European Commission chief Jean-Claude Juncker warned today (21 February).

Prime Minister Theresa May hopes to trigger the Brexit negotiations by the end of March following the shock referendum in June last year.

“It will be a difficult negotiation that will take years for us to agree on the exit terms and on the future architecture of relations between the United Kingdom and the European Union,” Juncker told the Belgian parliament.

“The British must know – and they know it already – that it will not be at a discount or zero cost,” the former Luxembourg premier said in his hour-long speech.

“The British are expected to respect the commitments they made. And so the bill, to say it a bit coarsely, will be very hefty,” added Juncker.

European sources said Brussels could hand Britain an exit bill of up to €60 billion to cover commitments already made by London toward the EU budget.

The European Commission has declined to provide any figure until now.

“We must settle this matter, not with a heart filled with hostility but with the knowledge that the continent owes much to Britain,” Juncker said, referring to Churchill’s role in defeating fascism.

“But we must not be naive either,” he added.

The European Commission has denied that President Jean-Claude Juncker could resign in March, as reported by La Repubblica.

16 responses to “UK to be hit with ‘very hefty’ Brexit bill, says Juncker”