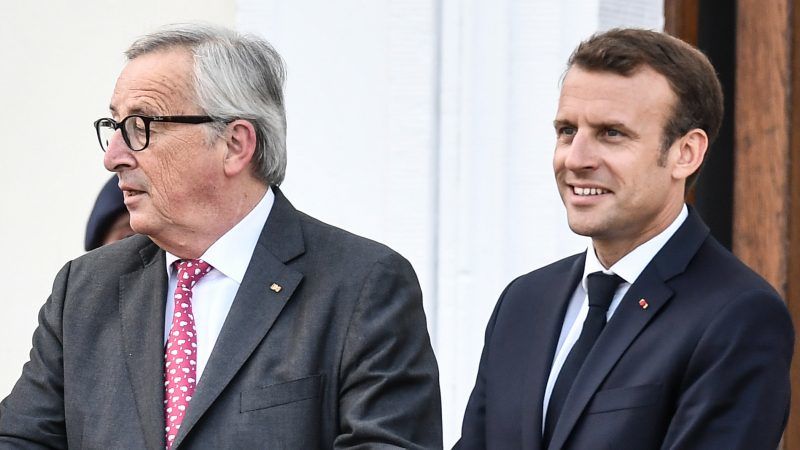 The result of the meeting was not surprising because the economic and fiscal interests of Germany and France are far apart, although there are significant areas of common interest in fields like defence and asylum policy.

Accordingly, the German government approached the debate with a cool-head since Macron presented his much-quoted proposals for a eurozone budget and finance minister.

After all, from the point of view of the German government, the status quo is not so bad: no communitization, hardly any transfers from strong to weak member states, with the burden of adjustment lying especially with the domestic economies in the south.

But it is obvious to many that there is no way ahead if a complete blockade remains in place. Without additional stabilization, the entire monetary union threatens to disperse sooner or later.

What did Chancellor Merkel and President Macron actually agree on in Meseberg? On the one hand, on quite a lot of phrases: one is committed to open markets and multilateralism, one wants to deepen the single market, sustainable growth, a world-class industry and so on.

In addition, there are many convoluted sentences like “to change the intergovernmental ESM treaty to integrate a common fallback instrument, improve the effectiveness of precautionary measures for member states, and strengthen its role in assessing and monitoring future programs”.

Many paragraphs are structured in such a way that anybody reading them can interpret them along different lines.

The European Stability Mechanism (ESM) should be developed into a European Monetary Fund (EMF), according to one reading of the document, but the reality is quite different.

Firstly, it is meant to remain intergovernmental, but in a second step, it could also be transferred into EU law. Moreover, it is to be extended by a “backstop instrument”, while the importance of conditionality is emphasised.

The mechanism should also play a bigger role in monitoring programmes but the Commission’s role should not be diminished and the IMF should somehow stay in the game.

In addition, the new fund should play a limited back-up role to the banking union, meaning it is both something and nothing.

The same applies to the agreements on the eurozone budget, which should be set up for the eurozone area but within the EU framework.

The budget will be filled with national and European contributions, as well as with taxes. The size of the pot is expected to depend on the negotiations on the Multiannual Financial Framework (MFF).

A “stabilization fund for unemployment” should also be examined in this context but only so that no transfers arise. A working group is being set up to work out those details.

Any hope that these agreements will actually lead to something tangible must be tempered against the fact that the last Franco-German working group on the issue recently wrapped up with no significant results to speak of.

Commission President Jean-Claude Juncker, who joined Merkel and Macron in the evening, expressly praised the agreements afterwards but his backing is unlikely to change anything.

But Juncker was at least satisfied that many of the Commission’s proposals had been taken into account and he believes that the statement is suitable to reach a consensus.