20 Visions for Europe: ‘Brexit and the future of the EU’ 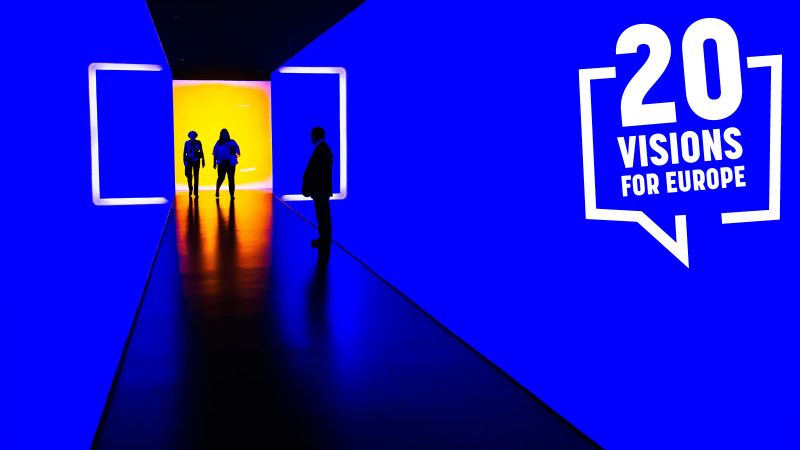 Caroline Voaden was elected as an MEP for the UK Liberal Democrats in May 2019.

This op-ed is published as part of the project 20 Visions for Europe, gathering unique visions from public officials, intellectuals, artists, diplomats, athletes, civic actors and business representatives. The project is part of EURACTIV’s celebration of 20 years of free, independent reporting with European values at its core. The partner of the project is Stars4Media.

Caroline Voaden is a former Reuters journalist who has worked extensively across Europe including in the Netherlands, Germany and Serbia and later as bureau chief in Croatia. She was elected as an MEP for the UK Liberal Democrats in May 2019.

I may be one of the shortest-lived MEPs in the history of the European Parliament if an ill-advised and badly thought out Brexit plan goes ahead. I sincerely hope this won’t be the case.

And I am aware that my view of Europe over the next 20 years could be seen through the eyes of a reluctant outsider, shut out of the room where the most important conversations are being held.

There are hundreds, if not thousands, of people involved in the European institutions who look on at the horror show that has become the British political stalemate and think ‘There but for the grace of God…’

We all know that a Brexit type referendum could have produced the same hideous scenario in any number of European member states – but I am convinced that does not mean the EU is a doomed project.

What it does mean is that the EU has done a fairly woeful job at communicating its purpose and value to millions of European citizens, and this is something it must pay attention to if it is to survive and thrive.

We have heard years of arguments in the UK about how undemocratic the EU is, how it is nothing but a big bureaucracy run by unelected officials that absorbs billions of pounds and has delusions of empire. Yet what I have seen in the short time I’ve worked here as an MEP is something quite different.

I see a vast organisation that has grown organically from small roots and been overtaken somewhat by its own success. A structure in which people speaking 24 different mother tongues come together to thrash out legislation that they believe will drive this continent forward in the best possible way.

Countries that have buried the horrors of war and tried to grow and learn from an experience they never want to repeat. A cross-cultural experiment that is ambitious, fun, exciting and so incredibly complicated!

It is, without doubt, an organisation that needs to catch up with itself. Like a teenager that has shot up in height but not filled out yet, the EU needs to adjust its structures and systems to cope with having 28 Member States.

And that’s exactly why I want the UK to remain in the EU, and one of the reasons I want to stay here as an MEP – to help drive the EU forwards as a more democratic, accountable organisation that listens to the people who actually elect its MEPs.

There are signs that right across Europe people want to see reform, and in the next 20 years, Europe must do exactly that if it is to survive.

Lawmaking must be easier and faster. The EU must find ways to react to new political, environmental and societal realities – climate change being the obvious example.

It’s not good enough for a piece of legislation to take five years to wind its way through discussions, proposals, committees, council and trilogue.

MEPs must be allowed to initiate legislation that is enacted upon while still relevant.

The election of the leading actors in the European institutions must be more transparent and accountable.

And Europe MUST act on climate change.

Words are easy. But the world needs to see real commitment and clear action on policies that span every sector from trade to energy to agriculture to transport. National governments won’t do what is required on their own because they are subject to the vagaries of their electorates.

So the EU must act – and member states must let it get on with the job.

The EU has the power to enforce legislation and must use it. It must be bold, visionary and scared of neither man nor money.

The EU is without doubt one of the world’s most ambitious political projects. Let’s now make it the planet’s most ambitious change agent, so that it can lead other nations to a cleaner, greener future for us all.

One response to “20 Visions for Europe: ‘Brexit and the future of the EU’”