A democratic European Federation is a necessary next step after CoFoE 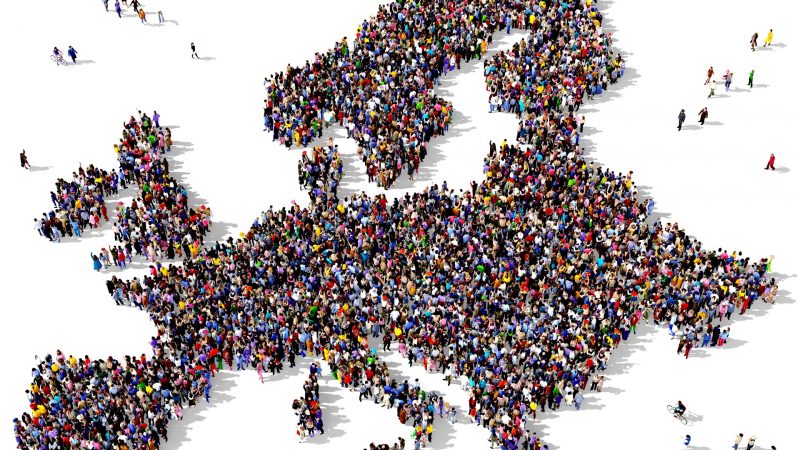 The outcomes of the Conference on the Future of Europe create the opportunity to finalise the European project and establish a democratic European Federation that can face the most pressing global challenges while promoting its values at home and abroad. This endeavour should be spearheaded by a coalition of the willing, while keeping its doors open for others.

After a year of deliberations engaging thousands of Europeans, the Conference on the Future of Europe (CoFoE) was concluded on 9 May. Its recommendations share a common theme: a demand for a more united, effective and democratic Europe. They include proposals for reopening the discussion on a European Constitution, strengthening the European Parliament, moving to qualified majority in all decisions that require unanimity, better protection of the fundamental values, new EU budget resources, a European army, a human rights-based migration policy, more Union competences in health, social affairs and education, and a stronger commitment to the enlargement process.

Mario Draghi used to say, when ECB President, that “sovereignty is the capacity to solve problems”. This is exactly what citizens have been demanding when mentioning the need for more European competences. Institutions need to solve issues rather than engaging in the usual buck-passing and scapegoating of “Brussels”.

The Conference made it clear that citizens, when consulted directly, exhibit a more ambitious and forward-looking attitude than many national politicians who claim to represent them. Europeans, as a collective, show value-based pragmatism, demanding an EU that can solve its most pressing problems effectively while serving its people well and never betraying its fundamental values in the process.

It is not surprising then that citizens are now claiming a stronger European Parliament; an “Executive Commission” that is closer to a real government and further from a hybrid and politically lame institution we know today; and a veto-free Council more similar to a “Senate” than an intergovernmental body blocking every political initiative, even when it’s necessary to defend democracy and the rule of law.

The Conference showed everyone that European people are not interested in empty rhetoric about national sovereignty. They are claiming their own sovereignty, not “represented” enough by the current institutions.

A Treaty change process is the only possible way to actually realise citizens’ requests because what came out of the Conference is not a simple list of proposals – it is a glimpse on what Europe should be. Realistically, an institutional reform is needed to implement the policies and priorities addressed by the citizens.

There is already a strong commitment of the European Parliament to implementing the CoFoE proposals, including by calling for a Convention to start a treaty change process. Several member states have shown open support for institutional reforms and a green light came from the Commission, too.

Although well-initiated, the process will be difficult and the method will be as crucial as the contents. Implementing citizens’ proposals by excluding them from the process itself would be a political mistake.

If it is to be a Convention, it will be then important that, as was the case at the Conference, European and national institutional representatives are joined by Europeans. When reference is made to this group which is generically called ‘citizens’, we are not only referring to representatives randomly chosen, but also to organised civil society. Its role of animating and involving the European people must indeed be acknowledged as central.

Recognising the European People as a whole, not only the member states, as actors of the European Union would be a Copernican revolution. This approach would have  consequences for the method and define what Europe is and represents.

Beyond the Convention, it would indeed be contradictory to imagine a process ending with an intergovernmental conference that, by taking decisions by consensus, would inevitably water down the conclusions of the Convention itself. A “member state” double check would be a non-transparent way to reject some of the Conference recommendations. Furthermore, the unanimous ratifications of the reform would be the umpteenth way to block any courageous step for a more united EU.

The Union is already composed of multiple circles such as the Eurozone, the Schengen area, or the Permanent Structured Cooperation. These forms of multi-layered integration show that “going together or not at all” is a false dilemma created by those who want to retain the current dysfunctional European model while living in their delusions of 20th century-style nation-state grandeur.

If implemented entirely, the CoFoE proposals would in fact lay the groundwork for a democratic European Federation based on a genuine constitution. This political entity should have defined competences in foreign affairs, the protection of democracy and human rights, climate action and sustainable energy, trade, security and defence, migration, health, macroeconomic stability, monetary policy and some aspects of the digital sphere. Other areas should be left at national and local levels of governance in line with the subsidiarity principle.

This would help create a Europe that goes beyond countries and EU borders, which is not a hostage to some member states’ vetoes, but a truly democratic global actor, capable of protecting European people and its future; not a collection of states, but a political community of values, a community of destiny.