A global Europe in action 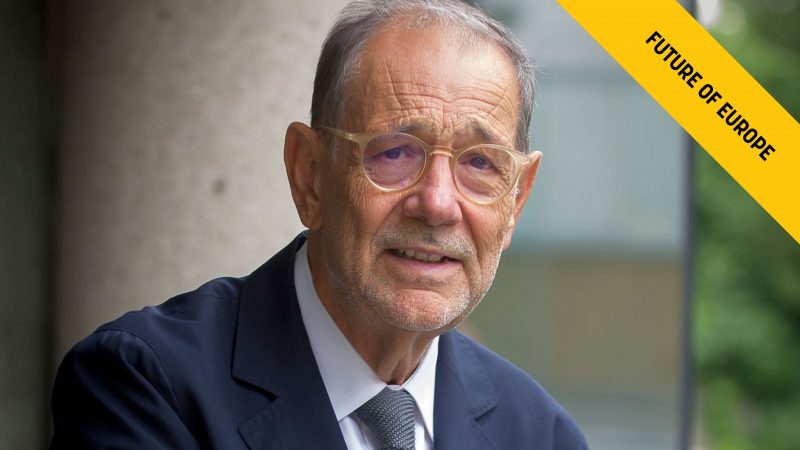 Javier Solana: If the EU wants to secure its position as a top-tier geopolitical player, it should overcome self-doubt and learn by doing. [Esade]

The Conference on the Future of Europe can catalyse much-needed reflection on how to revamp the EU’s external action. But, most importantly, if the EU wants to secure its position as a top-tier geopolitical player, it should overcome self-doubt and learn by doing, writes Javier Solana.

Javier Solana was the EU’s high representative for common foreign and security policy, secretary-general of NATO, and foreign minister of Spain. He is now president of the EsadeGeo Center for Global Economy and Geopolitics and distinguished fellow at the Brookings Institution. He contributed this opinion piece exclusively to EURACTIV.

In recent years, much has been made of the return of great-power competition. Indeed, we live in an era of pervasive nationalism, exploitation of interdependence through sanctions and other coercive practices, and increasing mistrust among countries.

Multilateral cooperation has become less of the norm, despite the need to address collective threats like COVID-19 and climate change. As China grows ever more assertive and US hegemony starts to show a few cracks, the rest of the world appears to be holding its breath.

Some in the EU worry that we will be unable to react to the imperatives of a burgeoning bipolarity characterised by raw power politics. However, presenting the challenge ahead in this manner is already a recipe for failure. A bipolar order is by no means an inexorable scenario, and the EU need not be confined to a reactive role.

Rather than trying to emerge unscathed from the tectonic shifts in the global arena, the EU should seek to influence those shifts proactively. From antitrust policy, to data protection, to sustainable finance, the EU has proven time and again that it can do just that, by leading other countries in its preferred direction.

Not just as an effect of the EU’s international allure, but also because of its economic weight and the size of its single market.

Europe can use these levers to advance its social model. Whereas the US tends to cherish the market and China leans more heavily on the state, the EU has traditionally held the middle ground and emphasised to a greater extent the protection of the individual.

Our welfare states are currently under strain, but still represent our greatest achievement. And the tailwinds are picking up, with the IMF advocating selective tax hikes to mitigate inequality, and the US building on its pandemic response to embrace a more progressive socio-economic paradigm.

As we launch the Conference on the Future of Europe, there are solid grounds for optimism about the EU’s geopolitical prospects, but there can be no excuse for naïveté. It is clear that the EU will not fulfil its potential as long as it remains crippled by internal shortcomings, due to insufficient integration in key areas such as health and fiscal policy.

Moreover, the EU’s external action continues to suffer from weak coordination between institutions, strategic divergences between member states (compounded by the unanimity requirement in our common foreign and security policy), and inefficient fragmentation of resources.

It is thus critical to come up with realistic proposals – and not just lofty statements – on how to streamline and optimise the EU’s external action.

One contribution to this collective endeavour will come from the brand-new “ENGAGE” project, a pan-European research consortium coordinated by the EsadeGeo Center for Global Economy and Geopolitics, which I chair.

The reflective work carried out by this and other related projects should go hand-in-hand with bold political leadership and tangible, swift steps. In other words, we must learn by doing.

Our most immediate priority should be to pluck low-hanging fruit. A few years back, this approach crystalised in the Permanent Structured Cooperation (PESCO), which has enhanced coordination on defence matters among EU member states and contributed to reducing the waste caused by excessive industrial fragmentation in this domain.

PESCO was written into the 2009 Lisbon Treaty but didn’t take shape until 8 years later – which shows that sometimes the path is already charted, and just needs to be walked.

In addition, we should persevere in the archetypal modus operandi of the European project, as envisioned by Jean Monnet himself: taking advantage of any crisis that may affect us in order to further integration.

Since the Great Recession, there have been plenty of so-called “existential moments” for the EU. And yet, our Union has not fallen apart, as many predicted; instead, it has continued to develop mechanisms of shared governance.

The COVID-19 pandemic can serve as another spur to strengthening our defenses, and so can other challenges such as the increasingly fraught relations between the US and China.

If European countries aspire to play in the big leagues through the coming decades, they cannot go it alone. By pursuing a more cohesive foreign policy and leveraging our multiple assets, we can equip ourselves for any type of competition, while leaving enough room for cooperation.

Because it is glaringly obvious that the EU needs the rest of the world – and vice versa. As an epitome of multilateralism, no other entity is better placed to champion this notion and to help it regain its lustre.

The Conference on the Future of Europe will provide a valuable framework to redefine the EU’s international role. However, to find the right answers, we must first ask the right questions.

For Europe, the 21st century should not be about navigating a precarious and conflictual bipolar setting, but about constructing a robust and responsive multipolar order. The foundations of a “global Europe” already exist, but if we are to become architects of our own future, we also need a renewed vision. And, most importantly, resolute action.