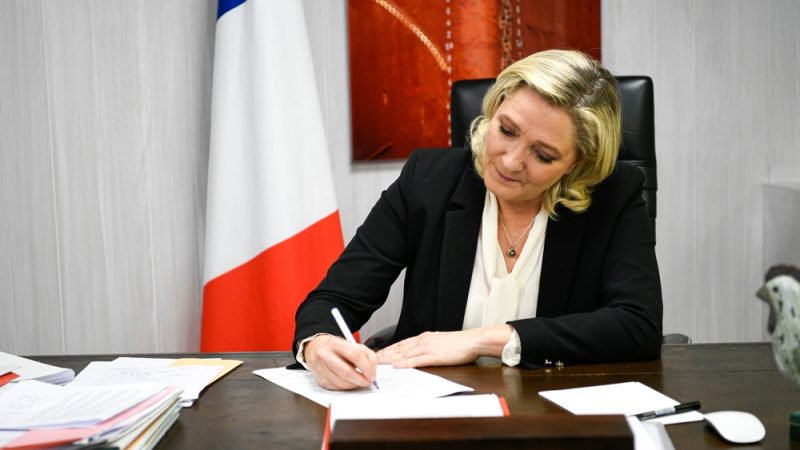 ‘Frexit’ may be off the menu offered by Marine Le Pen ahead of Sunday’s crucial presidential run off against incumbent Emmanuel Macron but the threat of a seismic shift to France’s position in Europe looms large ahead of polling day.

‘Frexit’ may be off the menu offered by Marine Le Pen ahead of Sunday’s crucial presidential run-off against incumbent Emmanuel Macron but the threat of a seismic shift to France’s position in Europe looms large ahead of polling day.

Strategists at Citi put the probability of a Le Pen win at 35%, while other analysts have warned that her triumph would shake financial markets even more than the victories for Brexit and Donald Trump in 2016.

Regardless of whether Le Pen wins on Sunday, her brand of conservative nationalism, which is deeply populist, is gaining strength, in France and across Europe.

Brexit was one example, while Hungary’s Viktor Orbán, fresh from securing a fourth consecutive landslide, has perfected it as an election-winning strategy.

Orbán publicly endorsed Le Pen’s bid for the French presidency via video at a rally in February.

“Poland, Hungary and myself all probably share a common vision of the necessary transformation of the EU into an alliance of nations, as we do for the necessity of the primacy of national law over EU directives,” Le Pen said while on the campaign trail earlier this week.

A logical next step would be to intensify efforts to unite the right across Europe.

As populism surges, the moderate Christian democrat and conservative parties that governed Europe for most of the last century are losing support. In France, the Republican party failed to obtain 5% in the first round and faces extinction.

An opinion poll in the UK earlier this week found that 37% of those who voted for Boris Johnson’s Conservative party in 2019 would vote for Le Pen, were they in France, while just 24% would support the centrist Emmanuel Macron.

The margin is even greater among Leave voters in the 2016 Brexit referendum, who prefer Le Pen over the current president by 35% to 19%. Remain supporters, meanwhile, back Macron by a nine to one margin.

The numbers are a sign of how far the UK Conservative party has moved to the populist right.

However, Farage himself, and Boris Johnson, both have the Teflon touch of being able to constantly rebrand themselves and giving the impression that they are in tune with the concerns of ordinary people. Le Pen, too, has detoxified the brand of her party Rassemblement national.

Although London is watching the French elections closely, few believe that the results will make much difference to UK relations with France and the rest of Europe.

The main change Le Pen is offering is to revamp the Lancaster House treaty, the Franco-British defence and security cooperation treaty first signed in 2010, at the expense of reduced defence cooperation with Germany and NATO.

She also expressed her admiration of the so-called Global Britain project during the presidential debate with Macron this week.

Elsewhere, her programme on the EU is comparable to that of successive UK Conservative leaders, including David Cameron.

“We want to reform the EU from the inside,” Le Pen has said, adding that “the more we free ourselves from the Brussels strait-jacket while remaining inside the EU, the more we will turn ourselves to the wider world. It seems to me that’s what the English have well understood.”

However, a European Alliance of Nations that would ‘aim to gradually replace’ the EU, sounds suspiciously like a gradual withdrawal plan from the EU.

Similarly, the idea of reintroducing permanent border controls between Schengen members would limit access to social security and housing to anyone without at least one French parent.

Likewise, slashing France’s EU budget contributions and requiring the government to ‘buy French’ in procurement contracts all point towards the EU exit of the bloc’s founding member, its second-biggest economy and biggest military power.