By Sophie in 't Veld 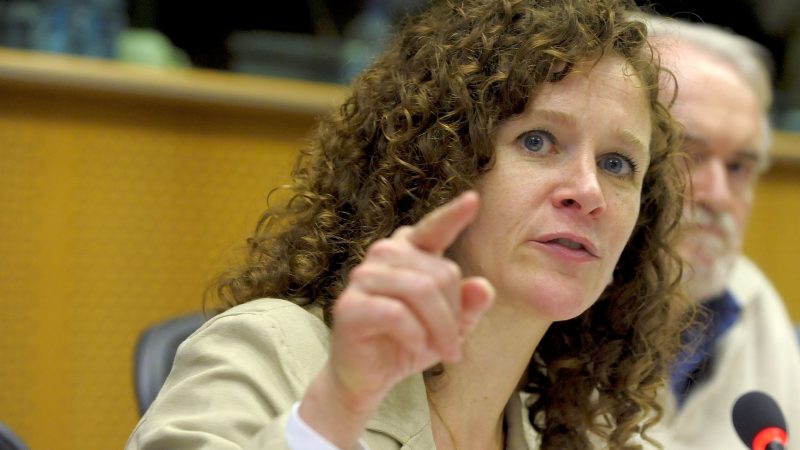 Crises boost EU integration: an unprecedented budget, common bonds, border guards in EU uniforms. But EU parliamentary democracy is lagging far behind and the European Parliament should defend democratic oversight. If it shies away from using its powers, it will lose them, writes Sophie in ‘t Veld.

Sophie in t’Veld is a Dutch Member of the European Parliament with the Renew Europe group. This opinion piece has been written exclusively for EURACTIV.

Events dear boy, events. The rapid succession of major events like the double crisis of COVID – hitting public health and the economy – Brexit, and external challenges of the era of Trump, Putin and China has given a strong impetus to European integration.

In response to these events, the EU has developed new capabilities and powers at record speed. The vaccine purchase programme, new own resources and borrowing capabilities, and the rule of law mechanism constitute a major qualitative leap forward. This is a welcome development, as a stronger Union can better protect our interests.

However, with a more powerful political EU comes the need for a strong and assertive European Parliament. In a healthy democracy, the parliament has to be the countervailing power to the executive, a parliamentary watchdog, providing the necessary checks and balances.

But the European Parliament is not keeping up with the rapid political evolution of the EU. It is an excellent legislator, and one third into its term of office, it has certainly scored a few important legislative victories. But it has been very timid as a parliamentary watchdog. Without a strong Parliament, European democracy is in the danger zone.

These days, Parliament is facing some important test cases. Will Parliament hold Commission President Ursula von der Leyen to account over the faltering vaccine purchase strategy and the gaffe of introducing border controls in Northern Ireland?

Will High Representative Josep Borrell be in serious trouble over his disastrous and ill-judged Moscow trip? Is Parliament ready to use its power and withhold consent to the Brexit agreement if it gets no meaningful scrutiny powers?

Will President von der Leyen get away with her refusal to apply the Rule of Law budget conditionality, shielding the Hungarian and Polish governments, or will Parliament actually take the Commission to court?

So far there has been plenty of huffing and puffing and resolutions bursting with indignation and ultimatums. However, with few consequences. The only actual resignation of a Commissioner was over a relatively trivial offence, and accountability sessions with the Commission in plenary were a rather timid affair.

Moreover, Parliament often seems to prefer in-camera Q&A sessions instead of tough public scrutiny, depriving itself of the most powerful weapon of all: the public eye. Monthly Question Hours with the Commission president would provide not just an excellent opportunity for accountability, but also the setting for political drama that democracy needs.

New powers were never handed to Parliament on a silver platter. Over the years Parliament has managed to strengthen its position by assertively using its powers. In particular its elective powers.

In 1999 it made the Commission resign, in 2004 it rejected a candidate Commissioner for the first time, and established the tradition of tough confirmation hearings, and in 2014 it managed to get its own candidate nominated president of the European Commission.

These were not acts by crazy revolutionaries, but by visionary and courageous political leaders from the mainstream majority.

The latest battle is about the appointment of the chairperson of the Conference on the Future of Europe (COFEU). It seems Parliament has conceded again, and again it loses political clout.

There are of course objective external factors, too, that weaken Parliament. The pandemic, disrupting parliamentary activity, an unprecedented turn over at the 2019 elections, and a Brexit deal that came so late in the day, that Parliament has to ratify with its back against the wall.

Some expect the weaknesses of this Parliament and of EU parliamentary democracy to be fixed in the Conference on the Future of Europe. However, COFEU was not set up because member states have a strong desire for further democratisation of the EU, but the opposite.

The member states have not the slightest appetite for any reform that makes the EU less intergovernmental. It is a dangerous mistake to expect it automatically to come up with proposals that will strengthen parliamentary democracy in Europe. Even the opposite is not unthinkable in the current political climate that favours intergovernmentalism.

A weak European Parliament will be in no position to negotiate a further expansion of its competences. COFEU is for the future, but Parliament has to use its existing powers today. The old adage applies: use it or you lose it.

We have an appointment with history.

One response to “Appointment with history”