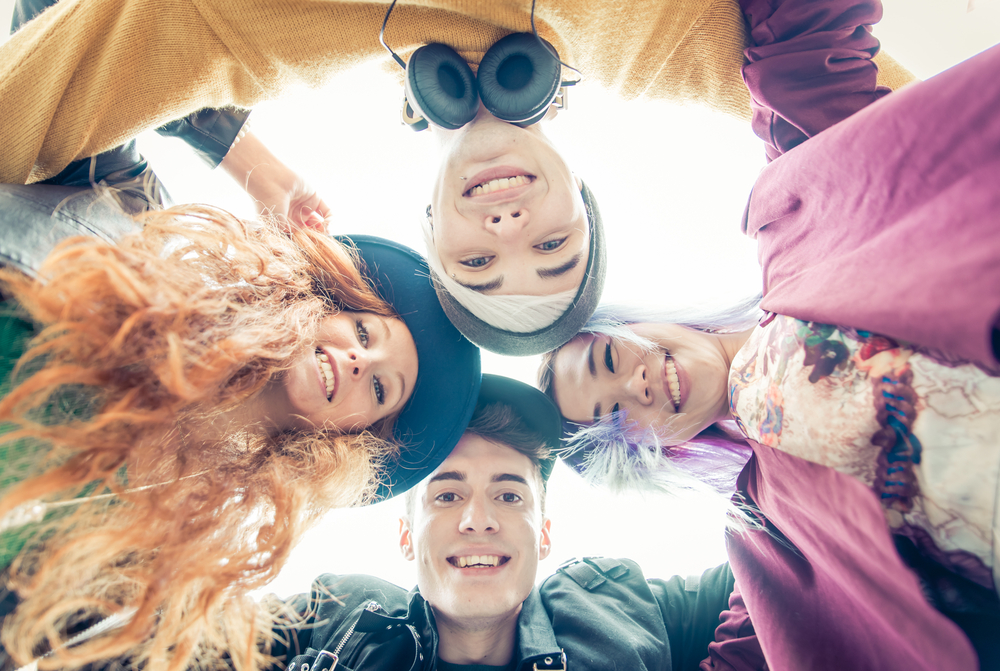 One of the roadmap's initiatives is an Erasmus programme for secondary school students. [Shutterstock]

This op-ed was co-written by a number of authors, listed in full below.

To this end, together with figures from culture, politics and the third sector who have all manner of sensibilities and horizons, we took the initiative to call for a new step in the European project: the 9 May Appeal, published on the same day in ten different member states. Here, we propose a “Roadmap for a New European Renaissance”. It could be implemented as of next autumn and includes six concrete initiatives:

The 9 May Appeal had a considerable impact. Citizens back our proposals, several MPs and MEPs consider it a good basis for re-launching the European project, third sector organisations use it as a source for reflection, and heads of state and government, including the President of the French Republic, have invited us to meet with them.

Our ambition is to contribute to a rapid re-appropriation of the European project by our fellow citizens for the common interest of all. We are designing our shared future. The roadmap is ambitious, concrete, realistic and focused on the needs and concerns of citizens. If it is not implemented soon, the disaffection of Europeans with European institutions will accelerate, potentially constituting a first step towards the dismantlement of the Union. Such a regression is a threat to our democracies.

In a world full of geopolitical, security, migration, climate and economic challenges, all of which are transnational, a united and strong Europe is more essential than ever. The Union should respect national diversity, guarantee fundamental rights, be able to integrate migrants, create jobs, reduce inequalities and influence the course of the world. To this end, the European Union must become a great democratic, cultural, ecological and economic power in a multipolar world where Europeans will soon represent only 5% of the total population. This is necessary for our fellow citizens to regain confidence in the future.

For ten years, public debate has been saturated by the opponents of the European project. They denounce EU inaction in terms of security, foreign and defence policies, despite being the ones who denied the Union the means to act. Let’s break out of this absurd cycle and give the Union the ability and the means to make a lasting improvement to our lives.

Six initiatives for six emergencies. Besides these concrete proposals, we ask for more effective European institutions. The European Parliament should at the best moment call for an open and transparent convention, which should feed the debates in civil society. It is necessary to adapt the treaties to cope with the challenges we face today. Such a process would lead us to a new treaty allowing countries willing to move forward to do so.

We can’t follow this roadmap without you. We need you, citizens of our EU countries, to take over the initiative – discuss it, perfect it or even contradict it! The European Union should be back in everyone’s hands, and should no longer be monopolised by those who wish to destroy it. We believe that only such a citizens’ movement will give our leaders the strength to act. We call for all citizens sharing the same conviction to join us. Let’s start together a great European dialogue on how the European Union could benefit all of us – right now!

Join us and sign the Roadmap for a New European Renaissance, via www.m9m.eu.

The co-writers of the Roadmap for a New European Renaissance are:

Guillaume Klossa (FR), writer, initiator of the roadmap, founder of EuropaNova, former Sherpa to the reflection group on the future of Europe (European Council);

Mercedes Bresso (IT), MEP, member of Committee on Constitutional affairs, former President of the Committee of the Regions;

Paul Dujardin (BE), CEO of the Palais des Beaux-Arts of Brussels (BOZAR);

David van Reybrouck (BE), writer and founder of the Brussels Poetry Collective and the G1000, citizens summit (platform for democratic innovation);

7 responses to “Beyond Brexit: A roadmap for a New European Renaissance”