Can the Conference on the Future of Europe deliver? 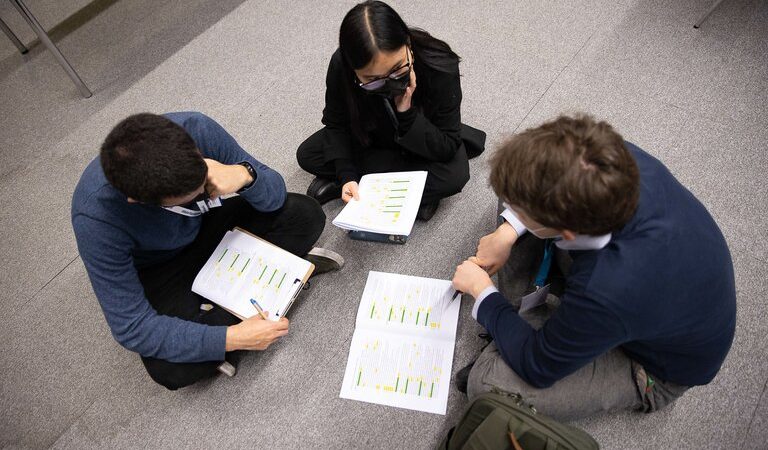 Conference on the Future of Europe - Citizens debating in Dublin.. [EP-127024A / Karl Burke]

Experts are sceptical on the success of the EU’s Conference on the Future of Europe, but there is still time and many ways to make it count, writes Maria Koomen.

Democracy activists and scholars are sceptical about the Conference on the Future of Europe. EU institutions took over a year to agree on how it would be led, struggled to decide on its purpose, and then rushed to design and implement it nine months after its delayed inception – only to do so without a political process for realising its purpose.

Now two months before the end of the conference, the EU still has not decided how it will act on the citizens’ recommendations. Observers are duly doubtful, but there’s still room for optimism: the Conference on the Future of Europe can achieve its purpose if the EU defines a process to debate and act on its citizens’ recommendations and backs up that process with political commitment.

The conference is the first EU-wide public forum designed to “make your voice heard” to enable people from Europe to “share their ideas and help shape our common future.” So based on this experience, what does the conference need to deliver successfully?

First, there’s a clear need for an institutional commitment to respond. The European Parliament, Council, and European Commission have committed to “listening to Europeans and following up, within their sphere of competences, on the recommendations made.”

But what does this mean in practice? Experts have warned that this commitment is not clear nor actionable and risks abusing citizens’ trust in the conference process thus far.

We’ve learned that for civic engagement to leave a mark on politics or policies, the public side of the engagement needs concrete commitments to follow through on. Notably, the 2019-20 Convention Citoyenne pour le Climat in France was touted as an example of citizen assemblies with “teeth,” as one observer described, due to French President Emmanuel Macron’s commitment to submit unfiltered recommendations from the process for either a referendum, a vote in parliament, or for direct policymaking.

Although this commitment was clear, his action has been just as necessary as the commitment itself. Citizens expressed the view that the success of the convention depended mainly on the president acting on this commitment. Reviews are mixed, and many have been left disappointed, with some critics arguing that Macron has over-promised.

One way this has been done well by governments across Europe is to maintain communication with citizens afterwards. This could be done using the conference’s online platform, such as in Barcelona, but action is needed now to ensure this is in place in time.

Crucially, too, the EU should close the feedback loop with citizens by offering avenues for review and redress. This could include a mechanism of “live” tracking of recommendations and commitments.

This is a requirement for Open Government Partnership members to share progress on action plans, such as in Italy, France, and Portugal, or Transparency International’s anti-corruption pledge tracker.

Another method is to engage citizens in the accountability process directly. This can be done by holding a follow-on session for citizens to review action and give feedback.

For example, the government of Scotland convened participating citizens for a review assembly eight months after its Climate Assembly recommendations were published. The EU could also create a citizens’ panel to oversee the implementation and evaluation of Conference recommendations, as was done by the Waltham Forest Citizens’ Assembly.

Third, the EU needs to ensure that all its institutions know what to expect after the Conference comes to a close. The process for response, action, and responsibility is well conveyed and understood across all institutions at play.

This is a challenge at all levels of government to enact, so it stands a very tall yet equally important challenge for the conference considering the sheer size of the endeavour and scale of its institutional stakeholders. The European Policy Centre’s (EPC) high-level experts recommended concrete steps to manage expectations and ensure a path and responsibility for Conference outcomes.

Fourth, the EU needs to build a narrative for future civic participation in EU affairs. This can be done to drum up awareness around participants’ feedback. This can be gathered during and after the conference and should be published widely afterwards.

Personal stories are often crucial to conveying the value of civic participation. This can be done in written statements, interviews, or videos like The People vs Climate Change documentary produced after the UK Climate Assembly.

Another way this can be done is to make clear commitments regarding the future use of civic participation in EU affairs – on the future of Europe topic or other issues. The EPC’s expert group also presented four proposals for how this can be done. Without such a narrative, the conference risks being filed away by stakeholders as a one-off exercise,

Fifth, the EU should ensure capacity to deliver and an open process for learning and growth, to do it better next time – and instil a sense that there will be a next time, if not on such a large scale.

Ensuring capacity to deliver could mean keeping the conference Secretariat in place for the foreseeable future. Too often, secretariats are decommissioned almost straight away, losing the institutional knowledge and resources to make anything happen with existing recommendations.

The Secretariat should also tap into current learning and innovation hubs across Europe, such as the OECD’s Observatory of Public Sector Innovation, the Decidim Fest in Barcelona, the new Knowledge Network on Climate Assemblies (KNOCA), the global Democracy R&D Network, and the growing network of Democracy Festivals. This process could also involve gathering and reacting to feedback from participants and running consultations with civil society.

There’s much to be learned from recent developments in participatory democracy across Europe, which has even been called a “deliberative wave”. It is essential to take stock of this now as the EU enters the final phase of decision making in the Conference on the Future of Europe.

The last conference plenary sessions will bring together citizens and politicians alike in the European Parliament’s Strasbourg Hemicycle starting on 11-12 March 2022, after which the fate of the conference is up to the EU’s institutions.

But there’s still time for action, and with these lessons on board, the conference could stand a chance to deliver. It can achieve its purpose if the EU clarifies such a process to debate and act on its citizens’ recommendations and backs that up with political commitments.