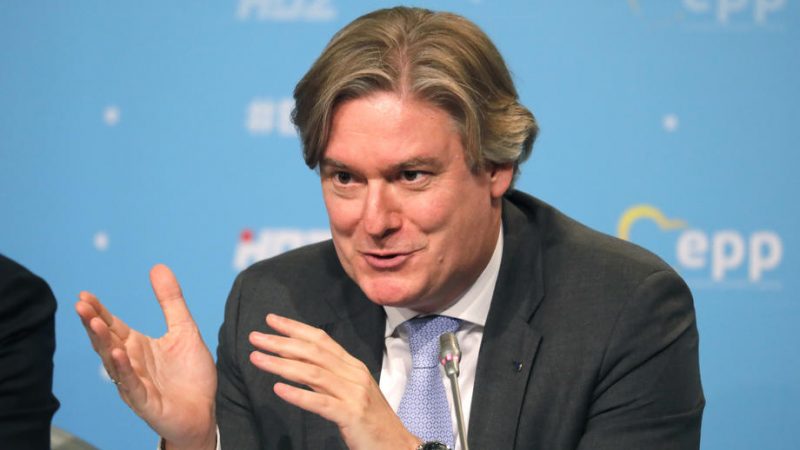 Alone, we fail. Together, we overcome. This was true 70 years ago and still is today, writes Antonio López-Istúriz White.

Antonio López-Istúriz White is a Spanish MEP and Secretary General of the centre-right European People’s Party.

Five years after the end of the Second World War, French foreign minister Robert Schuman made a declaration that would define the European project.

Since we can only celebrate Europe’s Day from the confines of our homes, let’s take the time to reflect on challenges brought by the pandemic and the ones that lie ahead. Because the European project is about the unity of our continent and a path to move us forward.

Unity and solidary, the prime words

Robert Schuman famously noted that “Europe will not be made all at once, or according to a single plan. It will be built through concrete achievements which first create a de facto solidarity”.

There might not be a better way to describe how the European institutions and the EU member states reacted in the face of the pandemic. The initial response was slow, we sometimes lacked coordination and there wasn’t a single plan.

However, soon we realised that we are in this together and we saw countries lending a hand to one another: doctors and nurses from Romania treating coronavirus patients in Italy; Czechia and Austria sending masks to Spain, German hospitals treating Italian patients. And the European Institutions taking the lead to coordinate a European response to the coronavirus outbreak. To mention some examples: creating green corridors to facilitate the transport of medical equipment and food when member states closed their borders, supporting the repatriation of EU nationals stranded abroad or launching measures to alleviate the socio-economic effects of the crisis in the short, medium and long-term.

Unity and solidarity prevailed. This solidarity is saving lives and we set an example. Again this week, the EU took the lead for a global response to the coronavirus with a worldwide pledging conference to deploy effective diagnostics, treatments and a vaccine. When we speak as one, the world listens.

We should celebrate these good deeds, and not only on the 9th of May. The very pillars on which the European Union is built on did not stagger. Our foundations are sound even if this crisis also brought the imperfections of the European project back into the spotlight.

The pandemic is also testing our democracy. Within our European Union, we see division, nationalism, and populism whose empty ideologies threaten the cohesion of our project.

And, even, more dangerous, while some EU Governments are acting responsibly, others are using the EU as a scapegoat to cover their mismanagement of the crisis as well as the poor state of their finances prior to the pandemic outbreak.

Is the European Union perfect? No. But we will not let the naysayers have the last word. Because we live in democracies, we can hear the critics and we know we can do better. In the EU, we need more transparency and accountability because it is simply the best way to show that we are true to our word.

The pandemic has also taken disinformation to a whole new level. Our enemies are very creative in their efforts to undermine the European Union. Authoritarian regimes like China and Russia are waging a war using a wide arsenal ranging from disinformation, misinformation and malinformation. This is a multifaceted battle that requires politicians, citizens, social media platforms and traditional media to work together to debunk the lies that are spreading through our societies and endangering our democracies.

Why did the EU project become the target of these attacks? Because it works. It is a beacon of values in the world, has brought unknown levels of prosperity to Europeans and it plays a central role in the international arena. Alone we cannot survive, together we are strong and powerful.

Future historians will look back at the current pandemic as we ourselves look at the Schuman declaration, as a defining moment for the European Union. After a devastating war, the European spirit was forged in concrete and tangible actions. The way we tackle the coronavirus and the resilience of the European citizens show that this spirit is very much alive in each one of us.

The European Union is forged in crises. We need to continue to perfect our imperfect Union, defending our core values: solidarity, unity and responsibility.