By Dagmar Schumacher and Rick Zedník

There may be more women at the top of EU politics but equality has not been reached, and men have as great a role as women in reaching solutions, write Dagmar Schumacher and Rick Zedník. [Julien Warnand/EPA/EFE]

There may be more women at the top of EU politics but equality has not been reached, and men have as great a role as women in reaching solutions, write Dagmar Schumacher and Rick Zedník.

The leadership of the European Institutions has never been as close to reaching gender balance.

The four top jobs have been equally divided between women and men. One of them, the President of the European Commission, will lead a college of 27 Commissioners, including 12 women – the most ever.

The European Parliament has a male president supported by 14 vice-presidents, eight of whom are women and six are men. The Parliament’s 21 Committee chairs are occupied by 11 women and 10 men.

Many would argue the balance has reached an ideal level. But no one should be fooled into thinking the mission of equality has been achieved. On the contrary, these historic milestones mark the beginning of the progress to be made, not the end.

There remains much work to be done before European and world politics have accomplished full parity between women and men.

While well above the world average, women are still under-represented in the European Parliament with only 41% of the seats (compared to 24% worldwide). The percentage is lower – in some cases far lower – in all but three of the EU’s national Parliaments (Spain, Sweden and Finland).

And never have more than four of the EU’s heads of government been women at any given time.

The situation at a global scale is even more worrying, and the fact that only 16 out of the 192 countries that addressed the UN General Assembly last September were represented by women is a proof of that.

Behind these facts are Europeans’ perceptions of female leadership. According to the Reykjavik Index for Leadership, created by Women Political Leaders (WPL) and Kantar, only one in four Germans feel very comfortable having a woman as head of government.

This suggests multiple experiences can start to normalise the phenomenon and make Europeans more comfortable with the idea of women in political leadership. 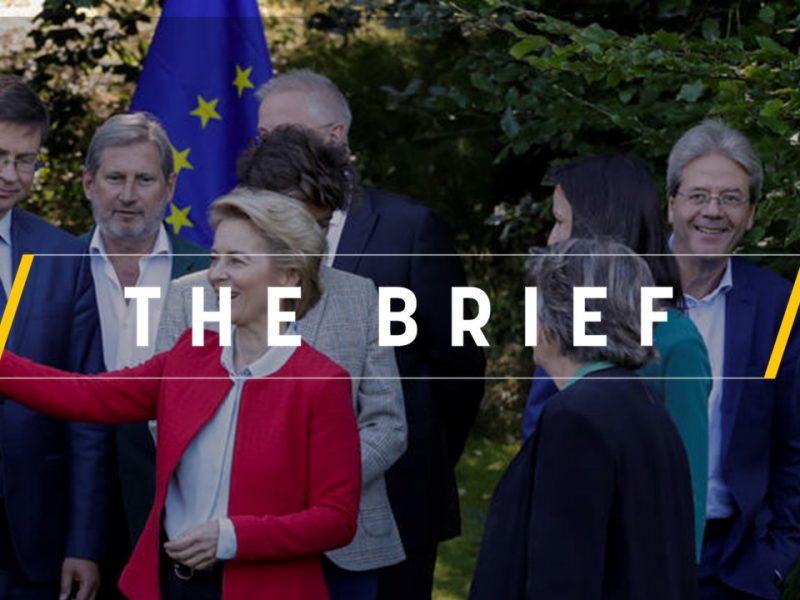 The Brief – Gender-washing at the Commission?

After having failed to have a gender-balanced Commission, the first female Commission President Ursula von der Leyen recently announced that she had achieved gender parity in all the cabinets at administrative level.

But the real power-sharing in incoming Commissioners’ offices reveals …

This provides hope, because as more women assume political leadership in the EU, mounting evidence indicates the policy outcomes will better serve all EU citizens, female and male.

When more women are in decision-making positions, more inclusive decisions are made, different voices are heard, and different solutions are created. Europeans will be safer, healthier, and more prosperous.

But it must not be left only to women to bring attention to the need for greater gender equality, propose solutions, advocate for them, and ensure they get passed and enforced. Male leaders have a role to play that is equally large to that of their female counterparts.

And where women have not yet achieved critical mass in leadership, the onus rests even more on men to ensure they are representing the interests of all their constituents – female and male.

Men’s partnership is required in addressing the structural barriers that hinder women’s political engagement, by for instance advocating for special measures such as quotas and ensuring women have the same professional development opportunities as men to enable their political careers.

On this fifth anniversary of #HeForShe, UN Women’s solidarity campaign for the advancement of gender equality, we urge men as well as women to be agents of change. We encourage them to pursue actions — global, national and local – that combat stereotypes and harmful behaviours.

Leadership starts with words. More than two dozen male EU leaders, including the new European Council President Charles Michel and his predecessor Donald Tusk, have pledged their support for more women in political leadership via a campaign organised by WPL.

Words must then be translated into actions. The coming year will provide ample opportunities for action, as the world celebrates the 25th anniversary of the Beijing Declaration and Platform for action, considered the most visionary blueprint on women’s rights and empowerment everywhere.

To mark the commemoration, UN Women’s Generation Equality campaign brings together young women’s rights activists with the gender equality advocates and visionaries who were instrumental in creating the Beijing Platform for Action more than two decades ago, to tackle the unfinished business of empowering women.

A key highlight of the campaign in 2020 will be the Generation Equality Forum, a global gathering for gender equality, convened by UN Women and co-chaired by France and Mexico, with the leadership and partnership of civil society.

The Forum will kick-off in Mexico City, Mexico, on 7-8 May 2020 and culminate in Paris, France, on 7-10 July 2020, with coalitions committing to measurable actions.

Those actions will only be achieved if women and men work hand-in-hand. If they do, then there’s reason to believe true gender equality in Europe, and elsewhere, can become a reality in our lifetimes.