Entrusting Europe’s future to its citizens

By Francesca Ratti and Guillaume Klossa 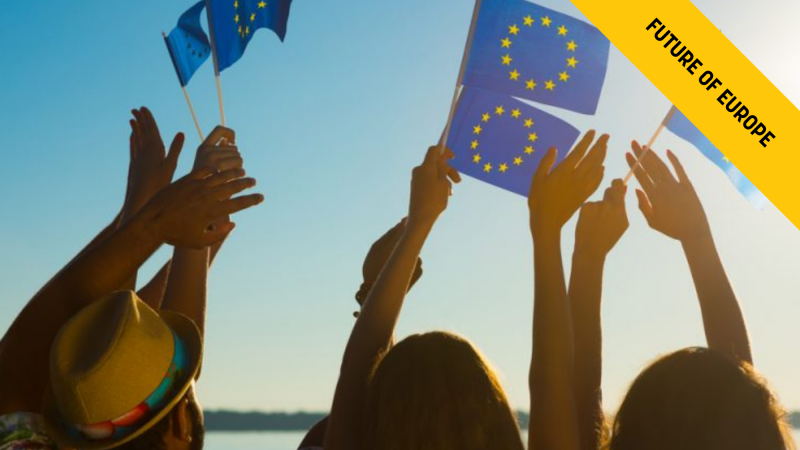 The EU is at a crossroads and must overhaul its decision-making and implementation methods, argue Guillaume Klossa and Francesca Ratti.

Guillaume Klossa, former Director of the European  Broadcasting Union, and Francesca Ratti, former Secretary general of the European Parliament, are the co-Presidents of CIVICO Europa.

Five years ago, we launched a continental call for a European Renaissance.

We called for a process that would enable citizens, social partners, civil society and governments to write – together – a new page in our common history.

We welcome the official launch of the Conference on the Future of Europe on 9 May. It should be a decisive step in the process we have been hoping for.

The European Union is at a crossroads. It is facing existential challenges that force it to rethink its model of society and its place in the world. The climate crisis, the rivalry between powerful countries, the digital revolution and the health crisis require political, institutional and financial action on an unprecedented scale that go far beyond our national frameworks.

To meet these challenges, it is essential to overhaul our decision-making and implementation methods. However, this process of refoundation will only be legitimate if the citizens of the Union are mobilised in number.

The current plans do not allow for this on the necessary scale.

An online platform has been set up, but no one knows about it, just as nobody is aware that a Conference on the Future of Europe has been planned by the EU’s leaders.

Experience shows that such ambitions require more than political will. Substantial funding and the prior involvement of civil-society organisations are also essential. In the absence of these prerequisites the citizen consultations have had only limited success in getting citizens involved. The European consultations to date, run by governments and institutions, have only managed to mobilise a few tens of thousands of them.

It is possible however to do better. The WeEuropeans consultation, organised by CIVICO Europa and Make.org just before the 2019 European elections, involved almost two million people in 27 countries and 24 languages. Its success has been underwritten by financial resources but also by the central role given to citizens and civil society.

These are the ingredients for success that we need to find today – unless we want to see the Conference on the Future of Europe end up in failure.

We therefore invite the 27 EU Member States to commit themselves to launching mobilisation initiatives in their countries, involving not just citizens but also civil-society actors and local authorities.

We invite them to promote citizen participation by means of the online platform, but also to commit themselves to organizing deliberative citizen consultations – on the basis of standardized methodology and in concertation with civil society, trade unions and industry.

The idea is to move from an instrumental view of citizens towards a collective and shared vision of the EU’s future.

We call on them to create the conditions for the success of this conference, so that:

– It will contribute to building a common and shared vision of the Union we want,  given that we are only at the beginning of the digital, ecological and demographic transitions that are transforming the world and Europe in unprecedented ways;

– Following this collective effort, we should converge on a concrete new political trajectory – whether this involves adjustments to existing policies; or new policies, particularly in the fields of health, social affairs or culture; or the implementation of the existing EU Treaty or a new one.

By launching the Conference on the Future of Europe the European institutions and member States have taken on an immense responsibility. This now obliges them to commit the means necessary for success.

It is now time to give each of us a say in defining our shared future.

This initiative is also signed by:

Brando Benifei (IT), Member of the European Parliament, President of the Spinelli Group;

Mercedes Bresso (IT), Economist, former President of the Committee of the Regions;

Marco Cappato (IT), President of EUmans;

Alessia Centoni (IT), President of the European Women Association;

Daniel Cohn-Bendit (FR/DE), former President of the Green Group in the European Parliament;

Virginia Fiume (IT), Coordinator of EUmans;

Luca Jahier (IT), former President of the Economic and Social Committee;

Magali Plovie (BE), President of the French-speaking Parliament of Brussels;

The  appeal can be signed on: www.civico.eu

One response to “Entrusting Europe’s future to its citizens”