Europe in the new ‘PostWar’ 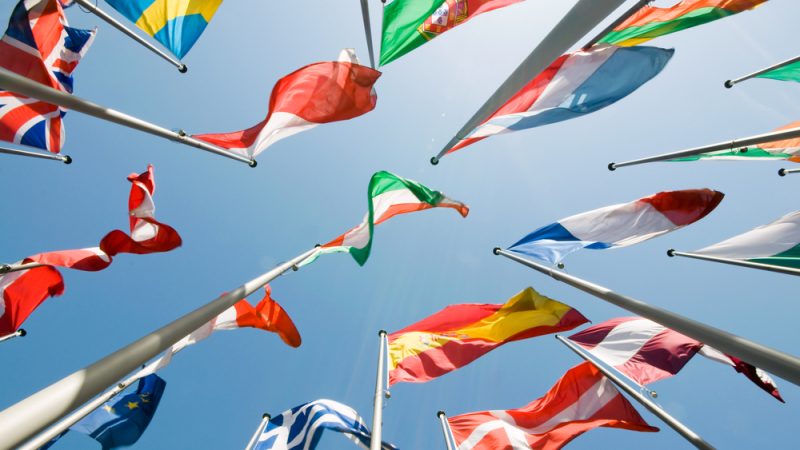 During the past few weeks Europe has been experiencing a moment of transformation of its external environment and of itself. Russia’s invasion of Ukraine is undoubtedly a milestone in modern Western history – a strong turning point – maybe stronger than the financial crisis of 2009 or the migration crisis of 2016. It’s an event, similar, in its severity, to the 9/11 attacks on the United States in 2001.

Anna Diamantopoulou is President of DIKTIO and former European Commissioner and Greek Minister.

The War is an incident which forces Europe to make a intense change in the way it perceives the world and its place in it. The international environment is changing.
Prolonged conflict in Ukraine will trigger widespread and difficult to handledistrust which is likely to hamper international development and free trade, hence undermining the endeavors to boost multilateralism, economic interdependence and an alliances-based system which the Trump Presidency tried to trash.

We should all beware that bridges could give their place to walls.

We should not forget that all we achieved after WWII has been thanks to a bridge-building vision: the EU, to which we owe the prolonged period of peace but also an order based on state sovereignty, common international rules, principles and the values ​​of Democracy and International Law.

Russia’s invasion of Ukraine marks the beginning of a new era, with no possibility of returning to the reality we had known before February 24.

Europe’s determination to act will define the global environment of tomorrow.

We must act today in order to shape tomorrow.

EU needs to decide whether to become a strong pole, defining the multipolar balance of planetic politics or to be reduced to a loose Union of small states, with limited leverage, which will inevitably be part of the spheres of influence of the new “Great Powers”.

These dilemmas as well as the economic and geopolitical challenges which sustain them, are primarily linked to the model of governance of the Union as well as the course of the European project, namely whether Europe will move forward with its political integration, eventually leading to the United States of Europe.

“The United States of Europe” was a vision supported by great intellectuals and top statesmen of the past century. For some people, however,  it seemed up until recently like a fairy tale, full of magicians and dragons, like a process that would destroy Europe’s different cultures, languages, nations, and national narratives.

Nevertheless, history has confirmed that Heraclitus was right in saying that “war is the father of everything”.

The new great war in our neighborhood triggers the insurmountable need for huge changes in the European edifice.

One might say that  Europe has been experiencing a mentality shift, starting to incorporate security and hard power into its agenda.

Defense spending has started to rise and will continue to rise steadily across Europe.

NATO will be strengthened, gaining a new role and renewed legitimacy. The accession application of Sweden and Finland is a critical moment, indicative that feelings of insecurity can result in enhanced unity.

Indeed, the accession of Finland and Sweden will significantly change the European security architecture. NATO will expand. Northern Europe will have the ability to coordinate significant defense forces throughout the region. The Baltic will be further fortified. NATO’s capacity will be enhanced. A new pole, advocating in favor of adopting a common defense and security policy will be created within the EU.

Deterrence has become a concept gaining momentum again. The common goal of European strategic autonomy is being given new impetus.

The common threat, the common goal of protecting our peoples, cultures, democracy and prosperity, serves as the perfect accelerator of developments that no one could have imagined last January.

It’s imperative that a new European Constitution is pushed forward. It’s high time that we established a political union of states.

This means that unanimity and the right of veto should be abolished and the Commission is organized as a “federal executive body” accountable to a strong European Parliament and the European Council.

It is no coincidence that Mario Draghi spoke about a new European federalism and the need for immediate fundamental changes in the European edifice.

Challenges such as Europe’s multiple dependencies on third countries, new immigration flows, the emerging food crisis in Africa, tensions in the Union’s eastern (by Russia) and south-eastern borders (by Turkey) as well as fiscal pressure and economic recession make political integration the indispensable way forward. Common foreign and defence policy, common energy, and fiscal policy is the sole response to these challenges.

It’s not an easy process. A year ago, obstacles may have seemed insurmountable, now however more and more agree that Europe must move forward with those states who want and can, with those countries willing to show solidarity and practically help those who cannot. To make things work, Europe should also say goodbye to those who do not want to integrate and do not hesitate to hide it.

Macron’s proposal is paving the way. High level of interdependence and shared geopolitical and security concerns among states in the European space make his vision of a European political community an efficient option.

President Macron, Prime Minister Draghi, and Chancellor Scholz form a positive trilateral alliance while many other european leaders have already shown indications of willingness to proceed. In any case, we all should should extensively discuss and act proactively to make Europe functional and future-proof.