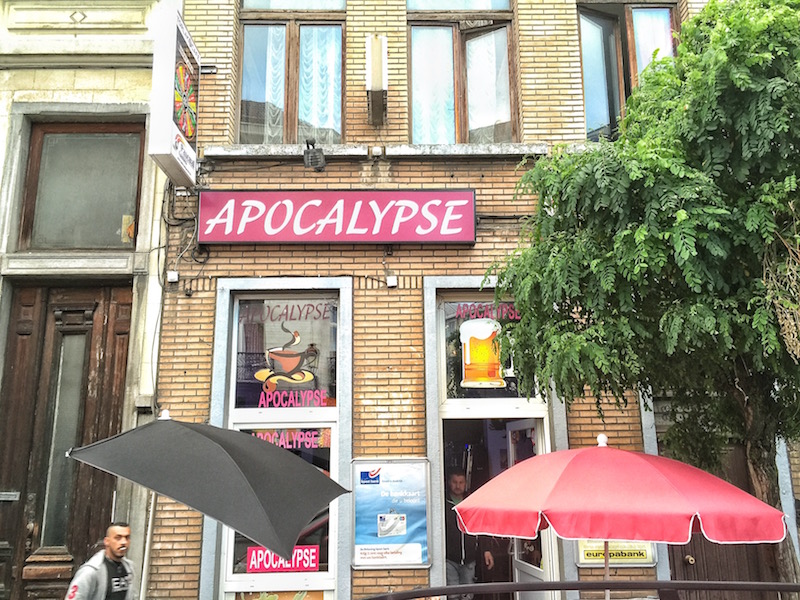 Is it the end of Europe as we know it? Brussels, 21 August. [Joel Schalit/Flickr]

How would Europe work without the EU? Looked at in the cold light of geopolitics, nobody in the EU should have an interest in a 19th century world, argues Michael Meyer-Resende.

I spent my childhood in Athens and have also lived in Berlin, Lisbon, Warsaw, Brussels and London. The EU has been a fact of my life that I took for granted. I cannot take it for granted anymore. The German government makes mistakes, but nobody questions Germany’s existence. The Berlin government is unable to build an airport, but nobody doubts that Berlin should have a government. Things are different with the EU now. European governments are struggling to solve problems through the EU, and the EU’s right to exist is questioned.

We are confronted with a question that until recently seemed fanciful: How would Europe work without the EU? How did Europe work before the EU existed? The 19th century seems to provide the best comparison. Once the Napoleonic wars were over in 1815, European states lived in relative peace and growing prosperity for a century, without being organised in a transnational body. Looking closer at the 19th century, one has to conclude that Europe is already moving fast forward into a 19th century world of inter-state relations. How so?

The organising principle of European relations in the 19th century was the ‘concert of powers’, which called the shots: Great Britain, Russia, France, Austria-Hungary, Germany once it was unified, and the Ottoman Empire as a dwindling force in the Balkans. Most of these players have started returning to the stage today. Russia pursues 19th century objectives of territorial expansion. Turkey asserts itself as an increasingly independent player, less constrained by NATO membership and EU aspirations than it has been only a few years ago. After Brexit, the UK intends to reemerge as a self-standing power, albeit much reduced compared to its 19th century role. A lot has already been written on Germany’s return to centre stage, while France remains an essential European player, despite the current sense of crisis.

Not only are these powers returning, their relations start resembling those of the 19th century. There is again a stronger division between the big states and the smaller ones, which are more objects than subjects of international relations. This becomes obvious in Russia’s attempt to negotiate with the West about Ukraine’s fate without involving the Ukrainian government. The West did not allow this, but the main negotiating forum – the Minsk process – includes Germany and France, rather than the EU.

A growing role of big states is traceable in the EU. Take Germany, determining the response to the euro crisis. But the EU is still a different place from 19th century Europe.  Smaller member states have rights, vote and voice in a way they could only have dreamed of the in the 19th century. In the European Parliament, smaller member states are over-represented. It is one of the paradoxes of Europe today that right-wing parties in smaller states undermine the EU when their national interest would dictate that they make it stronger. A 19th-century situation cannot be in the interest of any Hungarian, Slovak or Dutch nationalist.

Another feature of the 19th century were the unstable inter-state relations. The big powers and aligned smaller powers spent enormous political and diplomatic energies in a permanent poker game of shifting alliances. When the German Emperor Wilhelm II dismissed Bismarck as Prime Minister in 1890, he also ended Bismarck’s legacy of a special relationship with Russia. A feature of the European system for the 20 years prior, it went up in smoke within a few months. Today we see such volatilities on the rise. Yesterday, Presidents Erdoğan and Putin were at loggerheads, today they are best friends, as in their calculations, their common interests outweigh their enmities.

The EU’s founding fathers, who had grown up before the First World War, were acutely aware of the risks of the volatilities of the late 19th century that were to result in Europe’s self-destruction. After the two world wars, they set out to create something firmer and more lasting, in the form of the European Community. “Nothing is possible without men; nothing is lasting without institutions” is how Jean Monnet, one of the founders, put it. We can see today what this means. Unlike 19th century agreements, the EU cemented a deep foundation on which to build European institutions, rather than to rely solely on inter-state relations. Undoing this system now would be far more difficult than it was to undo a 19th century alliance. To disentangle Britain from the EU after more than four decades of membership will take many years, if it happens at all.

The 19th century diplomatic poker game had high stakes because no one doubted that one day war would come. It was a question of when and where it would happen, not if it would happen. Diplomacy was about positioning one’s country for that case. The EU transformed this dangerous poker into an orderly, permanent negotiation process based on agreed rules. Less exciting, but far more stable, saving massive political-diplomatic energies and reducing risks to a point that war between EU member states has become unthinkable.

Now, the traditionally dominant states of Europe may still find a return of the 19th-century alluring, hoping that they can play their role more freely without the EU’s rules and procedures.  Yet in one way our century differs from that past. Back then, a leading European power was by definition a world power. Nowadays, no EU member state is a world power. In global terms, all EU member states are more likely to be subjects than objects if they do not team up. Looked at in the cold light of geopolitics, nobody in the EU should have an interest in a 19th-century world.