How coronavirus brought realism back 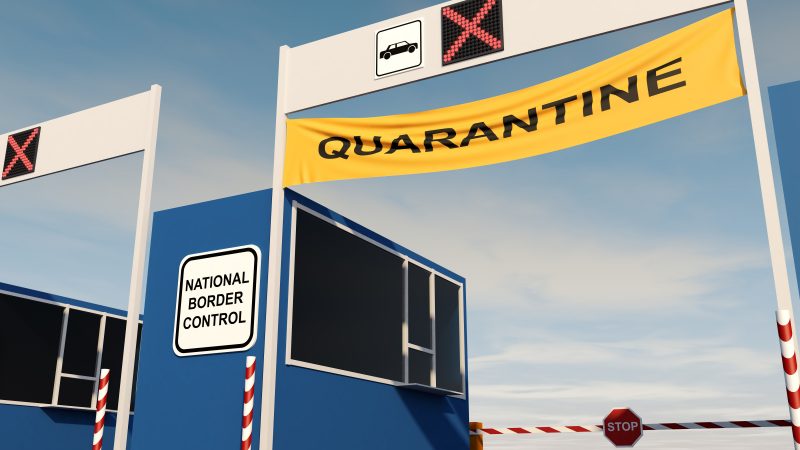 The coronavirus has already done more to unravel a borderless Europe than all the far-right politicians combined. The pandemic only reaffirmed Politics 101: only strong and effective states are able to cope with crises, writes Hamza Karčić.

Hamza Karčić is an associate professor at the Faculty of Political Science at the University of Sarajevo.

The date of 14 March 2020 may very well go down in history as a milestone in America’s relations with Europe. President Donald Trump’s decision to ban entry into the US for citizens of 26 European countries went into effect with the UK and Ireland subsequently added to the list.

In responding to the outbreak of the coronavirus pandemic, the Trump Administration resorted to a measure deemed unthinkable a few weeks ago. The growing transatlantic divide became ever more evident as European officials were taken aback at the unilateral decision.

The surprise was misplaced. In fact, European countries have been undertaking identical unilateral decisions amid the crisis. Border closures, quarantines, travel bans and other measures reminiscent of bygone eras of European history played out as the pandemic spread across the continent.

In a bid to contain the public health crisis, the EU decided to close its external borders. Within the EU, Austria, Poland, Hungary and the Czech Republic are reintroducing border controls.

What the coronavirus pandemic shows is that realism in international relations is not only alive and well but is back. This school of thought considers states as primary actors driven by interests seeking to maximise security in an uncertain world.

A fundamental premise of realism is that states can only rely on their own resources. Self-help is the guiding principle for states in the international system.

Though dominant during the Cold War, realism was largely discarded in the 1990s and early 2000s as belonging to an earlier era. Over the last fifteen years, this theory made a comeback. The rise of Russia and China and tumultuous developments in the Middle East in the aftermath of the Arab Spring added to the sense of realism’s resilience.

As is often the case, it took some time for the academic study of international relations to catch up with realities evident to laymen. The teaching and study of the field had moved on from a state-centric security-focused approach.

Lulled by the sense of security and prosperity in the EU, scholars in the field tended to shun realist thinking as an impolite distraction. A cursory look at syllabi, publications and conferences, particularly in Europe, over the past two decades indicates as much.

How states responded and continue to respond to the pandemic turned out to be textbook realism. While occasionally paying lip service to regional and international cooperation, the defining characteristic of the past two weeks has been self-help.

This is evident from the militarisation of borders to the quest for artificial respirators. Other international relations theories focused on international institutions, regional cooperation, identity or variants of postmodernism have proven inadequate in predicting or explaining state behaviour in perilous times.

As the pandemic spreads and takes its toll, the full impact on societies across the globe will be daunting. Among the many victims of COVID-19 is a major achievement of European integration  – the Schengen free-travel zone.

A virus originating from a wet market in Wuhan already did more to unravel a borderless Europe than all the far-right politicians combined. The special relationship between the US and the UK nurtured over the decades similarly showed its limits.

The initially downplayed virus may very well turn out to have an outsize influence in shaping our thinking about international relations. As in the past, states have yet again responded in a predictably realist manner.

The pandemic only reaffirmed Politics 101: only strong and effective states are able to cope with crises.