Poland and the future of Europe 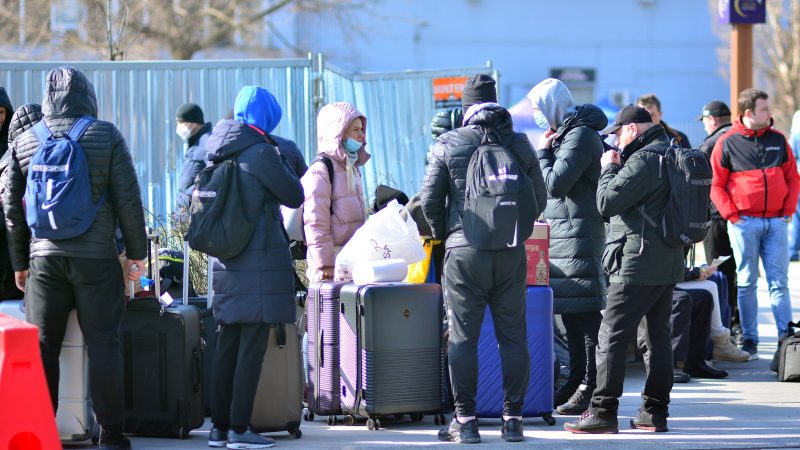 Almost 4 million people were forced to leave Ukraine as an effect of the Russian aggression on the 24th of February 2022.  Europe faces war and the biggest refugees crisis in the world this century.

Anna Radwan is the Founder and Director of In Europa, a pro-European think tank in Warsaw.

Poland has taken in more than 2 000 000 refugees from Ukraine. The Polish authorities have declared their support for the refugees, and the scale of civic support is enormous. Many recognize that Polish humanitarian help is so enormous that deserves to be awarded the Nobel Peace Prize.

In the first wave, refugees benefit from a vast network of private support, from individuals, local governments, and NGOs. The network of private connections that provides refugees with assistance in the form of transport, accommodation, and medical care is working well. Certainly, the next waves of refugees will require structural support from the state.

Now we have to face the question, of how many refugees we are able to accept in Poland and provide them with protection. The goodwill of Poles is one thing, but the other is the cost of it.

It is clear that governance and coordination are largely in the hands of the citizens. It was taken over by non-governmental organizations, self-government, and many Poles who are not normally engaged in such humanitarian help.  During the first weeks of the war, society has shown great solidarity and has given the authorities time to take over this coordination. But it cannot be on the shoulders of citizens all the time.

Poland has implemented a special act to regulate issues related to refugees from Ukraine, so definitely the beginning of putting this situation in order. The act includes regulations regarding the legalization of stay, social benefits, access to the labor market and related to education. This is without a doubt a good first step. But the details and costs of its implementation will be the issue in the long run.

But forecasting what the situation will look like is difficult. How long will the conflict in Ukraine last, what the country will stay in after the war, how many people will be affected? Undoubtedly, we are prepared that many people who came to Poland will stay here, and this number will probably increase even more in the coming weeks. Therefore we need to introduce good regulations that will allow to manage it.

Ukraine has played an important place in Polish foreign policy since independence in 1991.There is political consensus on defending Ukraine and advocating a European path to the European Union.

On Monday, 28 February 2022, President Zelenskyy signed Ukraine’s application to join the European Union.  This is a historic moment, the application for EU membership is the first step in a very long, multi-year process leading to accession. And there is no guarantee of a positive conclusion. According to the law, the EU Council, i.e. the 27 member states, must ask the European Commission for its opinion. Only after several months of talks (optimistically) is a decision made on candidate status. Exceptionally, a request for a very urgent or lightning-fast mode in the preparation of this opinion is now under consideration, explains an EU official.

In 2017 the EU abolished visas for Ukrainians. And in February 2019 the country voted on constitutional amendments recognizing EU membership as a strategic goal. The European direction has also found practical expression in economic ties. In 2012, trade with Russia accounted for almost 30% of Ukraine’s foreign trade (more than the EU as a whole), while in 2018 it had shrunk to just over 10%. The EU’s share, on the other hand, has risen from almost 30% to around 45% in that time.

Since the independence of Ukraine, Poland has rightly recognized that one of the best tools for stabilizing its eastern neighbor is its closest possible integration into Euro-Atlantic structures. Since joining the EU, Poland has aspired to act as Ukraine’s advocate on the EU forum. This position was confirmed during the ‘Orange Revolution’, shortly after EU accession, when President Aleksander Kwasniewski played a key role in a peaceful agreement between protesters and rulers concluded under the auspices of the European Union. After the revolution, Poland unsuccessfully sought EU recognition of Ukraine as a potential candidate along the lines of the Western Balkan countries, which had already been granted this status in 2000.

In this situation, as part of the policy to strengthen Ukraine’s relations with the EU, Poland and Sweden presented in May 2008 the Eastern Partnership project aimed at the countries of the eastern neighborhood. This initiative, officially announced by the EU in May 2009, envisaged that the Eastern Partnership countries would conclude association agreements with the EU based on the Deep and Comprehensive Free Trade Area (DCFTA) agreements and visa abolition for their citizens.

After 2015, Poland’s position as Ukraine’s advocate in the EU forum diminished due to the deterioration of relations with Germany, France and EU institutions and the consequent weakening of Poland’s position in the European Union.  Putin’s attack on Ukraine will speed up its European path. Will Poland with its rule of law battles with Brussels be able to play a key role here? The question remains open for now. Poland is an indispensable and essential ally, but this does not exempt it from obeying the rule of law. Joe Biden’s message while visiting Warsaw last weekend was clear.

In the discussion on the future of Europe all these issue come together: the European competences and powers about migration, rule of law, and the EU future relationship with Ukraine on the one hand, and Russia on the other hand. The current war cannot be put aside while discussing the future of Europe.