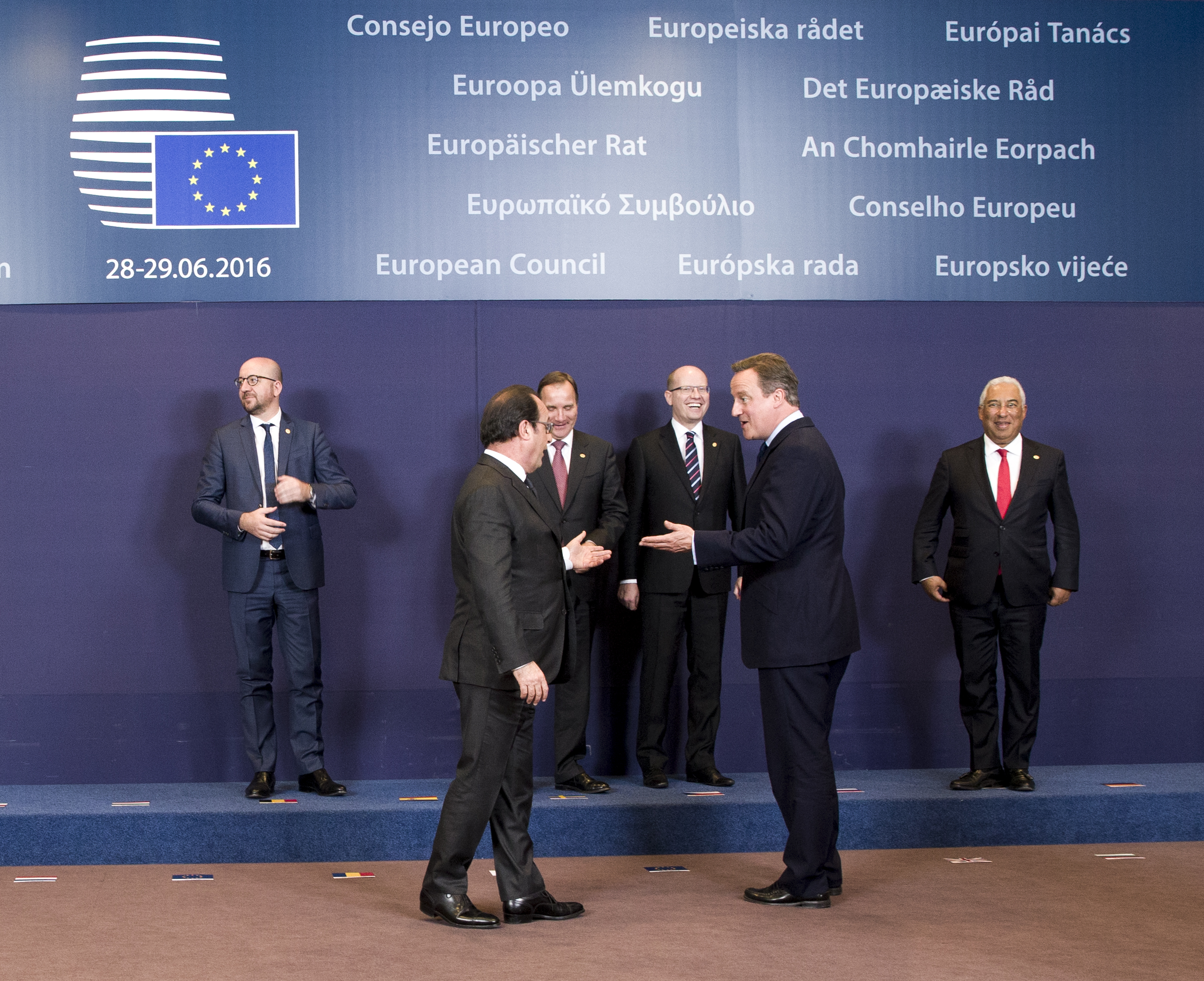 The European leaders gathering in Bratislava, now sans Cameron, shouldn't just use the meeting as a glorified photo-op. [European Council]

As Europe begins to think in earnest about life after the UK, the future of the EU remains very much obscured. In the week leading up to the Bratislava summit, a number of think tanks have outlined what they think the historic meeting will bring, continuing with Thomas Henökl and Niels Keijzer.

Thomas Henökl and Niels Keijzer are members of the German Development Institute (DIE/GDI).

While Europe’s resilience should be the leitmotiv at the summit, European leaders need to be careful not to turn this into a shallow photo-op to display enduring self-confidence, and miss this opportunity to address the root cause of Europe’s malaise: the erosion of social cohesion within and between the member states.

For years, Europe has been incapable of responding to the protracted crises corroding its core and eating away its edges, internal and external threats, and a devastating war at its doorstep in Syria killing 300,000 people and forcing millions to flee.

A recent Franco-German paper on the future of Europe acknowledges very clearly the “perception that these crises jeopardise the very fabric of our societies, our values, our way of life”.  At the summit, France and Germany need to rally support among those member states upholding Europe’s liberal and progressive norms.

The expectation, as documented by Tusk’s alarmed letter ahead of the summit and indicated in Commission President Jean-Claude Juncker’s State of the Union address, is that the debates on terrorism, refugees and defence (European border and coast guard, EU defence fund, joint capacities and “tactical groups”, EU ESTA etc.) will dominate the agenda, whereas longer-term objectives linked to sustainable development and the renewal of the European social contract are de-prioritised.

A number of member states insist on imposing the return of refugees to their countries of origin as a condition for development cooperation which the executive has included in policy proposals on migration compacts tabled in June.

From a human rights, as well as from a development perspective, this is a highly contested course of action – and most likely a counterproductive one, too. EU member states should stick to their commitment of allocating 0.7% of their GNP on ODA, as well as tackling incoherencies such as their role in facilitating capital flight and weapons trade as key factors exacerbating conflict, before selecting an approach that seeks to punish uncooperative third states.

At the summit, the UK will be most present in absence and the leaders in attendance will not be able to avoid this awkward topic. Brexit equals to a loss of face as well as to a decline in soft and hard power of the Union, which is, of course, just what the EU needs least.

In these times of disunity and deeply divided member states, with some governments refusing to take in refugees and others introducing upper-limits for asylum-seekers, prolonging derogations from Schengen, hollowing out democracy and bending the rule of law principle or distorting the single market by offering generous tax exemptions to multinationals , there is a danger of undoing the acquis bit by bit.

To be sure, member state governments are under pressure as the spirit of EU disapproval among populations may further aggravate and reach critical levels over the next months – and this in the run up to crucial elections in France and Germany as well as an important constitutional referendum in Italy this autumn.

Credibility is further undermined through the EU’s divided position on Turkey and the much-debated refugee-deal.  Different sets of member states have strong objections against the concessions the EU makes to Recep Tayyip Erdoğan as well as against Brussels imposing refugee-quota on them, adopted by a qualified majority and actively resisted by an unwilling minority.

Opposition to visa liberalisation for Turkey and an increasingly unrealistic accession perspective for the country will presumably remain a delicate and contentious issue.

Needless to say, the political climate has gotten rougher and EU states frequently engage transactional bargaining where national gains and potential advantages are valued higher than the overall effects for Europe. These recent signs of disunity may also be seen as symptoms of a Union in which most if not all member states do not focus on achieving effective collective action, instead mainly driven to ensure an optimal national rate of return.

Whereas policymakers in Brussels are trying to counter these tendencies and manage projects such as the Africa and the Syria trust funds, the Juncker internal investment plan, the recently launched investment initiative for Africa and the neighbourhood, a fundamental reform of the archaic ACP-EU partnership, fiscal union or TTIP, new unholy alliances emerge with several member states committed to a ‘cultural counter revolution’: Spearheading the ‘Visegrad Four’, it is a dangerous ‘reform’ path that Hungary’s Victor Orbán and head of Poland’s ruling party Jarosław Kaczyński want to embark on.

A populist and even authoritarian moment in and outside Europe deserves a strong signal of commitment to open societies and a progressive European project, taking also its international responsibility seriously.  It is this shared vision of Europe as cooperative project and a multiplier of prosperity that can – and, for its own sake, needs to – act as force for the common good in the world.

This is the core of the European success story since 1945. And this model of inclusive cooperation has to be put up front – now more than ever.

European leaders should address these common values as the core of “the European way of life”, giving every citizen fair and equal chances, and insist on the EU’s engagement for democracy, human rights and just political order at home and abroad, and press on with implementing the sustainable development goals as the central pillar of a long-term strategy to counter disruptive tendencies, causes of flight and loss of legitimacy.