By Anna ECHTERHOFF and Sandro Gozi 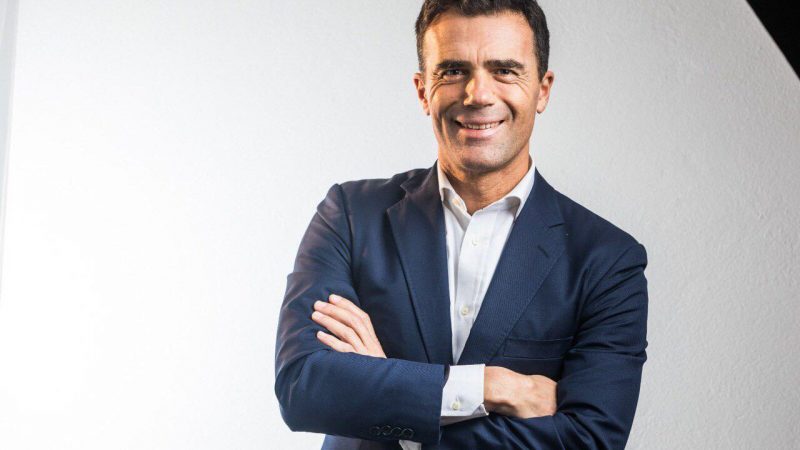 2022 will be “a turning point” for Europe. The winds of change blowing from some member states are bringing the EU into a new era, write Anna Echterhoff and Sandro Gozi.

Anna Echterhoff is Secretary General of the Union of European Federalists

2021 has been a year of transition in the European Union (EU) with decisions of federal scope such as the Recovery Plan and the Next Generation EU, the successful purchase and distribution of vaccines, the COVID-19 Certificate and the approval of the Multiannual Financial Framework 2021-2027.

Germany has just turned the page on Angela Merkel’s 16 years of leadership, France is bracing itself for an uncertain presidential election in the spring, and in Italy Draghi will continue as prime minister. Merkel’s departure leaves a vacuum that Macron, Scholz and Draghi are trying to fill.

In Germany there is now a chancellor, Olaf Scholz, who proposes a paradigm shift in his country to invest in social cohesion, who proposes “moving towards a federal Europe” and who is open to reforming the eurozone’s stability and growth pact.

The change of tone in the new German government is evident, they “want to increase Europe’s strategic sovereignty”, aiming at developing the EU’s own capacity to act in a global context and in important strategic areas such as, for example, energy supply, health, import of raw materials, technology… With the confirmation of the German position, we might see important advances towards a federal Union as they seem keen to facilitate reforms in this sense.

Significantly, Chancellor Scholz included Rome among the capitals he first visited shortly after succeeding Angela Merkel. With French President Emmanuel Macron, the harmony is exceptional. Together they signed the Quirinal Treaty in November, along the lines of the Elysée Treaty signed between Paris and Berlin in 1963 to increase cooperation in many strategic sectors such as defence.

Macron and Draghi have just co-signed an article in the Financial Times calling for a stronger, more sustainable and fairer Europe, a sign of a growing alliance between two of Europe’s most dynamic leaders.

French voters are heading to the polls in late April. President Emmanuel Macron is currently polling first among all candidates and his victory would mean that France would still have a pro-European leader looking to work with Germany and Italy to reform the Union.

The French presidency of the Council of the European Union will also mark this new chapter, in which Macron will defend a powerful and sovereign Europe, with the reform of the stability pact and the development of the Union’s strategic sovereignty as his political priorities.

Driven by COVID-19, this has made it possible to take historic steps forward in the integration project and to strengthen the role of this type of mandate, which has had fairly limited room for manoeuvre since the Treaty of Lisbon.

This was evidenced by its drive to develop a joint vaccination strategy that was a cornerstone of the European response to the pandemic by ensuring its equitable distribution to all EU citizens. But also the impetus he gave to put in place the most ambitious recovery plan in EU history, that could be the embryo of a European fiscal arm.

The stars are aligning for real EU reform, we believe that decisive steps will be taken in the federal logic as we understand that there is an agreement between the main political forces, especially between the virtuous triangle that would leave behind years of paralysis and hesitation.

We must now take advantage of the Conference on the Future of Europe, which was launched on 9 May 2021 in Strasbourg with civil society and citizens, in order to move forward a more sovereign, democratic and stronger EU.

The Citizens’ have spoken, they want to overcome the veto vote in the Council, to give the right of legislative initiative of the EP, re-launch the process for a real EU Constitution, directly vote European political parties through transnational lists and introduce new forms of direct democratic citizens participation.

The new pro-European alliance will support the citizens’ petitions, pushing to strengthen European democracy and facilitating the much needed reforms.

We expect, and as UEF are committed to, in particular, the start of a further deepening of the European Union and its transformation into a true European federation. Let’s revive the Ventotene legacy and its spirit, building a united Europe of freedom, equality and human rights in which each and every one of us can say “I belong”.”

As stated in the last line of the Ventotene Manifesto, the road won’t be easy, but UEF will keep striving to develop Spinelli’s ideas.