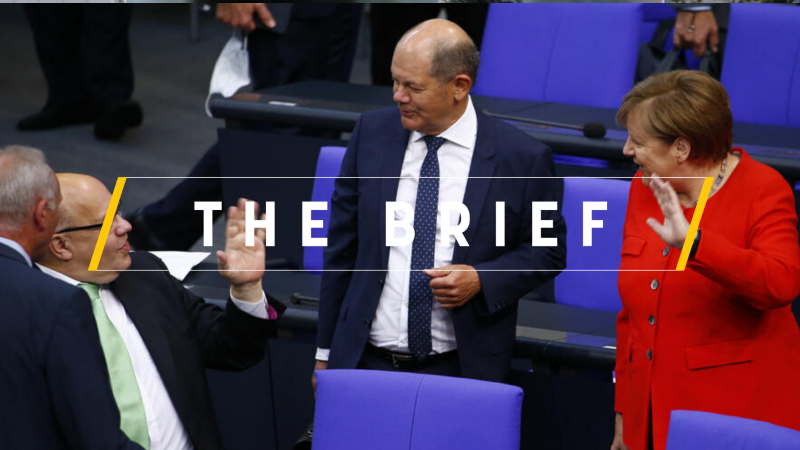 Two months after the Constitutional Court threatened to effectively torpedo the European Central Bank’s bond-buying programmes by giving the Frankfurt-based bank three months to justify its the Public Sector Purchase Programme (PSPP) – or lose the German central bank as a participant – Angela Merkel’s ministers have quietly, but firmly, told the justices to but out.

The ECB had shown “plausible proportionality with regard to the PSPP” and “fully complied” with the court’s requirements, Finance Minister Olaf Scholz told the Bundestag on Monday (29 June).

In the end, the right result has emerged, and the ECB can also claim credit for demonstrating due diligence on its part since documents sent by the bank showed that its staff had taken some of these concerns into account when preparing to launch the stimulus scheme in 2014-15 but concluded that its benefits outweighed costs.

That’s good news, if not a surprise.

The main lesson of this saga, which could easily have threatened both the ECB’s pre-existing stimulus programmes and its tools to support the post-COVID-19 recovery, that it pays for the EU to be firm.

In May, Commission President Ursula von der Leyen was quick to slap down the Karlsruhe court, stating that “the final word on EU law is always spoken in Luxembourg. Nowhere else.”

In the meantime, however, German ministers might do well to remind the Karlsruhe justices that their job is not to do the bidding of Bundesbank ideologues by claiming that the ECB’s independence ends when it gets into “economic policy” as opposed to “monetary policy”.

They might also point out that it is nearly 100 years since the Weimar Republic’s hyperinflation crisis, and that antipathy to central bank bond buying is as outdated as adherence to the gold standard.

But there is a more serious underlying point. One of the lessons most painfully learned by the EU is that if there are no consequences for flouting EU law or undermining the bloc’s institutions, then governments and justices will just go ahead and do it.

Member states must also be treated the same. Diplomats from the EU’s less favoured member states privately point out that they would have been hauled over the coals if their courts had, as the Karlsruhe court did, made such a nakedly political ruling and, spuriously, accused the European Court of Justice of exceeding its powers.

Politicised court judgements are as dangerous to European cohesion whether they come from the bloc’s central European recalcitrants, Poland and Hungary, or its very leaders, Germany.

Tokyo is concerned about China’s actions in Hong Kong, which was promised in 1997 a “one country, two systems” based on liberal values, Japanese Ambassador to the EU Kazuo Kodama told EURACTIV.com in a telephone interview.

The comments come as China passed a sweeping national security law for Hong Kong, a historic move that critics and many western governments fear will smother the finance hub’s freedoms and hollow out its autonomy.

The EU agreed on a ‘safe travel list’ including 15 third countries from where travel to Europe will be possible from 1 July, with the notable exception of the United States, where COVID-19 is still spreading.

Belgium’s King Philippe expressed his “deepest regrets” for the harm done during the Belgian colonial rule in the Democratic Republic of Congo, in the first such admission for his country, after last month’s death of African American George Floyd rekindled the debate in Belgium about its colonial past.

The UK has earmarked September as its deadline for agreeing on a new trade deal with the EU after negotiators held their first face-to-face meetings since the start of the coronavirus pandemic.

In a show of unity, French President Emmanuel Macron and German Chancellor Angela Merkel met and reaffirmed their commitment to the EU Recovery Fund, voicing hope that EU leaders would overcome their current differences.

Certain Artificial Intelligence applications including forms of predictive policing are ‘not acceptable’ in the EU, the European Commission’s Vice-President for Digital policy, Margrethe Vestager has said.

Four months after the European Commission presented its ‘white paper’ on Artificial Intelligence (AI), the German government said it broadly agrees with Brussels but sees a need to tighten up on security. Berlin is particularly concerned by the fact that only AI applications with “high risk” have to meet special requirements.