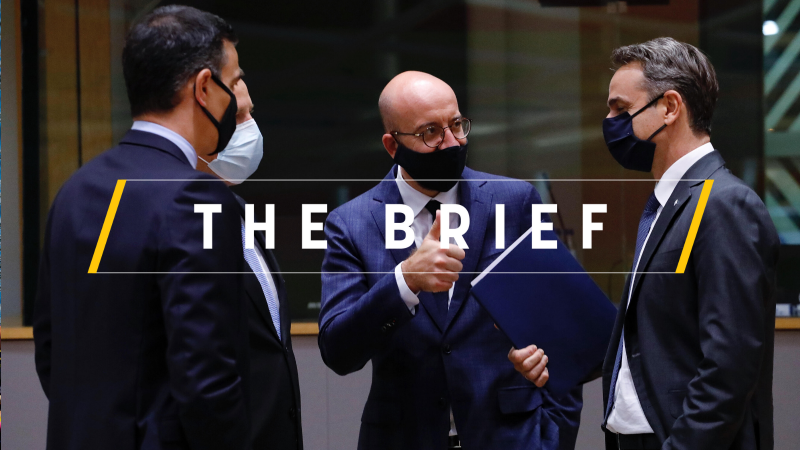 “All’s well that ends well” should have been the refrain among exhausted diplomats after 92 hours of very intense negotiations in Brussels.

With one of the longest summits in history now behind us, it is time for EU pundits to scan in detail all the weaknesses and pitfalls in the agreement reached.

There will be those who blame leaders for having been too generous, and those who think they could have done better. Neither there will be a lack of those who believe that the initial ambition of the proposal has been betrayed.

But can we really be that surprised at the final outcome?

Although the showdown was dramatic and some leaders threatened to jump on a helicopter and leave the summit, it didn’t need Hercule Poirot to understand what was going to happen.

A four-day summit ain’t no Agatha Christie novel, it followed the rather prosaic script of every previous European Council.

Let’s face it, we all knew that the half-trillion euro grants put forward by the Franco-German axis and endorsed by the Commission would not remain untouched.

It’s no surprise that compromises clinched in the Europa building are always watered down. Appeals to preserve the initial ambition are part of negotiations too – but no one really believes they go through.

Yet Europe has not turned its back on Italy, Spain and the other worst-hit countries from the pandemic.

And we all know that the toughest part for these countries starts actually now, as they are called to give proof of deserving such a show of solidarity.

As expected, the so-called frugal countries got rebates and the longed-for emergency brake to keep some kind of control on how this aid will be spent, although not in the form of the vetoes the Netherlands called for.

It is true that the frugal group threatened to torpedo the talks, but this threat is part of almost any Council’s choreography like the short trip to Maison Antoine, the Brussels friterie that offers shelter to exhausted, sleep-deprived leaders.

Likewise, it was not impossible to forecast that there would not be any strong conditionality on rule of law, because the wording in the first negotiation box tabled by European Council President Charles Michel was already too vague to be enhanced during the talks.

We also know that, as it stands, there are still plenty of ambiguities in the deal. For one, no decision has been made on how the emergency brake will be activated – and some believe it might be purely theoretical.

In other words, the real work starts now. What remains is that a huge step forward for European integration has been made by agreeing to issue joint debt for the first time, albeit partially and for a limited time.

The Recovery Fund sets a precedent which is in compliance with the ‘Monnet Law’ that Europe would be made through crises and that it would be the sum of the solutions developed to overcome these crises.

At the heart of this assumption, developed by one of the key architects of the European political integration project, is that governments can accept the pooling of their sovereignty only when forced by necessity, and would recognise necessity only in crisis situations.

This is not the time to pontificate on how much incremental construction process conditioned by the succession of critical situations is desirable for EU integration.

However, the Monnet Law continues to describe most of the major changes to the EU project that have taken place.

The European Parliament will adopt a critical stance against the European Council’s recovery plans, opposing cuts to EU-funded programmes in the bloc’s long-term budget while also hitting out at the alleged ‘weak’ nature of rule of law conditionality.

German business associations are cheering the deal EU leaders reached at a marathon summit, and they have every reason to do so, explains economic researcher Jürgen Matthes. But some observers are displeased with cuts in funding for innovation, research or defence.

EU leaders agreed to slash funding for Just Transition policies at a crucial budget summit and also watered down a set of green conditions that could hamper the bloc’s long-term climate efforts.