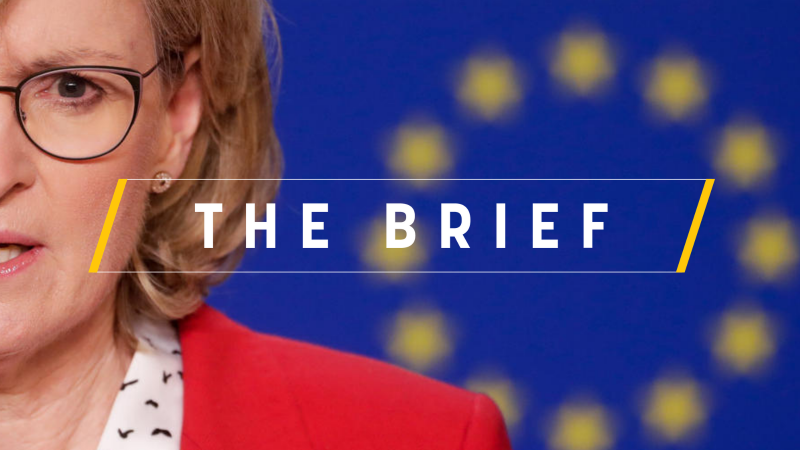 Tomorrow, the European Parliament is set to back Mairead McGuinness as Ireland’s new Commissioner responsible for financial services.

However, during her hearing in the Economy Committee last week, MEPs failed to press the Parliament’s vice-president on perhaps the one thing that tars an otherwise illustrious political career: her erstwhile partiality in affording a greater voice to religious lobbies in EU policymaking.

In 2019, an investigation by OpenDemocracy unearthed documents detailing McGuinness’s plans to open the Parliament’s doors to religious organisations seeking to influence EU policy.

A leaked report, written by McGuinness, recommended organising more direct meetings between church groups and rapporteurs, in addition to proposing greater consultative involvement from such organisations, “on potentially every new piece of legislation, resolution or report going through the European Parliament,” OpenDemocracy wrote.

“This would allow for individual partners to flag up dossiers where they feel they could make a particular contribution,” stated the report, which was eventually shelved.

“The religious representatives expressed the view that such consultations would help ensure that policy considerations also took account of broader societal implications of policy and legislation and the need for the legislator to seek the common good,” the document continued.

In response to the plans, MEPs at the time had been quick to protest.

Members of the Parliament’s Platform for Secularism in Politics writing to former Parliament President Antonio Tajani, noting that the plans would represent a “severe violation of the principle of separation between religion and politics,” leading potentially to “a highly undesirable and untransparent privileged lobby channel for religious organisations.”

Over recent years, the notion of a ‘Christian Europe’ has been propagated to further a far-right agenda on everything from identity politics to migration, from family policy to women’s rights.

It should come as no surprise that those who have traditionally wielded the baton of a ‘Christian Europe’ are those that have in parallel also sought to erode the liberal values upon which the European Union was founded.

In this vein, the timing of the disclosure of McGuinness’s documents in 2019 was unnerving. It came days before the European Parliamentary elections, amid a campaign which had seen the ‘Christian Europe’ motif emboldened by illiberal provocateurs such as Viktor Orbán – who had embraced the term to warn Hungarians of the threat to European Christendom from third-country migration.

In principle, affiliation to any one of the world’s major religions does bear tangible benefits in terms of establishing a sense of community anchored in the adherence to core values.

It is however when such ‘values’ begin to permeate politics that we see an undermining of pragmatic and measured governance, at odds with modern, liberal EU standards. This is particularly the case when ‘Christian’ principles are used to emasculate equal rights for the LGBTQ community or make the case against contraception or abortion.

In this last case particularly, it was a relief that in 2018, Ireland voted to repeal the eighth amendment in the country’s constitution – allowing for the Government to legislate for abortion.

The result had not been a foregone conclusion, with church leaders across Ireland calling on citizens to maintain the Constitution’s ‘right to life’ provisions. McGuinness, for the record, supported the revocation of the eighth amendment – perhaps demonstrating that her religious affiliation doesn’t quite extend to the domain of gender politics.

This, for one thing, was tremendously bracing for a politician with such allegedly close links to the religious lobby.

The European Parliament will approve McGuiness’s as Ireland’s next Commissioner tomorrow.

However, her backstory of attempting to further involve religious lobbies in EU law-making only should raise questions as to the brand of character required for membership of the College of Commissioners. Do we really want an EU executive bent towards fundamentalist Christendom and the alleged ‘values’ some of its most vehement proponents advocate?

The European Court of Justice (ECJ) struck down the Hungarian education law that had pushed the university funded by American billionaire George Soros to move out of Budapest.

Already precarious in many regions of Europe, youth unemployment has spiked dramatically with the onset of COVID-19, sparking fears of another lost generation.

Thirty European Parliament lawmakers have written to Health Commissioner Stella Kyriakides calling for the EU pharmaceutical strategy to integrate the development of, and access to, affordable and quality antimicrobials in a sustainable environment.

The EU antitrust regulators launched another investigation to clamp down on anti-competitive business practices that led to a ‘canned vegetable cartel’ in the European food market.

Speaking at the annual Industry Day event, Germany’s Economy Minister Peter Altmaier (CDU) promised business leaders that there would not be a second shutdown.

4 responses to “The Brief, powered by CEN-CENELEC – Against a Christian Europe”