The Brief, powered by Facebook – EU summits as storms 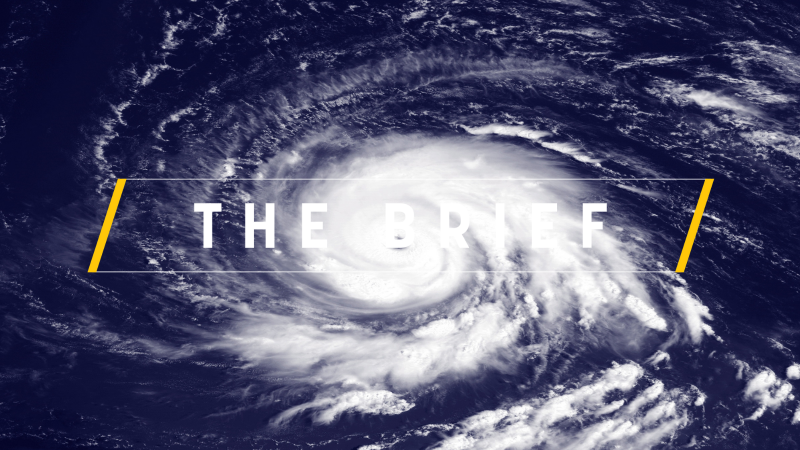 There are several established methodologies to measure tropical storms and hurricanes, but none for measuring EU summits.

Most summits will not be remembered in EU history,

Some bring memories thanks to anecdotes outside the summit room, like Jacques Chirac answering a journalistic question in 2003 by saying that candidate countries Bulgaria and Romania had better “shut up” on Iraq.

And some have remained famous for what has reportedly been said at the summit itself. Like Margaret Thatcher repeating over and over again “I want my money back” at the Fontainebleau summit of 1984.

By the way, research published in 2016 by EURACTIV has shown that thanks to this, the UK was reimbursed in excess of €111 billion since 1985. Yes, Maggie deserves a monument in her country. Too bad Brits didn’t realise they had such a good deal with the EU.

We don’t know if the two-day summit starting tomorrow will be remembered over time. But it has the potential for a high ranking. Its agenda is wide-ranging and ambitious.

Brexit with a deal on future trade relations, or Brexit without a deal.

The EU budget, plus the coronavirus stimulus plan, up and running from 1 January, or more uncertainty, affecting the economy and our lives.

The EU speaking with one voice to Turkey, or Erdogan having the upper hand, making our Union look weak, or even ridiculous.

Yet, this is not a “Perfect Storm” summit. If there was a rating from category 1 (the weakest) to 5, like for hurricanes, number 5 would be applicable to a summit about the EU’s very survival, and we are very far from such a nightmarish scenario.

During the eurozone crisis, summits lasted through the nights, but they would rate around 4 at most,  according to such (imaginary) scales.

There has never been a feeling of the EU being at the risk of disbanding, even in those dark times that Greeks remember the best. So we are possibly speaking about a summit of category 3, coming after a long series of summits of category 1 or less.

EU leaders will meet physically this time because when money talks, videoconferences are no good. Unfortunately, journalists will not be allowed in the Council building, because of the COVID-19 restrictions.

It may sound like a stupid stereotype, but the EU has the chance to emerge stronger from this summit. Of course, it also runs the risk of becoming weaker, although no one should expect leaders to admit it.

But if the EU emerges stronger, Europeans will notice it rather soon, in their pockets – and that’s the best of all messages.

A message from FACEBOOK: Facebook partnerships to fight against COVID-19. Working together is more important than ever in the fight against COVID-19. In Spain, the World Bank is using Facebook’s Disease Prevention Maps to forecast needs for COVID-19 testing and hospital beds. Learn more about how we’re collaborating to keep communities safe and informed here.

EU lawmakers have struck a deal on a new structural aid fund and are approaching a compromise on supporting regions transitioning from coal, with the final white smoke from co-legislators on total regional support from the EU’s next seven-year budget expected.

The European Commission proposed to expand the mandate of the European police agency Europol and reinforce external border controls as part of the bloc’s broader counter-terrorism strategy.

Researchers have unearthed a widespread, coordinated, and manipulative 15-year-long Indian disinformation operation in Brussels, with the creation of fake media, the revival of defunct think-tanks, and even the fraudulent impersonation of dead people.

Germany needs to invest more in infrastructure, digital policy, climate protection after years of government frugality, a study by the Organization for Economic Cooperation and Development (OECD) recommends.

Poland and Hungary could block efforts to strengthen the EU’s 2030 climate goal over a separate dispute on democratic standards.

After four years of unravelling climate-friendly laws and regulations by the Trump administration, President-elect Joe Biden announced the US’s return to the Paris Accord, accompanied by a battery of measures. EURACTIV France looks at what to expect from the return of the world’s second-largest CO2 emitter.

Paul Watkinson, president of the UN Subsidiary Body for Scientific and Technological Advice at COP24 and COP25, told EURACTIV why the ‘rulebook’ on implementing the Paris Climate Agreement still has not been ratified.