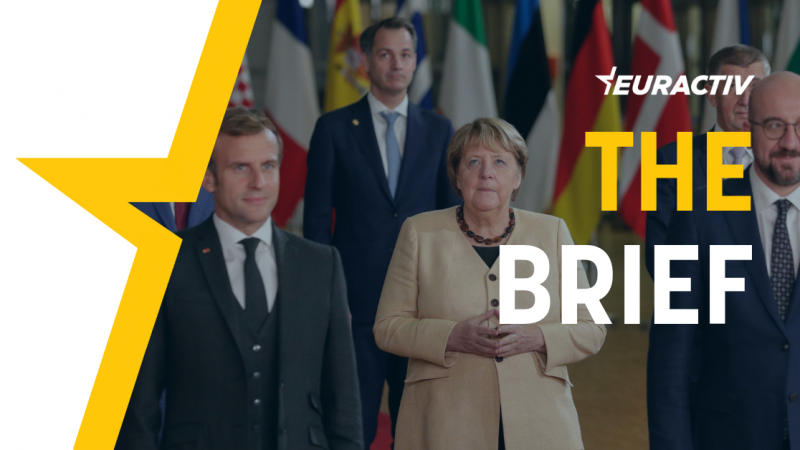 It is hard to dispute that Angela Merkel stands out as Europe’s pre-eminent leader of the 21st century. In truth, this is less impressive than it sounds because the competition has scarcely been fierce. Just look at the other major European players.

Emmanuel Macron’s two predecessors were the least distinguished holders of the French presidency in living memory. Meanwhile, a recent BBC documentary about Tony Blair and Gordon Brown has reminded Britons of what it was like in the distant days when the UK was run by grown-ups.

But despite the fawning praise offered to Merkel by European Council President Charles Michel and others last Friday, at Merkel’s 107th, and probably last EU summit, Merkel’s preferred method of compromise and muddling through has often been more a vice than a virtue.

The eurozone crisis between 2009 and 2013 was a case in point. Refusing to challenge Bundesbank orthodoxy and budgetary austerity for its own sake resulted in a double-dip recession and a lost generation of unemployed across swathes of southern Europe. Bad politics and a lack of leadership in Berlin and Brussels.

Aside from on migration, where she opened Germany’s doors to refugees fleeing Syria, it is hard to recall instances when Merkel has really stuck her neck out.

A decade on and the EU now finds itself facing a potentially existential challenge from several of its newer members. The rule of law debate has dragged on for several years now, encouraged in part by Merkel’s reluctance to speak out.

With Germany as the largest net contributor to the EU coffers, Merkel was perfectly placed to challenge Poland, Hungary, and others, who happily take billions of euros in EU funding but criticise Brussels when it chides them for politicising their courts.

What we got was more caution and compromise.

The Chancellor’s remarks to reporters that “there might be the idea or the feeling that those who have joined at a later point find themselves in the position where they have to accept something that has been there when they have joined and they are not entitled to call it into question” is a classic Merkelism.

So, too, is the fact that after offering that large piece of vintage fudge, Merkel added that all EU countries are duty bound to uphold the EU’s treaties.

Leaders often find themselves liberated by leaving office. With no more skin in the game or domestic audiences to please, their last weeks can be their most effective. But big bold decision-making has never been Merkel’s way. Europe will miss its conciliator–in–chief but the truth is: It needs radicalism more than another Merkel.

Geothermal energy has previously been constrained to areas with special geological conditions where the earth’s heat is close to the surface. Today, closed-loop technologies make geothermal accessible almost anywhere in the world, opening up new prospects for mass-scale deployment.

Ahead of the upcoming COP26 in Glasgow, the United Nations says greenhouse gas concentrations hit a record last year and the world is “way off track” on capping rising temperatures. Reports show that the current rate of increase in heat-trapping gases would result in temperature rises “far in excess” of the 2015 Paris Agreement target of 1.5 degrees Celsius above the pre-industrial average this century.

Also on the agenda for Glasgow is the protection of forests. Currently, an average of 2,400 trees are cut down every minute, leading to an area the size of Belgium being deforested each year.

Indian Prime Minister Narendra Modi has confirmed that he will attend the summit, in a major boost for the conference that has already been snubbed by key world leaders. Although 120 leaders are expected to attend, making COP26 the largest climate summit since the 2015 Paris talks, Chinese President Xi Jinping and Russian President Vladimir Putin will be notably absent.

And in eastern Europe, COVID-19 cases surpassed 20 million on Sunday. The region is currently dealing with its worst outbreak since the pandemic started, compounded by a lag in inoculation efforts.