The Brief, powered by Facebook — What the people want (or not) 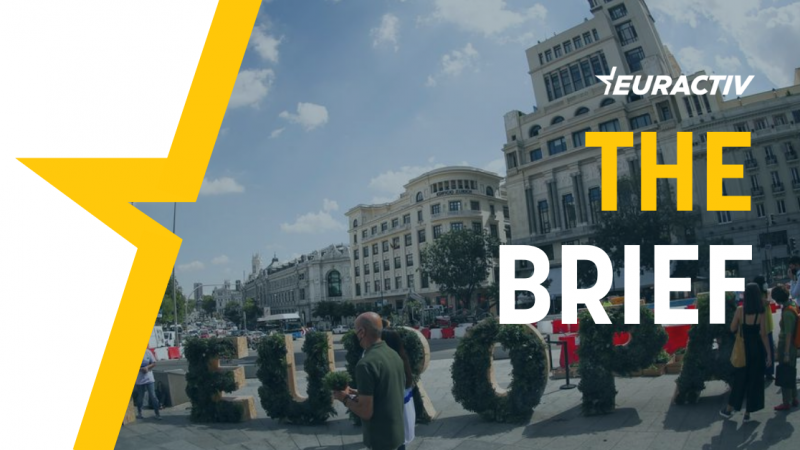 Sharp-tongued critics will be quick to point out that the majority of delegates at the Conference on the Future of Europe plenary last weekend consisted of representatives from the European institutions (165) and national parliaments (108).

Additionally, 80 representatives of the Citizens’ Panels took their seats, joined by 27 more ‘citizens’, one per each member state. For something meant to be a broad democratic exercise, this leaves a bit to be desired.

They met to discuss the input that came from the four citizens’ panels held with 200 citizens, randomly selected according to their geographical origin, gender, age, socio-economic background and level of education, tasked with developing recommendations.

EU citizens could also submit their own proposals on a digital platform.

There was general satisfaction about the lively discussions, according to participating citizens and EU officials. And there should be, it’s always good to talk.

“A historic moment where, for the first time, citizens deliberate on a par with their elected representatives at all levels. Bringing citizens to the core of European policymaking will reinforce our representative democracies,” said European Commission Vice-President and co-chair Dubravka Šuica.

But there is a crucial question that organisers and participants alike should ask themselves: Are those sessions and plenaries really bringing to the table what ‘the people’ want? And are they really making the EU more democratic?

The conference conclusions, taking into account recommendations from the citizen’s panels, are expected in spring 2022.

Whether they will ultimately disappear onto a shelf, like Emmanuel Macron’s proposals or Jean-Claude Juncker’s White Paper – a document of such importance that it is hard to find anyone who remembers what was actually in it – remains to be seen.

Some EU governments certainly wouldn’t complain if that were the case.

We like to believe in European democracy and participation, mostly because the alternatives are worse.

There are Europeans who are interested in the future of Europe, who have ideas and, yes, dreams about where the next few decades could take the European project.

But what about those who don’t? Aren’t there too many to just ignore them?

We in Brussels, and those who care about Europe’s future, must be brutally honest with ourselves and acknowledge we’re living in a self-contained bubble.

It’s important not to forget that when talking about ‘what people want’.

What is important for the process and the final outcome of this consultation exercise, is to bring in new voices, particularly those of people who are not used to talking about Europe or to hear why they don’t care about it.

The Council on the Future of Europe, proposed by now-outgoing German Chancellor Angela Merkel to solve Poland’s rule of law issues, has been paid little attention and seen a lack of high-level interest. EU citizens have also found other topics, such as “climate change and environment” or “European democracy” to be of higher importance than the rule of law.

Civil society organisations and stakeholders have repeatedly called for more transparency in the drafting process of the Common Agricultural Policy (CAP) strategic plans. However, the European Commission has shut these requests down, saying an excessive focus on transparency risks overburdening the process and missing the big picture.

Commission President Ursula von der Leyen has called the new OECD tax deal “a major step forward in making our global tax system fairer,” but a new policy study begs to differ. The study reports that rich countries will continue to profit more from the deal than developing ones.

Cybersecurity is one of the Commission’s top priorities and a cornerstone of the digital and connected Europe. An increase in cyberattacks during the COVID-19 crisis has shown how important it is to protect hospitals, research centres and other critical infrastructure.

In related news, a new study found that law enforcement authorities in 11 European countries are already using biometric recognition systems in their investigations, with similar technologies in the works in eight other countries. Experts say that “there seems to be little understanding of the ways in which this technology might be applied and the potential impact of such a broad range of applications on the fundamental rights of European citizens.”

Serbian President Aleksandar Vučić has been using a range of different yet seemingly innocent means to achieve his political goals, both literally and figuratively. Since 2019, state-owned Telekom Srbija has bought the rights to the world’s top sports matches in an attempt to suppress competition and weaken leading independent TV stations.