The Brief, powered by Facebook – Who’s afraid of the press? 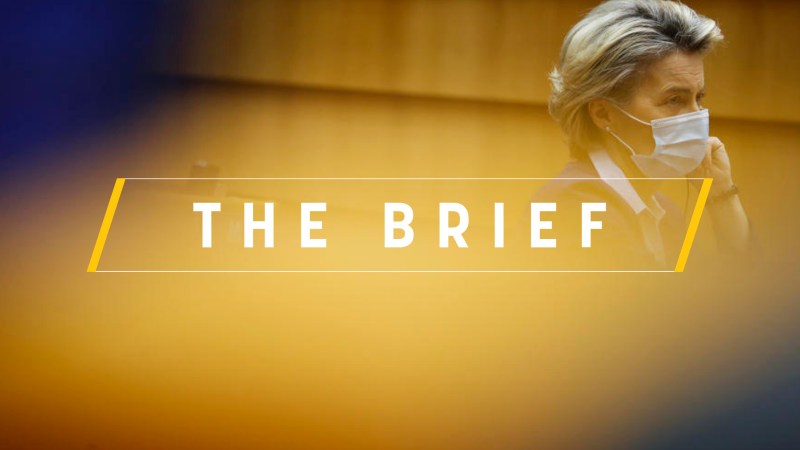 After refusing to take the bait for several days, von der Leyen told members of the European Parliament on Tuesday that she accepted “full responsibility” for the vaccine exports debacle.

However, this happened only after pressure from the Parliament and European press became too overwhelming to ignore. Even now, some MEP’s complained that the Commission chief steered away from clear answers in the closed-door meetings.

In the meantime, public opinion across the bloc has become relentless, speculating about her fate or calling for her head, because of a lack of transparency.

Emerging reports have unearthed more than a mere mishandling of a serious political issue: a structural problem, not only of the Commission but of the EU institutions as a whole.

Von der Leyen, the critics say, leads the EU executive “like a German minister”, with a small staff of German advisers, disregarding the Commissioners and their experts. Many in the Brussels press corps see it as a result of her never having been a head of state or government.

It is evident that von der Leyen has developed a taste for doing journalist-free and question-free statements on camera, and this has become an increasing irritant to the Brussels press corps.

Her YouTube-style videos hardly resonate with the unhappiness in Europe’s periphery. The limited press encounters, preferably with German and French media, don’t address the growing sense of disenfranchisement with the EU felt in much of the rest of Europe.

“The president comes to the press room when she considers there’s a message to convey and questions to answer,” her chief spokesperson Eric Mamer told reporters this week.

That may be so, but this is is not the new era of transparency we were promised. This mentality is irritating at best; the mindset is de facto dangerous for European democracy.

When von der Leyen was appointed, she promised to be different to Manfred Weber, a conservative German wannabe Commission chief, and different to previous Commissions.

Let’s quickly remember: when Weber announced his candidacy for the Commission top job, the kick-off event left reporters displeased, as they were not allowed to ask questions in English.

Following pressure from reporters, he replied to one question in English and then went on to speak only to German media, prompting an angry reaction from EU-accredited journalists from other countries.

So what if Weber would have been elected?

Von der Leyen seems to be acting much in the same spirit, more German than European, including backroom chats with only a few selected journalists.

And if she doesn’t seem to be speaking to her own Commissioners, how can we expect her to face the European press?

Perhaps she does not feel the true pressure of accountability because she was appointed via political horse-trading.

Brussels insiders say this might explain her heavy leaning towards the German (and occasionally French) press – because she was essentially appointed by Berlin and Paris.

But if the EU institutions want to be seen as democratic and geopolitical, they need to start communicating like they really mean it.

Relevant EU commissioners were not consulted and cabinets had less than 30 minutes for a “quick check” before the EU’s proposed vaccine export control mechanism was presented to journalists last Friday, EU officials told EURACTIV.

Portugal and Argentina, which hold the presidencies of the EU Council and Mercosur, respectively, have agreed to make progress on the outstanding issues for the entry into force of the EU-Mercosur agreement, Argentina’s government has announced.

European lawmakers have backed the European Commission’s proposal to extend the length of an aid package for winegrowers by a year.

Italy’s president is expected to ask the former head of the European Central Bank Mario Draghi to take over as prime minister following the collapse of the coalition government in the coronavirus-ravaged country.

The EU and its member states should draw the consequences of the current stalemate in multilateral talks aimed at reforming the Energy Charter Treaty and consider a coordinated withdrawal, Paris has said in a letter seen by EURACTIV.

A new trade EU association for micro-mobility services was launched to unite eight e-scooter operators such as Lime and Bolt. Abandoned scooters and safety concerns are likely to top their policy agenda.

Electrifying public and private fleets would cut around half of all road emissions in Europe, providing a major boost for the EU’s climate goal and revolutionising clean mobility in Europe, according to a new report.