The Brief, powered by UNESDA – God is a concept 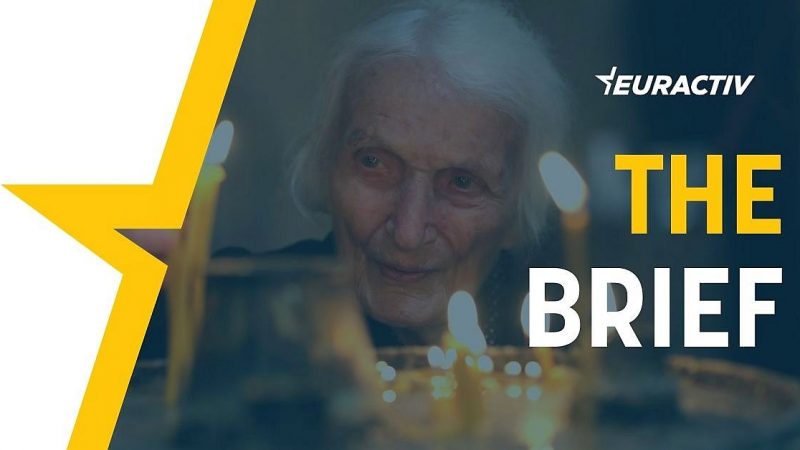 The EU has started discussing its future. Our take is that in order to be able to project itself in time and space, the EU needs to be at peace with itself and that most specifically includes its Christian roots and the role of religion in society. Until this is sorted out, there is no clear path forward.

During the efforts to draft a European Constitution, there were attempts to refer explicitly to the “Christian roots of Europe”, including by Pope John Paul II. Partly, this push rallied around the opposition to Turkey’s EU membership. These attempts failed, and so did the Constitution itself, although for reasons of a different nature altogether.

Today’s ambition is different, Turkey is no longer on the EU enlargement agenda, but the challenge to be clearer about Europe’s roots and essence remains the same. You cannot be a visionary about your future if you are confused about your past.

The conservative ECR group in particular is battling for the return to the Christian values of Europe. But they are not the only ones. Some political parties, including some of the most influential, describe themselves as Christian or Christian-Democrat. The European right is traditionally religious, unlike the left, but there are exceptions.

When the author of this brief once asked Jacques Delors about his political ideal, he said that he considers himself a Christian-Socialist, although such a party doesn’t exist in France. But by confessing his beliefs, he also implied that religion was for him a deeply personal matter.

Religion is treated differently in EU member states. France is probably the EU champion of secularism, although this is seen by many as an attempt to limit Islamic religious symbols such as the scarf from public space.

In Poland, the Church directly interferes in elections, campaigning from the pulpit for the ruling PiS party. In Hungary, Christianity is abused as a disguise for xenophobia and anti-immigration.

Sunday was Croatia’s Statehood Day and at the main mass, celebrated in the Zagreb Cathedral, all top politicians attended, including the prime minister, parliament speaker, and many cabinet members. Failure to attend would have invariably raised eyebrows.

In Bulgaria, the political establishment feels obliged to attend religious ceremonies, although many of the politicians are not religious. In many countries, the church, be it Catholic or Orthodox, in conjunction with politicians, runs an anti-LGBT agenda.

In the traditional “Eurospeak”, we often mention “the EU values”. Although they are secular, there is without any doubt a sub-strata of Christian values on which they are based. Isn’t the idea of peace between France and Germany, which is at the core of the EU project as imagined by Jean Monnet, Robert Schuman, actually an echo of the Christian concept of love?

No, we haven’t forgotten the religious wars. Christianity is about peace and love, but also about war, and much more. To single out Christianity as the pillar of Europe is tricky. In Europe, Christianity has fought with itself and has coexisted, not always peacefully, with other religions, such as Judaism and Islam.

These religions have also left their mark on Europe’s face. As a leading force in society, religion has retroceded in the last two centuries, but it is also eager and ready to occupy more space, if only it is given the chance.

The EU needs some sort of a commonly accepted concept about religion and society.

Like, for example, stating that religion (or atheism for that matter) is an utterly personal matter, while acknowledging the overwhelming impact of Christianity on our history, art and culture, which has indeed shaped our continent.

But most importantly, religion should not be weaponised for political purposes. If this goal were to become widely embraced, then we can be optimistic about the future of Europe.

A message from UNESDA: Leading the loop to deliver full circularity for Europe’s beverage packaging

As Europe’s soft drinks industry, we are committed to creating a world where beverage packaging is recyclable, collected and used as recycled content.

Our aim? Full circularity of beverage packaging by 2030

Our strategy? All in our Circular Packaging Vision 2030!

The European Commission proposed on Monday (31 May) that vaccinated people should be exempt from testing or quarantines when travelling from one EU country to another, and urged a gradual easing of travel measures as COVID-19 inoculations accelerate.

Building renovation is a good way to spend the EU’s recovery fund and help Europe build a sustainable economy after the COVID-19 pandemic, but it must be done sustainably, industry representatives say.

Detours taken by airlines to avoid entering Belarusian airspace following the forced landing of a Ryanair jet are responsible for around an extra 250,000 kg of CO2 emissions per day, air traffic management estimates show.

2 responses to “The Brief, powered by UNESDA – God is a concept”