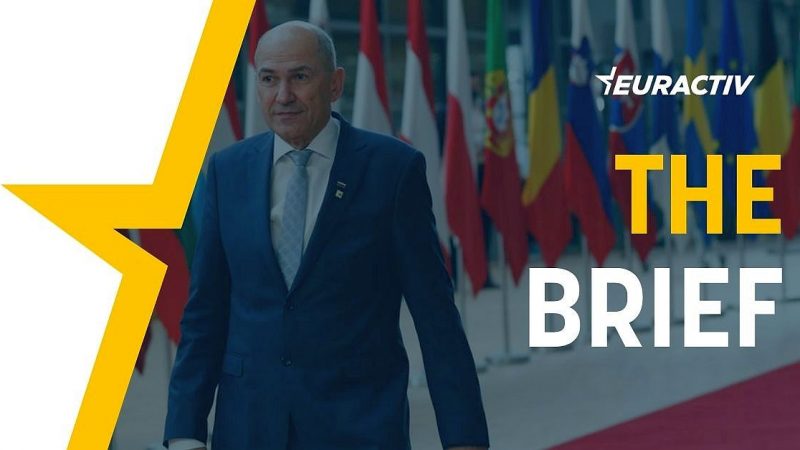 Slovenian premier Janez Janša is hardly likely to make the shortlist of poster boys for EU integration. Yet thanks to the vagaries of the bloc’s six-month rotating EU Council presidency, the Future of Europe Conference, launched in May, will sit in his hands, and overactive Twitter account, from July until the end of the year.

For the moment, however, Janša is making all the right noises, perhaps in a bid to head off fears about whether his brand of Donald Trump–sympathising nationalism is incompatible with the Future of Europe project.

At an event early this month at Brdo castle, Janša revealed that his government will host a series of events on EU reform ahead of a summit in early September.

Meanwhile, President Borut Pahor, one of the most moderate of social democrats, struck a similarly positive tone by urging “those with conflicting views, and those that now do not even think about the EU’s future, do think about it and express their views.”

For a process that is intended primarily to bring the EU closer to its citizens, that sounds entirely reasonable.

Yet it would surprise no one if Janša takes a far less integrationist approach than his Portuguese predecessors and instead focuses on long-standing questions that are dear to Slovenia and its neighbours in central and eastern Europe: disputes over the Rule of Law Mechanism and EU enlargement in the Western Balkans.

While the likes of France and others may want to focus on greater cooperation towards a European health union or tax harmonisation, Janša’s alternative vision is almost certain to look at resolving outstanding problems.

The early signs of that lie in Janša’s plans to establish a European Institute on Constitutional Democracy, an idea backed by the chief members of the EU’s awkward squad, Hungary and Poland, that could replace the Venice Commission and adjudicate on disputes between Brussels and national capitals over rule-of-law issues.

The new organisation, whose blueprint Janša presented to Germany’s Angela Merkel, could sit alongside an “annual dialogue” on rule-of-law issues that Janša wants to establish between national governments. As one of Viktor Orbán’s closest allies, Janša’s institute is hardly likely to be as critical as the European Commission.

Similarly, Janša described enlargement of the EU as “a strategic answer to a lot of current challenges,” at a news conference with European Parliament President David Sassoli last week.

These are questions that have divided EU leaders for many years and that, presumably, means that few will thank Janša for bring them to the centre of debate.

However, much as Janša and co are viewed with scepticism in Brussels, the questions around the rule of law and enlargement are crucial to the EU’s future. The messenger may be unpopular, but his message can’t be simply wished away.

A message from UNESDA: Leading the loop to deliver full circularity for Europe’s beverage packaging

As Europe’s soft drinks industry, we are committed to creating a world where beverage packaging is recyclable, collected and used as recycled content.

Our aim? Full circularity of beverage packaging by 2030

Our strategy? All in our Circular Packaging Vision 2030!

The Czech Republic is currently considering how best to use EU green funds to modernise its economy and secure just transition of its three coal mining regions. According to experts, the coal phase-out could result in the loss of 25,000 jobs, but investments in renewables can restore the balance.

With just a few weeks to go before the summer holidays, the EU’s environment agency (EEA) and the European Commission have presented quite satisfactory results for the bloc’s bathing areas in 2020. However, some environmentalists have warned that this does not reflect “the true reality of our waters”.

Digital connectivity is a precondition for achieving the EU digital agenda, but filling the existing digital gap will require a concerted approach among policymakers at the EU and national level and coordination with private providers.

EU policymakers and member states are still dealing with the health aspect of the pandemic. However, young people, whose memories of the fallout from the 2008 economic crisis are still fresh, are speaking up now in a bid to avoid repeating the mistakes of the past.

South Africa’s ‘rooibos’ dried leaves and stems, used to produce the eponymous herbal-infused tea, have become the first African food to receive the status of geographical indication (GIs) in the European Union.

The European Commission has offered EU member states a greater role in deciding which technologies can be considered a sustainable investment in Europe after narrowly escaping a humiliating defeat last year over draft labelling rules for gas under its green finance taxonomy.

More needs to be done by legislators and industry to reach Europe’s ambition of safe and sustainable chemicals, laid out in the chemicals strategy in October, according to the head of the European Chemical Agency (ECHA).