The Brief, powered by VDMA – Do away with the elites 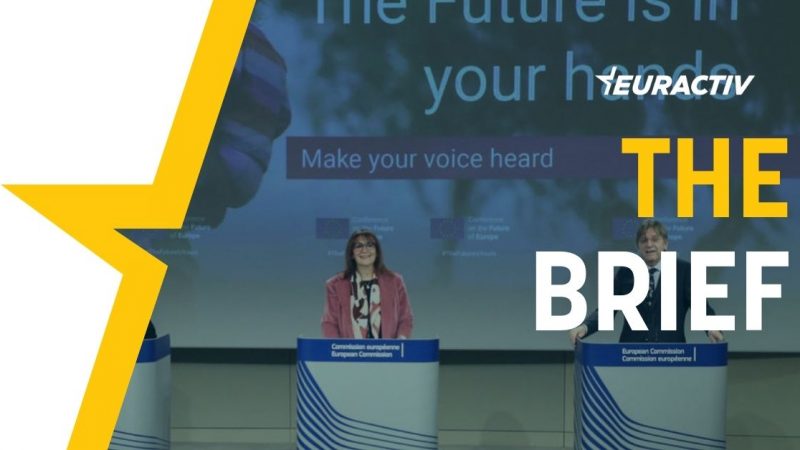 Twenty years ago, the EU thought that a patrician, former French President Valery Giscard d’Estaing, was best placed to chair discussions on its reform. For good measure, Giscard’s two vice-chairs were both former prime ministers.

After that it was also going to be hard to convince the public that the first Convention on the Future of Europe was not just an exercise in political elitism. The observation that the EU is a top-down bureaucracy has followed European integration like a bad smell.

It’s to EU leaders’ credit that the elitist approach has been scrapped. This time, participatory democracy via technology, it is hoped, will shape the Convention that will be formally launched on 9 May.

The multilingual digital platform where European citizens can contribute ideas and arrange events to feed into the Conference is a worthy idea and it is vital that it works. While the perception of the EU as a purely elite-driven project endures, its legitimacy will always be questioned.

The early signs are positive. Organisers reported that the platform had more than 3,000 participants and more than 100 events registered in the first 24 hours after going live. The battle now is about raising public awareness.

Provided that the technology works – particularly the use of artificial intelligence to identify common themes and ideas, and machine translation – and the platform is not overwhelmed by trolling from the likes of Russia and British Eurosceptics who haven’t noticed that they are now out of the club, it could be a transformational process.

One of the stated aims of the Constitutional treaty was to close the EU’s oft-discussed democratic deficit. To that extent, it has not worked. The sense of detachment and otherness of the institutions in Brussels, Strasbourg and Luxembourg is no smaller than it was 15 years ago.

Most Europeans could not name more than a couple (if any) EU Commissioners or MEPs. Few people outside Belgium know who Charles Michel is. That, however, is far less important than raising the currently low public awareness of what EU lawmakers are supposed to be doing.

Rather than focus on people and institutions, this Convention should focus on what the EU does and should do. Following the EU’s mixed performance in response to the COVID-19 pandemic, healthcare is the most obvious policy area where there is public demand for more cooperation between the European Commission and national governments.

The multi–billion euro recovery fund moves the bloc closer to be a formal transfer union. Are national leaders prepared to be honest with their electorates on the implications of this, and a larger EU budget?

Above all, a no–holds–barred conversation is needed, and one which is driven by people, not politicians. Twenty years ago, the focus was on making the institutional machine work. Now it should be about redrawing the course on which it will travel.

The European Commission has urged caution about the expiry date marking of highly perishable food after multinational food concern Danone announced plans to get rid of the ‘use by’ reference for its dairy products.

Chad began funeral ceremonies on Friday (23 April) for veteran ruler Idriss Deby Itno, a key figure in the fight against the Sahel’s jihadist insurgency, as France and regional allies voiced backing for his son and successor, Mahamat Idriss Deby.

Italian MEP Isabella Adinolfi is to join Christian-democrat European People’s Party (EPP) adding to the long list of lawmakers who have left the parliamentary delegation of the Italian anti-establishment party Five Star Movement.

The French government called Friday (23 April) for a quick implementation of a post-Brexit accord on mutual access to fishing waters, after French fishermen blocked trucks trying to bring in catches from Britain overnight.