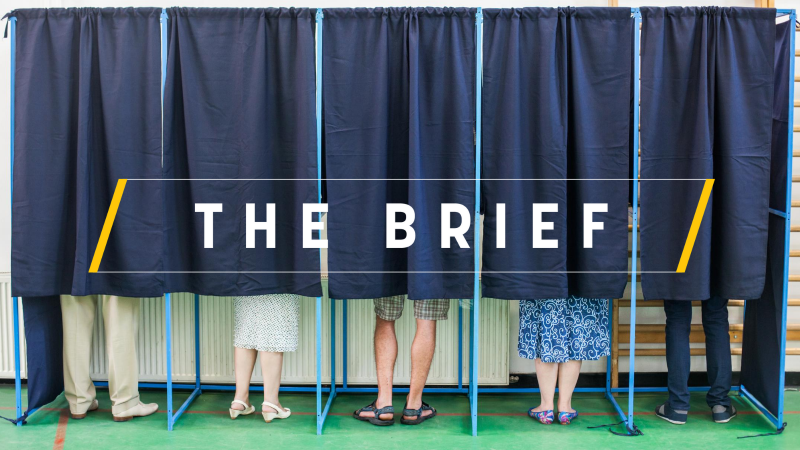 An estimated one million EU nationals are believed to have been denied their right to vote in last May’s European elections in the UK alone.

At the same time, member states such as Italy, Poland or France encourage their diaspora to vote in national elections from abroad and even elect lawmakers to represent constituencies of their citizens living outside the national territory.

Denmark is among several EU countries that already grant third-country nationals the franchise, but France and Germany are among the majority of countries which currently do not.

Voters Without Borders has launched a European Citizens’ Initiative to replace the EU legislation on voting rights with a single European law covering all national elections and referendums.

All this in times of declining voter turnout in member states.

The campaigners also ask for further reforms including requirements for member states to raise public awareness of voting rights, automatic voter registration in the country of residence, help desks and advice centres, and outreach to minority and at-risk groups. These demands are for practices that should already exist.

In truth, there is precious little chance of national governments agreeing to extend the franchise for EU nationals. Had the 3.7 million EU nationals living in the UK been able to vote in the Brexit referendum in 2016, it is highly likely that the UK would still be in the EU.

That is a situation which no government is going to leave themselves a potential hostage to.

But it is indefensible that millions of Europeans struggle to exercise their voting rights at the lower political levels that also directly affect their living circumstances.

While the EU is proud of its freedom of movement inside the bloc, it should put the money where its mouth is and push for more political rights for mobile EU citizens.

The COVID-19 pandemic has highlighted the need for this – millions of expats have been and continue to be stuck in their countries of choice, tied to their systems and legislation.

It should be a no-brainer to let EU citizens decide on the policies in the city where they live, work, contribute socially and pay their taxes. It is high time the Commission stopped sitting on its hands on European voter suppression.

Serbian President Aleksandar Vučić is travelling to Washington this week for talks between Belgrade and Priština in the hope of discussing the economy while Kosovo Premier Avdullah Hoti insists that mutual recognition is the only topic he can discuss with Serbian officials.

‘Stop funding our mafia’, read banners of a protest in front of the European Commission representation in Sofia. It was the 54th day of street protests in which Bulgarians are demanding the resignation of Prime Minister Boyko Borissov and the country’s chief prosecutor Ivan Geshev.

Fair competition rules and financial stability for Europe’s media sector have been identified as areas of priority in the bloc’s cultural sector as part of Germany’s EU Council presidency.

Testing passengers at airports is needed to “rebuild confidence” in air travel, the head of the International Air Transport Association (IATA) said, as the industry continues to struggle to get back anywhere near to business as usual.

A recent report by the government think tank France Stratégie argues the profitability of more environmentally friendly farms and proposes a review of the methods of allocating CAP subsidies to encourage a green transition in farming.