The bright side of Brexit: Lobbying jobs in Brussels in high demand 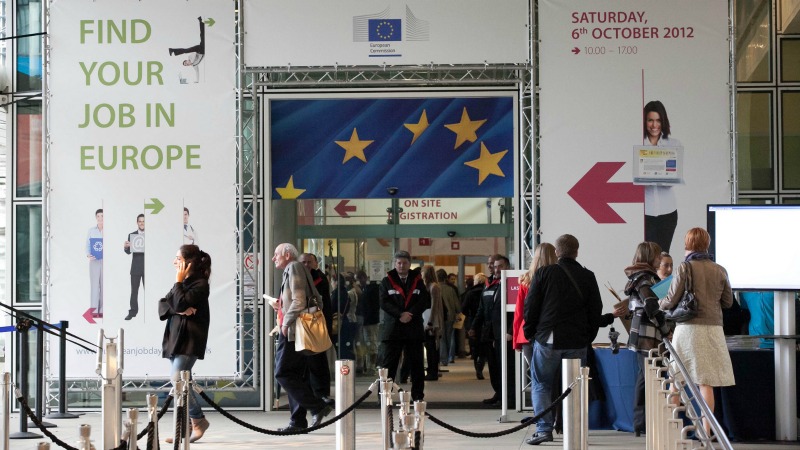 One industry that is sure to benefit from Brexit is the government affairs sector, as worried UK businesses and trade associations try to adjust to a confusing new world, writes Aart van Iterson.

Aart van Iterson is managing director of Rtesian, a recruiting consultancy in Brussels, and also senior adviser to Cambre Associates, an EU affairs consultancy also based in Brussels.

The British government probably wasn’t thinking of the Brussels jobs market when it forecast 800,000 positions would be lost in the two years after Brexit. But one of the first victims of the referendum was European Commissioner Jonathan Hill, who resigned two days after the British referendum.

Is that a sign of the coming fallout in Brussels? Are lots more Brussels Brits vulnerable? And does Brexit presage a long-term downsizing of the government affairs industry in the European capital?

Longer term, things are less certain. But if Brexit has an upside, it is that it will reshape the Brussels landscape of government affairs, lobbying and finance.

Consultants and lobbyists will be in high demand to make sense of it all. On the other hand, trade associations will inevitably need to revisit the membership status of their UK members; But in their place will no doubt come new UK trade associations and industry representatives (only a fraction of UK interest groups registered in the Transparency Register has a Brussels office) who can no longer rely on the privileged access of “their” Permanent Representation.

The immediate aftermath will likely also produce demand for Brits who have worked in EU institutions and understand both the EU and their own country. One British diplomat here said the British government would need to recruit such people for exit negotiations that could stretch on for years. They will be happy to do so.

The Brussels jobs that will go first are mostly political or linked to the British government. British Members of the European Parliament (MEPs) will no longer be around, and their assistants will likely disappear with them. Other people that are vulnerable are British civil servants who have been seconded to EU institutions for a fixed period of time.

Even greater demand will come from businesses trying to adjust to the confusing new world. If Brexit takes the UK out of the single market, will Japanese automakers find it harder to export to the EU from their British factories? Will UK financial services firms need to relocate some of their operations to the continent or Ireland? If so, which parts? The one thing uniting Europeans now is uncertainty – and businesses are going to need advice on managing everything from supply chains to human resources.

The thousand-plus British staffers at the European Commission appear to be safe. Commission President Jean-Claude Juncker told them in a letter that they had left their national hats at the door when they joined, and were now “Union officials”. Still, they might not be able to hold onto – let alone move up to – top management positions in what would become a foreign civil service. Many are already rethinking their Commission careers, with older ones perhaps hanging on till retirement and younger ones moving on. We’re likely to see a gradual drifting away of Brits from the institutions rather than a single mass departure.

Britons working on fixed-term contracts in EU institutions will find it harder, as candidates for new posts must usually be EU nationals.

The word though is that there are plenty of workarounds. The most obvious is to take another EU nationality. Already, there’s been such a scramble for Irish passports –  many Brits qualify through an Irish-born parent or grandparent – that Ireland’s foreign minister warned the system was getting clogged. Five years’ residence in Belgium is usually enough to become Belgian – and since it will take at least two years for Britain to actually leave the EU, even relatively new arrivals might accumulate sufficient time. Brussels communes reported a spike in British applicants in the days after the referendum. These fixes will also apply to Brits working outside the EU institutions, in Brussels’ think tanks, consultancies and multinationals.

Longer term, even if Brexit dents dreams of unity – the Europe of the 12-star flag and “Ode to Joy” anthem – it’s hard to see the EU losing its role as Europe’s Regulator-in-Chief. In fact, if Brexit shocks the remaining 27 member states into a renewed focus on practical, single-market ambitions – by no means a certainty – Brussels could even strengthen its status. The Juncker Commission has already labelled an energy union and a digital single market as priorities. Both of these could move new areas of regulation – and the industry associations, lobby groups and law firms that come with them – to Brussels.

Change is an opportunity, and if we grasp it with both hands, the future for the Brussels job market will be bright. But don’t sit on your laurels. If the British referendum result came as a shock, brace yourself – there are plenty more surprises coming.