The Future of Europe: time to choose 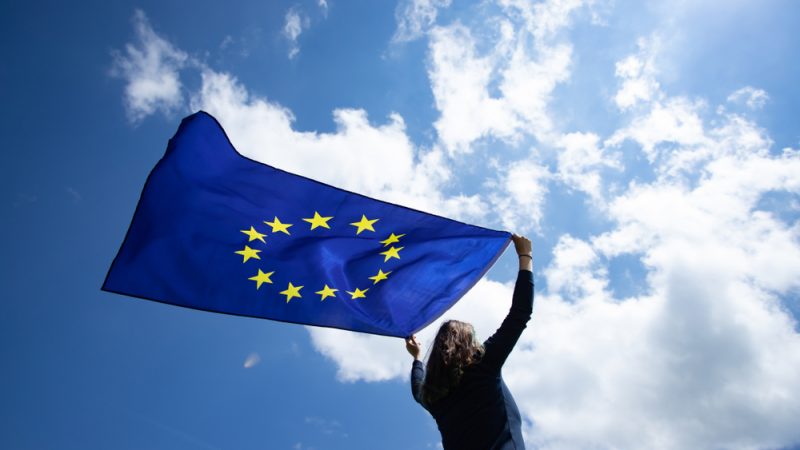 “It is our moral obligation to create what I would call a European Political Community”. The words used by Emmanuel Macron as President of the Council of the European Union, to wrap up one year of work of the Conference on the Future of Europe (COFOE) confirms that a profound reform of the EU is becoming a moral imperative. They also suggest an idea of a more “political” Union which may even be constructed alongside the EU that we have now, which is intriguing but raises a number of strategic questions for which we still do not have an answer.

Francesco Grillo is Director of the Think Tank Vision.

The conference that Vision (an Italian/ British think tank) has convened with the University of Siena for the next weekend as a follow up of the COFOE, may provide some of the ideas that the Union needs to change. The conference will gather around fifty policy makers, journalists, political scientists and intellectuals, and participants from the UK, USA and China, who may give important insights from the outside. More significantly all five political foundations which act as think tanks of the five main European political parties (FEPS for the social democrats; ELF for the liberals; Martens for the Popular; GAF for the Green and New Direction for the Conservatives) will be in Siena and the conference is becoming a multi-partisan permanent platform for problem solving.

The questions to be tackled are thus complex: is Macron’s idea of a new Union a good bargaining chip to convince the smaller members of the existing EU to accept the notion of “treaty changes”? How large will the Union of the future be to accommodate the much deeper integration that, for instance, common defense policy requires? Is there a mechanism for a more focused partnership to involve countries who left (like UK) or to more quickly admit the ones that would urgently need it (like Ukraine)? Is the abolition of unanimity enough? Is the core hub of founding member states stable enough to be the inner circle of a more integrated Union? To what extent can we continue with an integration method which has been essentially top down? Should we consider to provide Member States the possibility to “divorce” or for qualified majorities to ask specific Member States to leave if fundamental principles are not respected (as it may have happened in Hungary)?

For decades the method to shape the European Union has been characterized by at least three elements: a) the Union grew incrementally and out of the consensus of all Member States; b) the approach was substantially top down with limited involvement of citizens; c) different kind of unions (the monetary one, the single market, the Schengen area) were allowed to have different sub-sets of the Member States to allow flexibility and yet none of them was full. A very good example of half integration was dramatically provided by the Pandemic years: members States joining the same area of free circulation adopted different restriction policies and this may have helped the spread of the virus.

The method was certainly responsible for the most advanced integration amongst States which has ever been achieved through peaceful manners. This past success does not, however, seem enough to keep the greatest dream of a generation alive vis-à-vis the unprecedented shocks we are living through.

The concept paper which frames the various sections of the conference (digital, common defence policy, democracy, green and energy) also puts forward a number of ideas for reforming the Union. The starting point is to continue to have different clubs for different policies. However, the option is that it should be much clearer that once a State joins a “policy focused cluster” with a selected number of Union members, it pools with other member states all the power necessary to achieve the objectives linked to that policy (this, for instance, would mean that joining the single market would necessarily imply the adoption of the same tax rates for companies). The conference will, however, also considers mechanisms for departing (at a pre-established cost) the “cluster” and procedures to regulate the possibility that a qualified majority will ask a partner to leave. Last but not least, the idea of referenda to be held in each Member State before joining will be debated.

After all, as for the following chart, out of 56 referenda on the EU held in Member States in the last 50 years, 47 times the cause of further integration won (although it is true that there have been some few big exceptions, including the ones in France and Netherlands – two founding members – which rejected the EU constitution in 2005).

Giuliano Amato who was vice President of the “Convention” which drafted the EU constitution twenty years ago, once famously said: “treaties must be written so that citizens do not understand them and do not ask for a referendum”. This may be not true any longer: when history accelerates, democracy expects political and intellectual leaderships to look for new radical ideas.