Third time’s the charm – Europe must shockproof itself 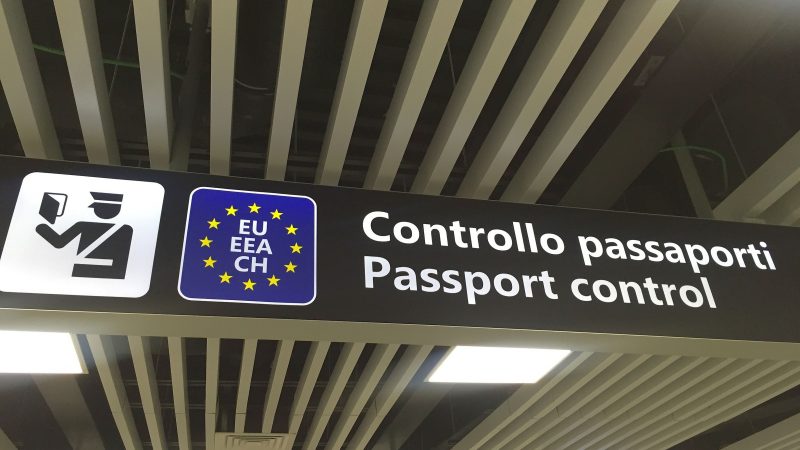 A passport control sign at an airport in Italy. [z.o.y.a./Shutterstock]

The coronavirus pandemic presents much more than a healthcare crisis: It serves as the latest iteration of the EU’s inability to handle its own systemic weaknesses. Thus, the pandemic must be understood as nothing less than a clarion call for pan-European politics, writes Joel Boehme.

Joel Boehme is a board member of Volt Europa, a pro-European, federalist political movement.

We Europeans must step up our game. Moreover, we must do so with a holistic understanding of the Union’s reluctance to own uncomfortable competences. Indeed, the legitimacy of our ever closer union will not come from touting Europe’s fairweather victories, but by ensuring that Europe has the capacity to handle system shocks.

Until now, the EU has had the luxury of driving policies based on building wealth. Matters such as free movement and the euro make for positive, marketable policies.

They’re geared towards building a richer future, and until the 2010s, they presented feel-good stories of the successful European story. However, our shared prosperity will remain a house of cards if we do not empower Europe to handle transnational threats.

It’s important to note that this isn’t the first time Europe’s reluctance to take ownership of crises is made apparent in this last decade. It’s the third.

Let’s look at two staples of these last ten years – the refugee waves and the eurozone crisis.

Free movement has been crucial to Europe reaching historically unprecedented wealth and freedom. It’s at the very core of the idea of Europe and should be defended with the devotion it deserves.

However, when free movement collided with the Dublin Regulation in 2015, we saw member states struggle to make sense of the paradoxical division of competences. Case in point; the collapse of the European-Turkish stopgap deal underlines the inability to combine Europeanised borders with national asylum jurisdiction.

Being the guarantor of free movement, Europe must also commit to handling transcontinental refugee waves. If Europe cannot deliver, member states will scramble to secure what they perceive to be their threatened security, and Europeanisation will be put on the backburner.

Had Europe claimed ownership not only of the free movement, but also of the scarier subject of asylum processing, it’s likely that the subsequent anti-European backlash would have been less substantial.

Similarly, consider the eurozone. Although the common currency had facilitated a flourishing market, when the 2008 crisis hit, the EU was woefully underequipped.

With history in mind, let’s set our eyes on the current pandemic. The emerging Eurosceptic pitch is as cynical as it is succinct: free movement helped spread the disease. Europe is not helping us to combat the spread of the disease, and Europe is leaving us to clear up the finances mess.

With this, two-penny populists can condemn Europe’s absence, ignoring that healthcare is currently a vehemently guarded national competence, not a European one.

Firstly, the Eurosceptic hypocrisy is as obvious as it is shameless. Less comfortable to address, however, is the paradoxical mentality of European competences.

Brussels’s long-standing tradition of happy-go-lucky integration must be complemented with the bravery to clearly own the European responsibility to regulate crisis-related spillover fields – such as a refugee crisis, a financial crisis, or a pandemic.

As Europe will have to face this political struggle head-on, its leaders must take up responsibility. An honest and ambitious pan-European political narrative must emerge.

This is the hour of a European vision. Europeanisation must not regress in the wake of this new crisis. Instead, it must accelerate.

With that in mind, measures such as corona-themed eurobonds are a welcome step, but we need more.

We need shock-proofing across the entire board. We need a shared asylum system, a united fiscal policy and massively expanded contagion prevention.

While this may seem like an ordinary federalist wish list at first, these aims must be treated as key components of making sure that Europe can take the next big challenge in its stride.

Given the tone of the public discourse, convincing the member states will of course be an uphill battle. That said, it is a battle worth fighting, and it is the duty of all passionate Europeans to make sure that it is won.