How to overcome Europe’s big disconnect: Lessons from a crowdsourcing exercise

By Eric Labaye and Pascal Lamy 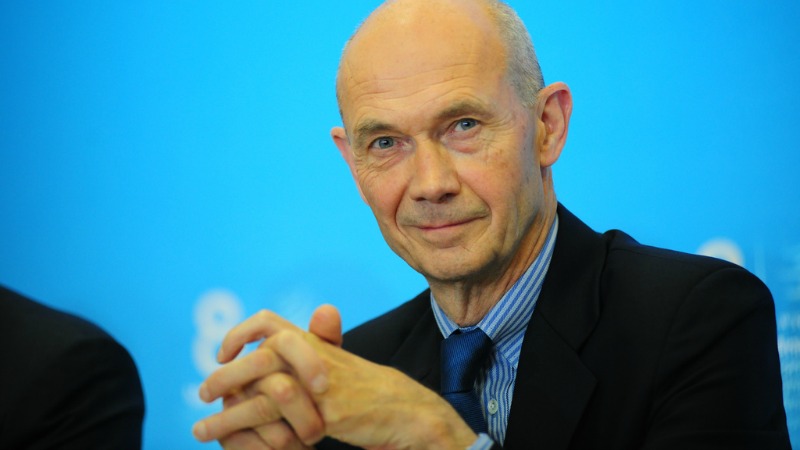 Pascal Lamy at the Eighth Session of the Ministerial Conference held in Geneva, Switzerland on 15-17 December 2011. [World Trade Organization / Flickr]

Europe lacks a clear sense of purpose, write Pascal Lamy and Eric Labaye. A new narrative and some concrete projects might help put it back on track, they write, drawing inspiration from an essay contest whose results are being announced this week.

Pascal Lamy is President Emeritus of the Jacques Delors Institute, former Director General of the World Trade Organisation, and former EU Commissioner. He was chair of the judging panel for the MGI Essay Prize.

Eric Labaye is chairman of the McKinsey Global Institute (MGI). The winning essays and a summary of the major themes can be found on MGI’s website, www.mckinsey.com/mgi.

How could Europe be revitalised and its growth restored after eight debilitating years?  Seeking to answer that question through a crowdsourcing exercise, the McKinsey Global Institute (MGI) earlier this year launched a prize essay contest.

The results are now in, and they are sobering. More than 400 people from around the world submitted essays, and while the solutions they proffer are often refreshing and thought provoking, the essays collectively give a dark view of Europe’s public image. The most common refrain is that Europe lacks a clear sense of purpose, that its leaders can seem aloof from the daily concerns of ordinary people, and that, in a changing world, the very idea of Europe no longer inspires or comforts ordinary citizens.

The EU “is not short on ideas to implement or on good ideas being implemented. The disconnect appears to be one concerning inspiration,” one author writes. “Undermining Europe’s growth drivers is a dangerous counter-narrative which is gaining momentum, one that portrays the EU as an inefficient sovereignty thief, hell-bent on generating wealth for a rich ‘elite’ at the expense of the people of (insert any member state here), and the problems and tensions associated with increasing globalisation are blamed on the EU,” writes another.

The good news is that our authors have some concrete proposals to resolve this disconnect. There are three main types.

The first is that Europe needs a new narrative, and that European leaders and institutions need to reconnect with the public in order to help construct it. Greater transparency and more effective communication are essential, but some of the essays go further in proposing active ways to involve Europeans in shaping a common destiny. For example, one essay proposes the ‘largest public consultation in EU history’, a one-year or more “engagement for growth” discussion that will support a future political narrative of the EU as a “social empire” that empowers people. Others propose using digital platforms as a way to crowdsource solutions, or holding Europe-wide prize contests to bubble up creative ideas and stimulate public discussion.

The second type of proposal seeks to move the notion of Europe away from something that for now is largely abstract—and sometimes reviled—to a set of concrete and positive outcomes that European citizens can feel in their everyday lives. Some of the suggestions involve bringing more people together, such as by broadening the existing Erasmus programme for student exchanges among countries to include apprentices or young professionals. Other ideas include setting up a digital streaming service for all public-service broadcasters in Europe, so that Europeans can easily see what the broadcast media in other countries are reporting, or creating digital platforms for a variety of uses, including giving access to open data across Europe or publishing scientific documents in any language.

The third approach is for unconventional measures to unblock European growth and restore vitality to the continent—and in the process, tackle some of the most pressing challenges with which European leaders have so far struggled to cope. Several essays suggest ways to better manage the influx of migrants and integrate them successfully into the workforce. Other unconventional suggestions included the European Central Bank printing money to buy up “excess” sovereign debt and then promptly canceling it, creating “climate change war bonds” to both stimulate investment and tackle environmental issues, or helping to end the North-South division in Europe by granting tax exemptions for foreign investment in countries running a current account deficit.

Reforms will always be fiercely contested unless those who see themselves as losers are compensated, one author writes. His “pay-to-reform” ideas include offering workers in industries affected by foreign competition stocks that are indexed to GDP growth, so that they too can share in the broader benefits of change.

These and many other suggestions made us sit up and take note. While the underlying message from the submissions is that European institutions have become out of sync with ordinary people, there is a very much more positive second message: enthusiasm for a dynamic Europe is alive and well, and there is no shortage of innovative and refreshing ideas to restore confidence in it. What is essential now is to build on that enthusiasm—and ensure the best ideas find a broad audience and are translated into initiatives.

One response to “How to overcome Europe’s big disconnect: Lessons from a crowdsourcing exercise”