Too much democracy can be dangerous 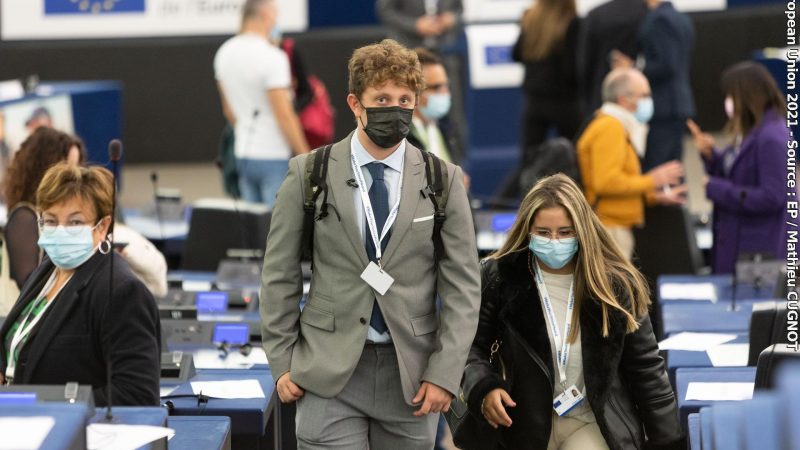 The Conference on the Future of Europe prides itself on giving as many participants as possible a chance to speak. Unfortunately, this horizontal nature of the debate eliminates meaningful discussion of Europe’s future, writes Kaspar Schultz.

The Conference on the Future of Europe prides itself on giving as many participants as possible a chance to speak. Unfortunately, this horizontal nature of the debate eliminates meaningful discussion of Europe’s future, writes Kaspar Schultz.

Kaspar Schultz is the citizen representative of Estonia to the Conference on the Future of Europe.

The third plenary of the conference, postponed due the pandemic, took place on 21-22 January. Although it is not precisely clear how the situation with the pandemic is any better now than in December, I was nevertheless delighted to hear the recommendations made by European citizen panels in person.

The third plenary focused on four themes: values & rights, rule of law and security; European democracy; climate change & environment; and health. As might be guessed, such a long list of very broad topics could at best be summarized, not discussed.

A short summary of discussion is as follows.

Shared values should guide action and rule of law needs to be respected. The citizens want participatory democracy as well as institutional reforms.

The actual debate was unfortunately not so well organized. The plenary was an assortment of pre-rehearsed speeches, overlapping and (self-)congratulatory statements.

That is a far cry from the repeated pleas from co-chairs to discuss recommendations made by the citizens that were published before the conference and also summarized at the beginning of each debate.

As a member of the European democracy workgroup, I can find no better example than transnational party lists for European Parliament elections to exemplify the dysfunction at the heart of the conference.

So, I had to ask. How come the focus is only on fixing the EU representative democracy, which is at the very least, quite effective in its function? This was just part of one recommendation made by the citizens, after all. Are there similar, well-delineated and concise ideas in the field of participatory democracy, a central demand of the citizens?

Nothing specific, unfortunately. Sandro Gozi, president of the Union of European Federalists and member of the Renew Europe group explained his choice to focus just on the transnational lists by time limits, ignoring the fact that most politicians speaking on European democracy had somehow made the same, very specific choice.

Mara Bizzotto, a member of the Identity and Democracy Group, highlighted this point quite well. It is unlikely that transnational party lists are the central concern ordinary citizens have with European democracy.

Neither does weighing the pros and cons of qualified majority voting in the council of the EU trouble the minds of average European citizens.

Instead of being included as a fourth actor in the conference  (along with national parliaments, European Parliament and the council of the EU) in their own right, citizens have been reduced to picking a side in already existing debates to help break the deadlock on politically tense issues.

Hearing summary after summary, I was left uncertain of the benefits that this exercise of democracy was supposed to deliver. The lack of focus both at the plenary and the working groups cannot be compared to the plenaries at the European Parliament, as politicians were not even responding to one another, never mind discussing citizens’ ideas.

The problem comes from the format. While I sympathized with many citizens demanding concrete answers to problems, I can also understand how responding to broad questions is very difficult in 30 seconds.

And yet, if asking questions at the plenary is the only outlet to get answers to these questions, then you cannot blame the citizens for asking, either.

Considering the limited time when all four stakeholders are present, there are surely better ways to work towards Europe’s future. A good first step to achieve this desired politician and citizen cooperation is expanding the time allocated to working groups.

As of now, working groups and plenaries do not feel different from one another. There is no dialogue and really, there cannot be any discussion if groups involve 40+ people without any division into smaller, more focused working groups.

It also does not make sense to pretend that we are all equal as participants. Politicians have earned their position at the conference by being skilled communicators. When the game is speeches, then citizens simply cannot compete.

If during working groups citizens and politicians could actually have a conversation in smaller and more precise working groups rather than making one-off statements, it would help base the citizen recommendations in practice and lead to a higher likelihood that citizens’ recommendations will be put into practice.

Until that happens, it is hard to argue that citizens’ voice has truly been taken into account.

One response to “Too much democracy can be dangerous”