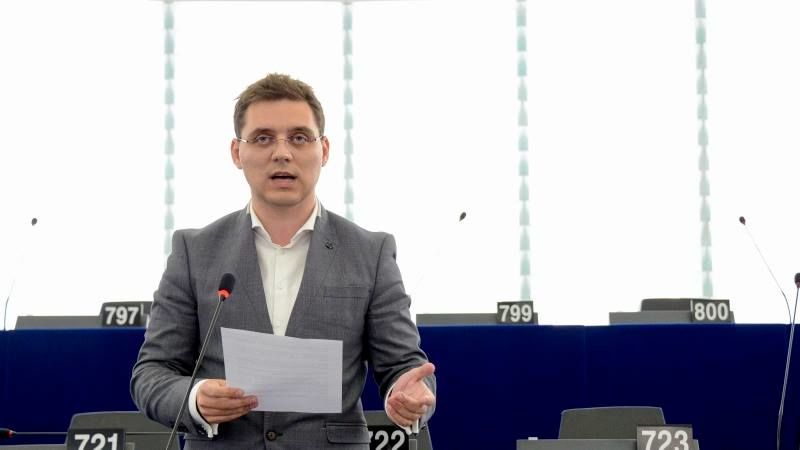 A Romanian MEP has called on the European Commission to intervene following the release of data suggesting that UK border officials could be conducting racial profiling against Romanian and other east Europeans states. [Victornegrescu.ro]

Europe needs a plan for its future but it should be proposed by a new Commission president, writes MEP Victor Negrescu.

European Commission President Jean Claude Juncker’s five scenarios for a post-Brexit EU have rightfully caused quite a stir in the past days, for bringing to the table options that can substantially alter European cohesion.

Ideas such as Europe becoming ’’nothing but the single market’’ completely defeat the aim of the European project, which stands for much more than the economic benefit of the member states. But an even more dangerous scenario is the idea of a two or multiple speed Europe.

Multi-speed Europe is undoubtedly a key issue that we must tackle wisely, and not use Brexit as the supposed opportunity in crisis. The truth is there is more peril than opportunity when trying to create two engines in an allegedly United Europe.

“Coalitions of the willing” in specific policy areas such as defence, internal security, taxation or social matters would lead, in a few years, to the dismantling of the EU as we know it.

It is true that Europe needs a plan: a new plan by a new Commission president, preferably elected directly by the people next time.

Mr Juncker will be leaving us soon, it makes perfect sense for the future to be shaped by new leadership, in a more inclusive way: the recent planning exercise did not succeed in delivering what Europeans are waiting for.

We need an extensive debate backed by research and expert opinions; plus, the European Parliament should be key, as the EU’s democratically elected forum. And more than anything, we need decisive leadership: looking at the hectic times we are living in, a truly United Europe is the only way our continental project can survive.

Let us not forget the lessons of history: we advanced in times of crisis by making a leap of faith via more integration. “More integration” and “together” are the keys to success: the EU has never been a cherry picking exercise or a boat-leaving operation.

There is no way forward in artificial separations: either West vs East, or North vs South, or well off countries vs less developed economies, these polarisations will not take the European project forward.

Such separations would also increase bitterness and conspiracy theories: they can be regarded as a free pass to further indulge policies that enable Western states to take the helm of Europe, leaving Central and Eastern member states, such as Romania, to have little to no say.

My country has made tremendous efforts to become a member state and in its transition to democracy in the past 28 years it has become fully committed to EU values. Therefore, I find no reason for Romania to basically become a second rank EU country via two speed mechanisms; other Eastern countries rightfully agree for their case.

This is a Union among equals and, in truth, what we need is not five scenarios for Europe but one single scenario: Europe’s future should be not two engines on a car but one great car, with one good engine at one constant speed .