Ukraine and the future of Europe: some questions to the EU Member states 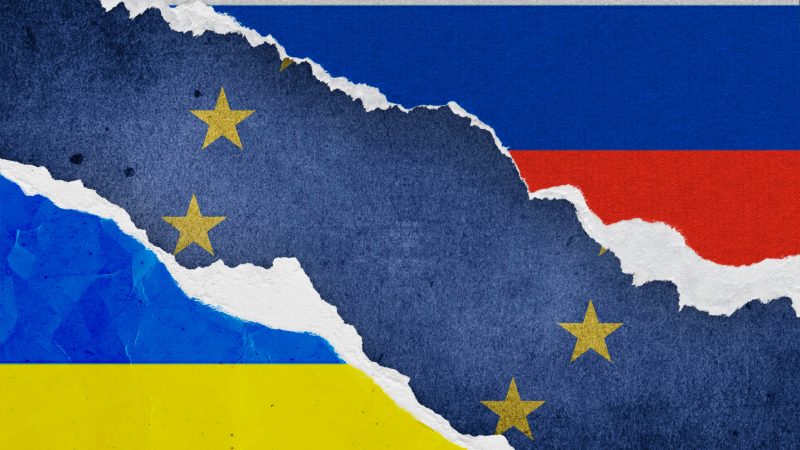 One of the priorities of the Conference on the Future of Europe is “EU in the world”. The Ukraine crisis poses many questions about what is and what should be the EU role in the world.

Roberto Castaldi is the editor-in-chief of EURACTIV Italy and the research director at the International Centre for European and Global Governance (CesUE).

Russia’s recognition of the separatist republics in Donbas implies a de facto annexation. Maybe also a formal one will follow, as with Crimea in 2014. Eight years after the Maidan revolution – when Ukrainians demanded to sign the cooperation agreement with the European Union and many died with the European flag in their hands, until the fall of the pro-Russian government of the time, which was followed by the Russian annexation of Crimea – Europeans are still at the mercy of Russia. EU Member states have not reduced their energy dependence from Russia. They have not created the Defence and Energy Unions, preferring a fictitious and impotent national sovereignty, while only a European one would be effective.

American strategic focus has shifted structurally towards the Pacific, due to competition with China for world hegemony. This is evident at least since the Obama Presidency. The ensuing power vacuum made the destabilisation of Europe’s neighbourhood possible. It allowed Russia (which has a GDP lower than Italy alone and cannot be an aspiring global hegemon) and other powers to pursue aggressive policies without fear of a strong American reaction.

The crisis in Ukraine, like the withdrawal from Afghanistan, shows that European security cannot be left entirely to the US. Developing a European defence capability, the long-awaited European leg of NATO, is indispensable and urgent, both to guarantee European security and to strengthen the Atlantic Alliance.

A single European defence cannot be achieved in a few days. But a common defence, based on the dual model with a small but autonomous European force alongside national ones, is possible. The embryo could be the Eurocorps, which could be fully communitarised, to provide the EU with a Rapid Intervention Force and a command and control structure.

Putin will probably try to reduce the EU and US reaction through diplomacy, waiting for the next favourable occasion to annex another piece of Ukraine – perhaps the corridor to unite Donbas and Crimea and turn the Sea of Azov into a Russian sea – or another country. Economic sanctions will not be decisive, just as those in place since the annexation of Crimea.

This even if Russia is only the EU’s 5th trading partner, accounting for 4.8% of EU trade, while the EU is the 1st representing 37.3% of Russia’s trade. Because the EU excludes Russia’s energy exports from sanctions, as it depends too much on them. Therefore, sanctions give a signal, but do not address the problem.

The 27 EU member states collectively have more than twice the military expenditure of Russia, but far less military capacity. The costs of non-Europe in the defence field are enormous in terms of economics, interoperability, security, the ability to play a stabilising role in the neighbourhood and to be a global player. A study by the University College of Dublin shows that an integrated European energy network could reduce the cost of energy by 32%.

A true energy union – with the pooling of energy reserves, similar to the US Strategic Petroleum Reserve, and the joint purchase of energy from third countries, as it was done for vaccines – could probably halve the cost of energy. This is the energy cost of non-Europe. Therefore, the only realistic European response to prevent future aggression is the political union. Because an energy union and a defence union, with an effectively deployable European military capability, raise the question of its political control, just as at the time of the European Defence Community.