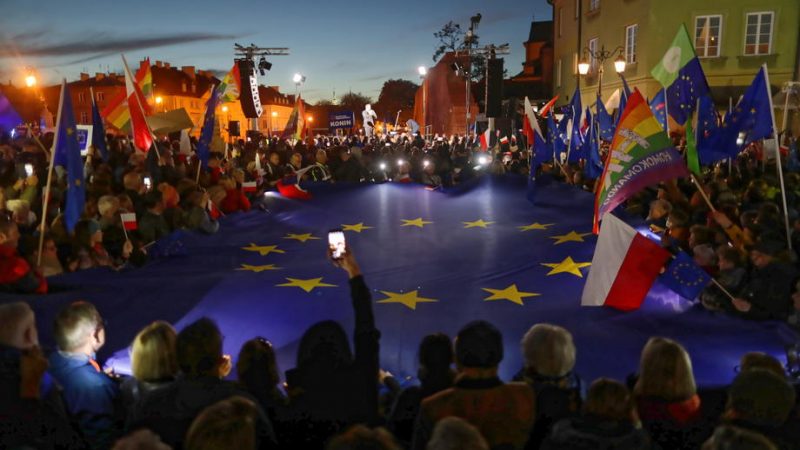 “Be courageous and finally move to qualified majority voting – at least on human rights and sanctions implementation,” Ursula von der Leyen said during her 2020 State of the Union address. To guarantee the EU’s success, it’s crucial to heed that advice, writes Beatrice La Fauci Belponer.

Beatrice La Fauci Belponer is a student at the H-Farm International School in Treviso.

In recent years we have seen certain EU countries be guilty of democratic backsliding and breaches of the Copenhagen Criteria, under which member states are expected to guarantee democracy, the rule of law, human rights, and protection of minorities.

The values outlined in the EU Charter of Fundamental Rights state that countries need to be stable, liberal democracies that recognise these values as their own to become part of the union. Recently, Hungary has been running roughshod over these values under Viktor Orban and Fidesz’s rule.

The party took over ownership of major news agencies to control the information broadcast to the Hungarian public, eliminating press freedom.

Also, the Hungarian government passed laws allowing for the appointment of judges on the constitutional court without any approval from the opposition. This results in the highest Hungarian court not being composed of judges that reflect the people’s values, but only those of the Fidesz party.

By violating people’s rights, Hungary is not complying with the EU charter of fundamental rights.

Similarly, this problem can also be found in Poland.

Under the Law and Justice Party, about 40 per cent of Poland’s judges will be forced out of office and replaced by people loyal to the government. Even worse, the Polish Constitutional court has denied the primacy of the EU law any time an internal norm contrasts with the first. This act disrupts one of the essential principles that uphold the union’s legal system.

How is the European Union expected to function correctly if countries only listen to EU laws when they want to?

Such anti-democratic tendencies are difficult to eliminate since they are protected by the need for unanimity in the EU council.

Unanimous voting constitutes an enormous obstacle in case of a serious violation of the EU’s fundamental values, as we saw happening in both Hungary and Poland. In 2017 and 2018, Article 7 procedures were initiated by the European Commission against Poland and Hungary. On both occasions, the motions were defeated because unanimity was not achieved.

Evidently, Article 7 needs to change. After shifting to majority voting on EU council decisions, whenever member states breach fundamental human rights principles, the rights enjoyed by the member states in question should be suspended. Also, the council should cut partially or totally the disbursement of EU funds to the country in question until the rights breach has been reversed.

All member states should be expected to comply with the union’s values if they want to be a part of it. Moving away from unanimous voting on issues as crucial as human rights violations is the only way to truly safeguard the EU and its citizens.