Gianni Pittella of S&D during the European Parliament. [Stephanie Lecocq/EPA]

This week’s vote on the EU budget for 2018 might signal a turning point in defining the future political landscape of the European Union, writes Doru Frantescu.

Doru Frantescu is the Policy Director and co-founder, VoteWatch Europe

In an unprecedented move, the Socialists and Democrats refused to back the EU budget for 2018. This gesture is a further step towards the realisation of Gianni Pittella’s plan to gradually rebrand the group as an alternative to the policies by the centre-right wing EPP, which is the strongest political family in both the European Parliament and the European Council. 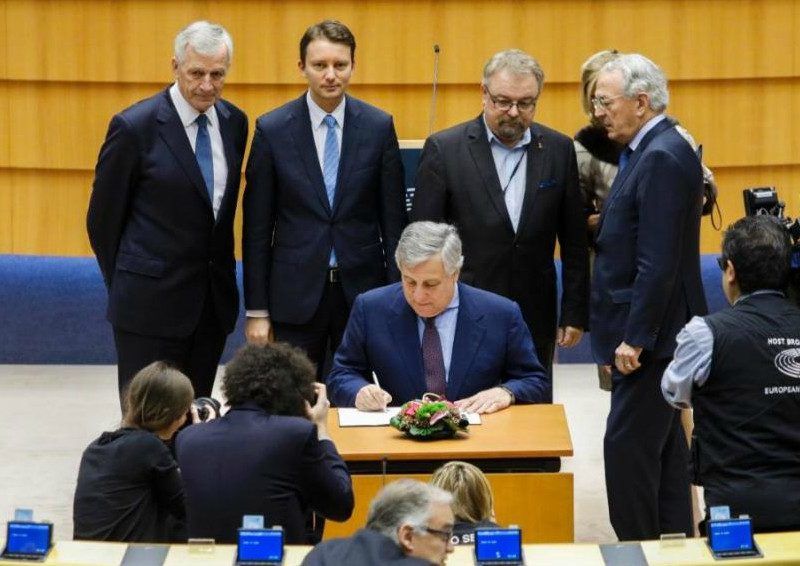 The centre-left wing Greens/EFA also joined the criticism towards the final compromise on the EU budget, as the approved budget is smaller than the one previously requested by the European Parliament (over the current year, the S&D group has agreed more often with the Greens than with the EPP, whereas this was not the case during the preceding years). 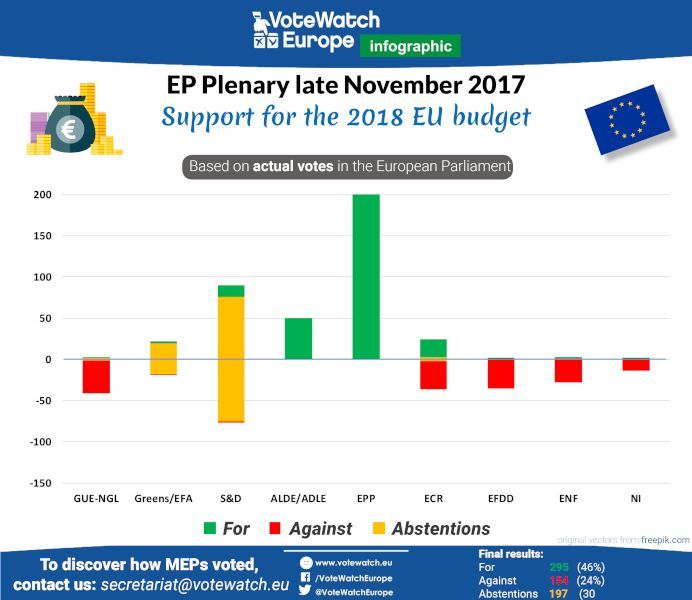 Since the latest elections of the President of the European Parliament in January, the Socialists and Democrats have been calling for a progressive alternative to the grand coalition arrangements that have been dominating EU politics for several decades. This move is also motivated by the need to address the decreasing support for S&D members across Europe, as shown by the recent elections in Czechia, Germany, France and the Netherlands.

However, the S&D group has hesitated to completely move to an opposition role. S&D is still supporting the European Commission and members of the group are holding key positions within the European executive, such as the High Representative for Foreign Affairs (Federica Mogherini) and the Commissioner for Economic and Financial Affairs (Pierre Moscovici).

The support by S&D is often needed for the proposal by the European Commission to pass, as EU legislation has to overcome the opposition by the Eurosceptic groups. For this reason, the group is often willing to compromise with the other pro-European forces (ALDE and EPP) in order to secure a majority for key legislative proposals.

Even at the country level, the plans by several Social Democratic leaders to shift to the left are proving to be very difficult to implement, as shown by the recent developments in Germany, where Martin Schulz’s Social Democratic Party of Germany backtracked from its previous refusal to join talks for another grand-coalition with Angel Merkel’s Christian Democratic Union.

Nevertheless, the latest vote signals that the group is trying to accelerate this process. In this regard, the elections in 2019 will be a turning point in defining the future political landscape of the European Union. It is still uncertain whether S&D will manage to put together an alternative progressive coalition by then.