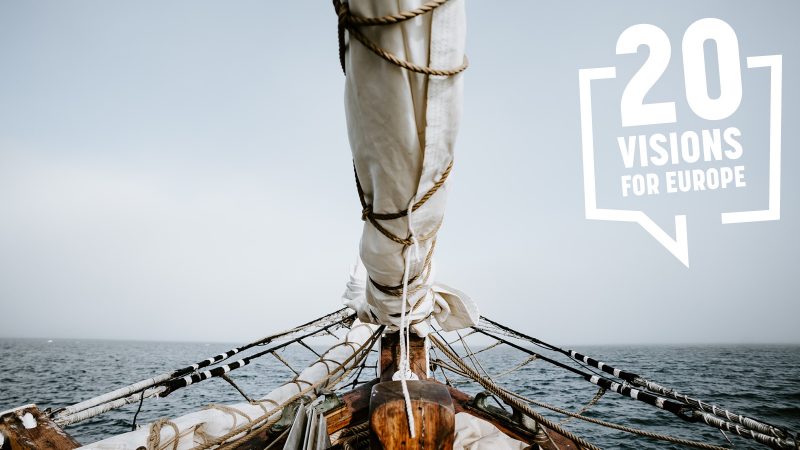 Philippe Van Parijs is a guest professor at the Universities of Louvain and Leuven and a Robert Schuman Fellow at the European University Institute (Florence).

The European project is an ambitious, unprecedented civilizing enterprise. Partly thanks to the single market that formed its core, it managed to tame nationalist passions and stabilize democracies. But the single market has also been eroding the member states’ capacity to protect its citizens and curb inequalities.

If a fatal backlash is to be avoided, the civilising enterprise must develop resolutely its caring dimension, address economic insecurity and halt the growth of inequality. Will Brexit make this easier? It might. But it is more likely to make this more difficult, even impossible if it is made as soft as it can be. Why?

Twenty years ago, William Hague, then leader of the conservative opposition, delivered the following message to the Confederation of British Industry: “In the next millennium, nations will compete with each other for the lightest regulations, the lowest taxes and the most business. Their weapons will not be guns but tax rates.” About regional blocs like the European Union he added: “These great stumbling animals will be outmanoeuvred and outcompeted by the lean, low-tax nation-state.” (Guardian, 2/11/1999).

Today, people holding this sort of view are in power and hoping that Brexit will give them free rein. As Dominic Raab, now foreign secretary, put it at the 2018 conservative party conference: “History will judge Brexit, not on the tortuous haggle with Brussels. But as a springboard to a buccaneering global embrace of free trade.”

A buccaneering Britain is not only meant to outcompete great stumbling animals thanks to low taxes, light regulations and competitive devaluations. It is also meant to do so by plundering the most valuable of all resources: human capital. While less than 300.000 UK-born higher-education graduates live in EU27, over 900.000 EU27-born higher-education graduates live in the UK.

Barely two weeks after becoming Prime Minister, Boris Johnson made clear that he wanted to further expand this formidable net brain gain of over half a million. He asked his embassies to spread the news that he was determined to “ensure our immigration system attracts the very best minds from around the world” and that, for this purpose, his government will abolish the cap on the number of Exceptional Talent Visas, design a fast-track immigration route for specialists in science, engineering and technology, and remove, for this sort of people, the need to hold an offer of employment before arriving in the UK.

There is no doubt that the British government expects this cherry-picking immigration policy to work wonders. And it can do so because it knows that it can rely on three major assets.

Firstly, the reputation of British higher education. By the standards of the latest QS ranking, Brexit will deprive the EU of its three universities in the world’s top ten, and of seven out of twelve in the top fifty.

Secondly, the size of London. In a world in which economies of agglomeration keep gaining in importance, the EU’s biggest metropolis will not lose its attraction power any time soon.

Thirdly and most decisively, English. In Europe and throughout the world, education systems, helped by individual motivation, equip pupils so as to make them linguistically fit to integrate smoothly into the UK’s labour market and society. The spreading of English as a lingua franca has turned English-speaking territory into a powerful magnet, with a large pool of potential entrants from which it can pick.

With control taken back over its borders, the UK can leave to the EU27 the thankless job of hosting and socializing the innumerable refugees and migrants — including hopeful “transmigrants” — arriving en masse from the Middle East and Africa. At the same time, it can open its doors wide to the brains it needs. Indeed, as Boris Johnson’ recent message illustrates, it can proactively undertake to suck them away from wherever they were bred at great expense.

Deal or no-deal, some agreement will have to be struck about the “future relations” between the UK and the EU. This agreement must prevent a buccaneering Britain from wrecking Europe’s civilizing project through tax competition, cherry-picking immigration and free-riding on the global public goods produced by the EU.

Because of the UK’s three structural assets mentioned above, this will not be easy. But especially given the increasing weight of ecological considerations, a “buccaneering embrace of free trade” will remain wishful thinking if the UK is barred from trading with the European continent. As a condition for access to the single market, whatever constraints the EU imposes now or will impose in the future on its member states must apply just as much to the United Kingdom.

Will this turn the buccaneer into a vassal? Rather an external partner, but one who needs to understand what fair partnership means and to behave accordingly. One day, no doubt, it will realise how vacuous national sovereignty has become in today’s world. It should then be most welcome to become again an integral part of our “great stumbling animal”, of the great yet laborious civilising enterprise to which it can contribute in the future even more than it did in the past.