20 Visions for Europe: ‘The Euro’s journey is far from finished’ 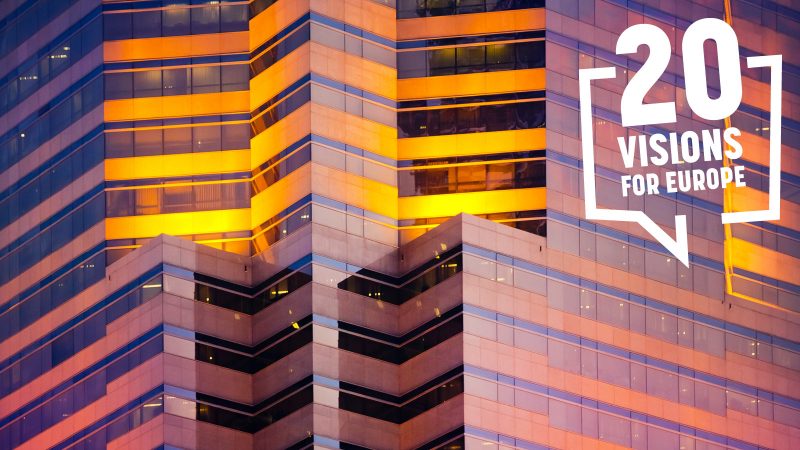 Luis de Guindos is the vice-president of the European Central Bank. He was the minister of economy, industry and competitiveness of Spain between 2011 and 2018.

EURACTIV was born shortly after the introduction of the euro. Twenty years ago, exchange rates between 12 EU member states disappeared and their national currencies were replaced with one single, European currency. Now, the first generation to know only the single currency has grown up.

Imagine how surprised young people today would be if they had to change currency three times while travelling from Lisbon to Berlin. The euro is the most tangible symbol of European unification, and it is here to stay and prosper.

My personal wish for the coming years is that strong European institutions and Member States work together to rebuild trust and create the foundations for the changes we need to make to the architecture of the monetary union.

We need a genuine capital markets union and banking union, without the borders and ring-fencing we see today, and with a deposit guarantee scheme and a European safe asset. This financial union will enable more risk sharing and make the system more resilient.

The incoming new European leaders have promised to proceed with economic integration and are ready to adapt our economic structures to the challenges of climate change and strengthen the European Pillar of Social Rights. Only a more robust Economic and Monetary Union will maintain and strengthen the international role of the euro.

Where would the Single Market be today, after the global financial crisis and facing rising protectionism, if each and every EU member state still needed to adjust their own exchange rates?

Only the euro, and the decision to create a new architecture for Economic and Monetary Union (with European banking supervision and resolution authorities and the crisis tool European Stability Mechanism), saved us.

The euro was a logical progression of the Single Market, marked by a profound deepening of European value chains. Today, most euro area countries export more to each other than to the United States or China.

After the crisis, growth recovered and employment in the euro area reached record highs, supported by an accommodative monetary policy. Average monthly inflation in the euro area since 1999 has been 1.7%, significantly lower than in the decades before our common currency was introduced.

The journey towards greater integration that we started 20 years ago has been long, and it is far from finished. Success has not been evenly distributed. But, overall, the euro has strengthened our conviction that it is only through more Europe that the implications of this integration can be managed.

The remaining institutional weaknesses of our monetary union cannot be ignored – they risk seriously damaging what we have achieved so far. Logic would suggest that the more integrated our economies become, the sooner banking union and capital markets union should be completed, and the faster the transition should be from a rules-based system for fiscal policies to an institution-based fiscal capacity.

During the great financial crisis and the European sovereign debt crisis, European leaders stood together to preserve the euro as the most important achievement of economic integration. Because of banking union, banks are now far better capitalised.

But there are still significant weaknesses across the euro area, such as the large amounts of non-performing loans and high unemployment in some countries. More importantly, there is still a lack of trust among member states, making it very difficult to achieve the risk-sharing we need in a fully developed financial union.

Twenty years from now, another entire generation will have known only the euro as its currency. I would hope that more EU countries will have introduced the euro by then. Support for the single currency is currently the highest it has ever been, according to the Eurobarometer survey, but there is still room for improvement.

The euro was once just a vision, which became a project and then a reality. European monetary union is still incomplete, but, like our European unity, it is here to stay.

5 responses to “20 Visions for Europe: ‘The Euro’s journey is far from finished’”