Will this year be a meaningful one for Europe? 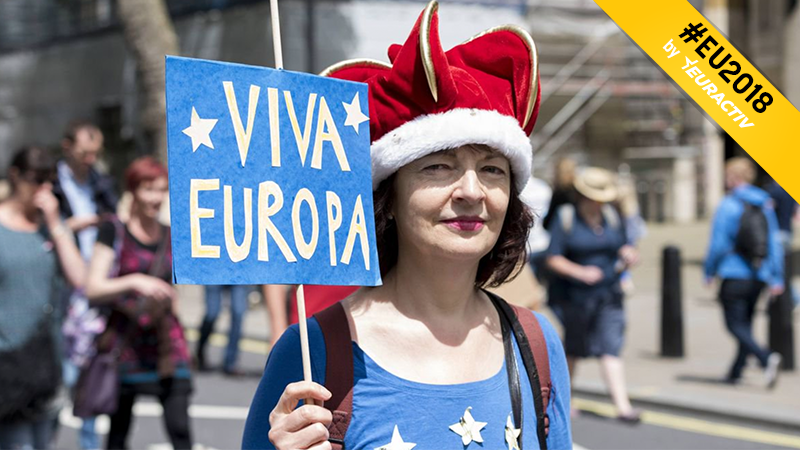 Europeans have not yet entirely decided what they want to do together. The obviously powerful narrative glue uniting them, such as the war and the peace of the 50’s, still has to be forged, writes Antoine Ripoll.

Antoine Ripoll is director of the European Parliament Liaison office with US Congress, Washington DC. This article was translated from French by Ilaria Luce, and only reflects the author’s personal views.

Will 2018 be a meaningful year for Europe, hemmed in as it is by powers that are relinquishing their roles or disagreeing on its underlying fundamental principles?

Will this be the chance for Europeans to “take destiny into their own hands”, as advocated by the German Chancellor, acknowledging that times have changed?

The transatlantic relationship might remain stable over the long term, and the question marks over the new administration’s intentions could well be just a passing phase. On the other hand, the “America first” doctrine could weaken EU/US relations and unsettle the post-war international order.

The Russian military exercises feigning aggression against the West could be just that: exercises. The annexation of the Crimea might suffice to placate the Russian bear, safe in the knowledge that its back yard is guaranteed. But Vladimir Putin’s probable reelection in a few months could also herald a new tug of war between Moscow and a western world enfeebled by its internal differences.

The military success of the international coalition against ISIS and the efforts deployed throughout the Sahel and Libya to contain the flood of refugees might slow the next migrant waves. But how long will the dam hold up?

Finally, the conciliatory rhetoric of the Chinese premier could make us forget that China’s persistently strong growth rates are mainly due to the fact that no dissent is tolerated and its standards are quite low.

At a time when even uncertainties are far from certain, there is a daily growing sense that our world is seeing Europeans increasingly isolated in their defense of an international world order based on cooperation, high standards, and the respect of fundamental rights.

Their traditional allies on the other side of the Atlantic ocean seem more inclined to fold back onto themselves than use their power to influence the world along the lines of common principles.

Given the context, the time has come for Europe to decide if and how it wants to defend these very same principles.

The time has come for Europe to take in hand a larger share of its security.

The time has also come for Europe to build a more robust economy, overcome the scourge of unemployment, and complete the single market.

None of this will be achieved as long as citizens do not retake possession of the European project; as long as they do not have the deep conviction that being European is as meaningful as being local, regional, national, or global.

There shall be no high standards of living and founding principles defended as long as nations do not decisively commit to share their sovereignty. There shall be no commitment to security unless there is a widespread feeling of sharing a common destiny. There shall be no substantial economic and social progress without the economies of scale only allowed by a truly integrated economic model.

Europeans have not yet entirely decided what they want to do together. The obviously powerful narrative glue uniting them, such as the war and the peace of the 50’s, still has to be forged.

And yet this “new normal” unstable world is offering us an opportunity and inviting us to make a choice. We can either commit to a political project on a Europe-wide scale and give ourselves the means to defend our way of life and our societal model, or we can resign and condemn ourselves to passively suffer through the political choices of our neighbours and competitors.

The big question for 2018, given the United States’ relative retreat from the world scene, is who is going to take their place and with what policies.

Will it be Russia? China? Could it be Europe?

It is up to national and European political forces, but also to civil society in all its manifestations, to keep this debate alive and see it through to the end. With a year to go before the next European elections, 2018 could be the ideal time to take this work in hand.