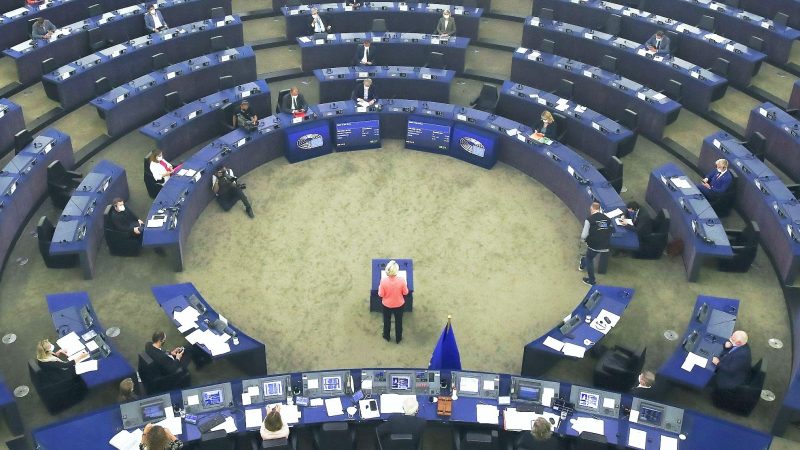 European Commission President Ursula von der Leyen delivered her annual state of the union address in the European Parliament on Wednesday (15 September), praising the EU’s efforts in dealing with the pandemic and economic recovery, but also calling for more efforts to achieve strategic autonomy, climate goals and a coherent European defence policy.

For a blow-by-blow account of her speech, visit EURACTIV’S Liveblog.

Below are the key policy stories based on her speech and the European Parliament’s plenary session in Strasbourg.