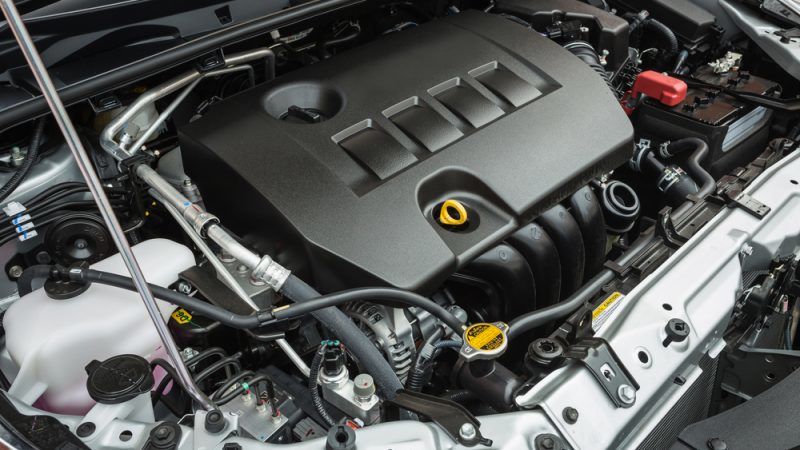 Petrol and diesel engines may have to go the way of the dodo if the Paris Agreement's targets are to be met. [Shutterstock]

Research conducted by the German Aerospace Centre, commissioned by Greenpeace Belgium, says that passenger car engines as we know it need to be completely phased out from new sales before the end of the next decade.

Otherwise, Europe will struggle to “meaningfully contribute” to limiting global warming to 1.5 degrees Celsius, the most ambitious part of the Paris Agreement on climate change’s “well below 2 degrees Celsius” overall aim.

Green activists have now urged governments to adopt effective phase-out regimes, so that existing fleets can be replaced in good time.

The study provides two clear options for meeting the 1.5 degrees goal: one uses a so-called carbon budget that means there will be a 50% chance of hitting the target, while another assumes a more ambitious 66%. A carbon budget is the amount of CO2 we can emit before global warming takes effect and pushes the planet over a certain average temperature.

In the one-in-two chance scenario, the findings insist that unchecked passenger car emissions will eat away the carbon budget for staying under 1.5 degrees within a decade.

For the more ambitious 66% likelihood, the news is even more grim as the budget will be exhausted within just five years if business-as-usual continues.

The German Aerospace Centre study authors concluded that those figures show either “stringent” CO2 cuts to passenger cars are necessary or further cuts in other sectors have to be identified.

In Europe at least, that latter option appears to be a non-starter given that emission cuts can only be sold politically if all sectors are expected to make even progress in reduction measures.

Given the current public attention levied at air quality, urban mobility and the associated health concerns, the study also assumed that demand for the combustion engine will fall gradually by itself.

“The phasing-out of the internal combustion engine in passenger cars will not only benefit the climate, it will also help solve the air pollution crisis and improve the quality of life for everyone,” said Barbara Stoll, Greenpeace Clean Air campaigner.

During the now annual car free day in Brussels on Sunday (16 September), air pollution fell by a massive 30% in the EU capital’s smoggiest streets and even further in other areas.

If governments were to heed these 1.5 degree warnings and take measures to kill the combustion engine, then consumers would need to be offered an alternative.

The study acknowledges that increased production and sales of battery-powered vehicles would need to be adopted but also warns that could create problems in the job sector and environmental concerns due to the reliance on rare earth metals.

The study does acknowledge that other options are available beyond mass electric car uptake, including synthetic fuels and changes in behaviour, but they are not included in its assumptions.

However, it does insist that they should be taken into account when developing options to come up with carbon reduction strategies.

Pledges to ban petrol and diesel have already been made by the French and British governments, which set a 2040 deadline, while carmakers like Volvo have even promised only to make electric and hybrid vehicles from as early as next year.

The European Commission’s scope to propose a ban of this nature appears limited, given that the institution adopts a technology neutral approach to legislation, meaning that precluding a certain drivetrain from production is a no-go.

Although details are still hazy, government officials revealed late last year that a ban might happen “in the near future”.

Industry insiders have already concluded that if a country that sold 28 million new vehicles in 2016 makes such a big policy decision, then carmakers and the rest of the world will be forced to follow suit.

EU legislators are currently working on plans to cut CO2 emissions from cars and vans between 2021 and 2030, and MEPs are due to vote next month on how strict to make the reduction targets.

Lawmakers on the European Parliament’s environment committee agreed last week on a 45% fleet emissions target for 2030, with a whole host of benchmarks and low-emission vehicle sales targets.

That target is a beefed-up version of the Commission’s initial 30% proposal and EU member states are expected to tinker with the rules further.

But Greenpeace warned in a statement that the current discussions “show how far European politicians are from grasping the true scale of the challenge”.

MEPs will vote during the first plenary session of October on the car and van rules, while new limits for trucks are also on what is shaping up to be a packed transport agenda.