These so-called "pop-up cycle paths" or "corona lanes" have made many people happy, with people in Berlin handing out flowers to construction workers, for instance. In this way, almost ten kilometres of new cycle lanes have been created in Berlin in recent weeks, with twelve more to follow soon. (AP Photo/Martin Meissner)/MME123/17310493692096/1711061456

Very slowly, the city administration’s vehicles have been seen driving through the city centres at night, drawing thick yellow and white lines on the road – brand new cycle paths.

Since car traffic has fallen sharply in many places due to coronavirus restrictions, many cities around the world have set up improvised cycle paths on streets where car traffic usually rages.

These so-called “pop-up cycle paths” or “corona lanes” have made many happy, with people in Berlin handing out flowers to construction workers, for instance. In this way, almost ten kilometres of new cycle lanes have been created in Berlin in recent weeks, with twelve more to follow soon.

And more routes are currently being looked into. Night-time bicycle lane operations were also sighted in Brussels, which plans to build a total of 40 kilometres of new cycle lanes.

In Paris, where traffic had fallen by up to 84% between January and March, Mayor Anne Hildalgo announced on Tuesday (5 May) that she would be setting up 50 kilometres of new cycle lanes as quickly as possible, which should run along the heavily used metro lines.

The curfew ending on Tuesday had fundamentally changed the living conditions of many people, French Environment Minister Elisabeth Borne told the newspaper, Le Parisien. “We want this period to mark the beginning of a new stage in cycling culture and for the bicycle to become, in a sense, the little queen of reopening,” she added. 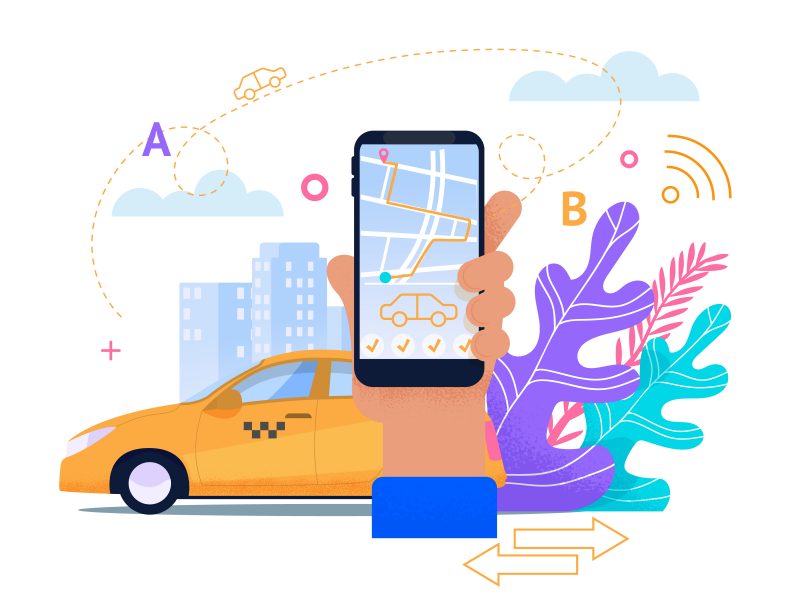 Mobility Atlas: 'It is not about completely abolishing the car'

Europe’s railways stretch over 217,000 km and its motorways total about 77,000, while 329 major harbours and just as many airports are in operation. How can such a vast infrastructure network be turned into a transport system that will make mobility completely climate-neutral by 2050 at the latest? EURACTIV Germany reports.

But these pop-up cycle paths are only provisional harbingers of a planned traffic transition, for which concepts have long been available in many cities. It just seems like the pandemic could accelerate everything.

In Berlin, where the first nationwide mobility law has been in place since 2018, more than €30 million was to be invested in bicycle infrastructure this year anyway. After all, the law provides for urban planning to be geared towards pedestrians and cyclists in the future.

By 2030, traffic in the city centre is to be completely emission-neutral, and vehicles with petrol or diesel engines will no longer be allowed to drive within the Berliner Ring, which is an orbital motorway around the German capital city. On top of that, buses will be converted to non-fossil propulsion energies.

At the same time, Berlin is to become more and more bicycle-friendly. Already now, similar to Paris, there are only 35 cars per 100 residents.

By 2025, Berlin, therefore, wants to build about 100,000 additional bicycle stands and rebuild intersections to make them less dangerous for cyclists.

Paris: No road without a bicycle path

Meanwhile, in the French capital, the incumbent mayor Anne Hidalgo is using the coronavirus crisis to take her long-running fight against the congestion on Parisian streets to the decisive phase. “I will not allow Paris [after the curfew is lifted] to be overrun by cars that are a symbol of air pollution,” Hidalgo recently announced.

On 29 April, the French ministry for ecological and unified transition presented a €20 million package to encourage Parisians to cycle more in the future.

These include making the traditionally busy Rue de Rivoli, which crosses Paris from east to west and runs in front of the city hall and the Louvre, completely car-free from Tuesday. At the same time, parking facilities for commuters outside the city will be doubled.

However, there are also critical voices.

“In times of the curfew, the car is an ally against COVID-19. The French are not yet ready to use public transport. We have to be pragmatic,” said Pierre Chasseray, chairman of the French car driver association, “40 millions d’automobilistes”.

But the mayor’s plans go further.

Even before the health crisis, Hidalgo had presented her plan for a complete reconstruction of the city in January. By 2024, she promised that every street in Paris would have a bicycle lane, every bridge a protected lane. More than 70% of the parking spaces – around 60,000 of them – are to be removed from the city centre to make driving increasingly unattractive.

The beginning of the ‘vélorution’?

And what about Brussels?

There, the lockdown, which also ends on Tuesday, is to be the starting point of a true “vélorution”, a revolution in bicycle traffic.

In a few days, the entire city centre is to be declared a zone of calm traffic. Pedestrians and cyclists will be allowed to walk everywhere within the inner ring, and vehicles will be allowed to travel at a maximum speed of 20 kilometres per hour, as all traffic lights will be switched to amber flashing lights.

In three months, the city wants to evaluate whether the concept will be continued.

In a letter, Mobility Minister Elke Van den Brandt asked the people of Brussels to continue cycling after the lifting of restrictions.

“If you are in good health and the distance is not too great, take the bike. That way, cars will not again clog up our capital when schools, businesses and shops reopen”.

Whether and how long the population will follow such advice remains soon to be seen.